Who does New York’s most notorious gambler, Howie Spira, pick to win the Super Bowl? Watch and find out!

Rent or buy The Brawler today!

Ghost In The Graveyard The Movie

Ghost In The Graveyard The Movie

Two Y generation dreamers meet and begin dating through false pretenses but when their lies catch up with them they are forced to take a good look at their choices and become the people they dreamed of.

JARS Productions is pleased to announce their feature film, LiveLove is now available on Amazon! Check it out!

JARS Productions is pleased to announce their feature film, LiveLove is now available on Amazon! Check it out!

When Chris meets Lily they spark a mutual connection instantly, it's not until he finds out she is a Cam Girl that things start to get complicated...

New York City, July 30, 2015 – JARS Productions and Massive Film Project , has inked a deal with controversial sports figure Howie Spira, to produce a feature film and a documentary on his life. On the 25th anniversary of the suspension of former NY Yankees Owner George Steinbrenner, Spira, credited with getting “The Boss” thrown out of major league baseball, finally gets to tell his side of the story.

Spira, the former publicist for Dave Winfield and The Winfield Foundation was at the center of a scandal that saw Steinbrenner suspended from Major League Baseball by former commissioner Fay Vincent and Spira himself serving time in prison. Spira’s gambling ties to organized crime, coupled with Steinbrenner’s quest to destroy Dave Winfield made for a near unbelievable story that gripped the headlines and kept the world glued to the sports pages back when the firestorm occurred.

"I am absolutely thrilled that 25 years later I finally have the opportunity to tell my complete story and tell the world exactly how things took place” said Howie Spira. Spira will serve both projects as story consultant and Executive Producer.

“Howie’s story, which will takes an inside look at the headline grabbing story of a young man , in over his head, at war with George Steinbrenner, The New York Yankees, Dave Winfield, and the mob. It’s a gritty New York Sports / Crime story that captured the imagination of the baseball world and many others” said, Ken Kushner. “I am thrilled to be a part of telling this explosive story, one that is truly one of the darkest chapters of baseball history” said Kushner.

"Howie's life story is going to make for a set of amazing films. Following his life from gambling, mob ties, FBI investigations and of course the Yankees Steinbrenner-Winfield scandal, his story has the potential to be a “Goodfellas” type of film and that’s our goal." said Rob Simmons. “The documentary will mirror his life and give the audience an opportunity to learn this story from the source” said Simmons.

“From the moment I met Howie, I was captivated and knew I had to help bring his story to the big screen. It’s just too good a story for everyone not to see”, said James Abbott. We will explore Spira’s story from the inside, with Spira sharing all details of the wild events that made up his life with the audience” said Abbott.
The film is scheduled for pre-production this Fall. Cameras will be rolling this August on the documentary.

Listen to Howie live from 7-8pm tonight in OWWRNY.ORG

SExiled! (A Short Comedy Filmed on the Blackmagic 4K Camera)

Leah needs to get her office keys from her roommate, but he's ... busy.

The JARS Partners with Chuck D after having shot a demo he was featured in.

The JA & RS getting it done on Dedd Brothers

Oscar night! Who's taking home the big one? Let us know your thoughts.

This is the very first DEDD BROTHERS trailer to be released. Enjoy!

Looking to produce a comedic web series in the near future. Minimal characters and locations. Inbox with any ideas/treatments/scripts!

Happy and Healthy New Year from us here at JARS!

This year saw our first feature film obtain a distribution deal! Looking to keep the momentum rolling in 2014 with lots of great projects on the horizon!

You know, Finch, JARS likes you too!

Be the first to know and let us send you an email when JARS Productions posts news and promotions. Your email address will not be used for any other purpose, and you can unsubscribe at any time.

Send a message to JARS Productions:

Who does New York’s most notorious gambler, Howie Spira, pick to win the Super Bowl? Watch and find out! 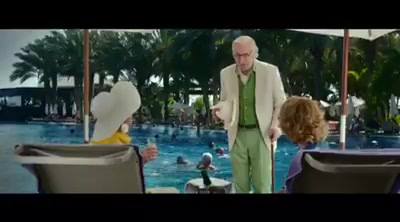 We are very happy to have found a work agreement whit you for the realization of our film THE SONG OF PURE BLOOD!! We are very confident that you can sell the screenplay and that it can be realized A GREAT MOVIE. Full speed ahead!!! Matteo Rosa