‘The Americans’: In Season 4, the Wars Grow Colder and More Dangerous

Season 4 of The Americans premieres tonight at 10pm! Don't miss it!

When “The Americans” returns to FX this week, Paige grapples with her parents’ story and the consequences of confiding in a friend.

Congratulations to our very own Ken Hahn for winning at this year's CAS Awards!

WINNER of Television Non-Fiction, Variety or Music Series or Specials goes to:

The Fx series, 'The Americans' follows embedded Russian spies (Matthew Rhys and Keri Russell) during in the 1980s. Set in the Washington DC suburbs, but shot in the boroughs of New York, their double lives expose them to both domestic and worldly conflicts. Join Lead Re-recording Mixer (Dial and Mus…

Mixing the final episode of season 3 of The Americans today! Great season everyone!!

Hello everybody! Make sure to check out season 3 of The Americans, Wednesday nights at 10PM on FX.

We've recently been featured in an article on Postperspective about some of our mixing and sound editing techniques.

Sync Sound digs into its third season of audio post for this FX series By Jennifer Walden The concept of FX’s The Americans, now in its third season, is incredibly compelling — two Cold War-era Soviet spies, who look and sound as American as the proverbial apple pie. They have two kids, a house in t…

Make sure you check out Unbreakable Kimmy Schmidt, a new comedy series on Netflix brought to you by the hilarious minds behind 30 Rock, Tina Fey and Robert Carlock.

Unbreakable Kimmy Schmidt will begin streaming on Netflix on March 6, 2015.

A very special congratulations to our friends at HBO for winning an Oscar for Best Documentary (Short Subject) - Crisis Hotline: Veterans Press 1

The program is a touching insight into the nation's su***de hotline center for American servicemen and women.

Our very own Ken Hahn worked as the Sound Supervisor and Re-recording Mixer. 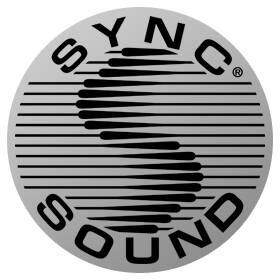 Make sure you guys check out the premiere of
The Americans Season 3 tonight on FX @ 10pm. All audio post production done in house here at Sync Sound!

Episode 1 – “Doctor of Deceit” Tammi McCreary thought she had met the man of her dreams in Eric Perteet. A charismatic and ambitious doctor from Chicago, Eric quickly swept Tammi off her feet but Eric was not what he seemed to be. Shortly after their wedding, Tammi is faced with a string of shoc...

Here's a video preview of next season's Live in HD transmissions. Which operas are you most excited about? http://bit.ly/13SiTEi

You can't miss the premiere of FX's new show The Americans this Wednesday, January 30th at 10 PM/EST. Sync Sound provided the complete audio post production package for the series.

FX original drama stars Keri Russell, Matthew Rhys as undercover Soviet spies in US near end of Cold War in 1981.

As part of the Post New York Alliance, Sync Sound is participating in a canned food drive with the Food Bank For New York City to help victims of Hurricane Sandy. Please visit the virtual food drive website for more information.

Sync Sound was proud to provide mixing facilities for the upcoming PBS special of the Tanglewood 75th Anniversary Music Celebration. Mixed in Studio B, engineer John Bowen edited and assisted Oscar-winning mixer Shawn Murphy for the duration of the project. The PBS program will air Friday, August 10 at 9 p.m. ET as part of the PBS Arts Summer Festival.

Watch ABC tonight at 10:00 PM/ET to catch the premiere of NY Med, a new eight part documentary series that was mixed here at Sync Sound. The show takes a raw and intimate look at life inside the most famous New York-Presbyterian Hospital in America's largest city.

AP: “The ultimate joy of any..documentarian is to...find the story in the raw material.”-Terry Wrong. Click here to read the full review

The New York premiere of Wish Me Away is being held tomorrow, June 1st, at the Quad Cinema at 34 West 13th Street. The documentary follows the story of country music star Chely Wright and was mixed at Sync Sound by co-owner Bill Marino.

Chely Wright: Wish Me Away, the award-winning documentary by Bobbie Birleffi and Beverly Kopf is the inspirational story of the first country music singer to come out as gay and face the consequences.

HBO: The Weight of the Nation

Tune in to HBO on May 14th and 15th to see The Weight of the Nation, HBO's new documentary that takes a look at America's obesity problem. The doc was edited and mixed at Sync Sound.

The official site for The Weight of the Nation on HBO. Watch videos, take action, spread the message, and learn more about the obesity epidemic in America.

Be sure to check out One Nation Under Dog and Wagner's Dream at the Tribeca Film Festival. The two feature length documentaries were edited and mixed at Sync Sound. The festival lasts until Sunday, April 29th.

Check out our exclusive ticketing tips for TFF 2012. Tickets are on sale now for everyone, and for the first time ever, you can buy tickets on Facebook and reserve seats for your friends! | Read More »

The Weight of the Nation, a 4-Part HBO Documentary Films series premieres May 14 and 15, only on HBO.

Washington Post: “‘God Is the Bigger Elvis’: Cloistered with a hunka burnin’ love”

Washington Post: “‘God Is the Bigger Elvis’: Cloistered with a hunka burnin’ love”

Rebecca Cammisa’s moving documentary profiles Dolores Hart, who in 1963 gave up movie stardom and broke off her wedding engagement to join a community of Benedictine nuns.

Guess who stopped by the MTV office? Dan Savage and Lauren! Can't wait for the Savage U premiere tonight at 11/10C.

What would you say Liz Lemon’s greatest weakness is? I’d have to go with anything related to cheese, but she surprised most everyone with her...

As the daughter of a former nun, director Rebecca Cammisa brings a unique perspective to her film God is the Bigger Elvis, premiering April 5 on HBO. Read about it here.

Oscar nominated film, God is the Bigger Elvis, got the royal treatment from mixer and supervising sound editor Ken Hahn and sound editor Neil Cedar. HBO producer Julie Anderson brought this special project to Sync Sound for audio editing and to Digital Cinema for the 5.1 mix. It was nominated in the Best Documentary, Short Subjects category.

The 2011 Grammy for Best Opera Recording went to the Metropolitan Operas "Doctor Atomic". Audio Producer Jay David Saks edited with Sync Sound's John Bowen and mixed with co-owner Ken Hahn. The opera was mixed in both stereo and 5.1 for Sony Classics on DVD. Originally recorded live by Saks, the 120 plus tracks were edited and mixed on Protools with a D-Control console monitored on K+H speakers in Sync Sound's Studio B.

When the 2011 CAS Award nominees were announced on Janruary 19th, the list contained three programs that were mixed at Sync Sound, Inc. / Digital Cinema, LLC. Co-owner Bill Marino mixed "Bobby Fischer Against the World" (HBO) on the big stage at Digital Cinema. His partner Ken Hahn, along with music producer and mixer Jay David Saks, were nominated for their work on the Metropolitan Opera's presentation of "Nixon in China" which aired on PBS. Rounding out the triple play was Leslie Shatz, guest mixer and co-owner of Wildfire Studios in LA, and scoring mixer Todd Whitelock who spent their time at Digital Cinema to mix the five part series "Mildred Pierce" for HBO Films. Congrats to everyone and good luck!

The website is live! Check out what we've been working on and let us know what you think!

Welcome to Sync Sound's new page. Our new website will be launching soon and this page will mirror what you can find there.

Be the first to know and let us send you an email when Sync Sound, Inc. posts news and promotions. Your email address will not be used for any other purpose, and you can unsubscribe at any time.