Putting MUSIC back in music. Our trajectory has covered urban, classical and jazz music with recordings, events and marketing campaigns throughout the globe.

Music Labels:
An independent multi media company from New York City established in the financial district of Manhattan in 2003, M27 specializes in music, film/video and book publishing. We are looking for new talent in all areas of music and artistic development . We are always going that extra mile for our artists and believe that art as a reflection of life contributes immensely to community affairs, development and sustainability in culture.

Proud to present this wonderful event this evening at 787 Seventh avenue 7:30pm

The world premiere of the concert version of “El Condor Pasa: Andean Hope” by Dante Valdez

We have some wonderful international artists and a wonderful chorus joining the beautiful Symphony orchestra of the United Nations.

The revolution is alive!!! 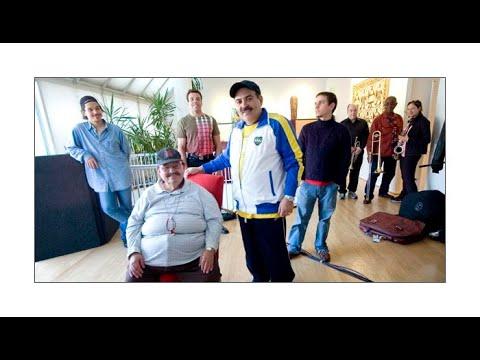 Composed by Dick Griffin, "Just for Peace and Love" is the first release of a series of musical films in dedication to the late great American Jazz pianist H...

Just for Peace and Love

M27 Records obtained a performance worth sharing. The musicianship in this clip by Frank Valiente, Raúl Jaurena and Pablo Aslan tell a dynamic militant story. A wonderful performance!

We have launched the Tango Embassy project with a piano recital presentation at The Argentine General Consul of New York. We are grateful to the Adjunct Consul of New York for Argentina, Honorable Ms. Noelia Dutrey.

Here sharing a special person who’s words of wisdom I’ll carry near and with me always. Thank you Miss Abbey...

To honor you, to celebrate your life man, always in my heart bro! I pray and hope the people see what’s up with your amazing gift to this world!

JUST FOR PEACE AND LOVE

M27 proudly presents the much anticipated recording of the Jazz Piano, the great let Hilton Ruiz. Part of the bigger project entitled “Going Back to New Orleans” this first drop is chosen for various reasons including what the world needs right now, peace and love.
A Dick Griffin composition, this stellar band led by Hilton Ruiz dropped two amazing renditions of which we had to share with the world.
M27 Récords proudly presents:

JUST FOR PEACE AND LOVE M27 is dropping some amazing music free on Youtube

with special appearance by Ray Barretto.

The SMOKE filled the upper west side with souls eager to be taken a flight into a realm of color and dynamics unfelt throughout many decades. The Piano Man from midtown Manhattan, he who was born with the gift of finger dexterity, brought along a gang of Jazz Masters to this wonderful place in the upper west side. The SMOKE Jazz Club.
Straight out of mix down session from our recording studio on 99 John Street, we hurried uptown to catch this amazing set as we promoted the "Steppin' with TP: dedicated to Tito Puente" album by Hilton Ruiz.
The simmering and fizzling atmosphere was electrifying during these two days.

Hilton Ruiz (May 29, 1952 – June 6, 2006) was an American jazz pianist in the Afro-Cuban jazz mold, but was also a talented bebop player. He was of Puerto Rican descent.
Born in New York City, Ruiz began playing piano at the age of five after being inspired by Duke Ellington. At the age of eight he performed Mozart at Carnegie Hall.

In high school Ruiz studied jazz piano with Mary Lou Williams. In 1973 he was a sideman for Roland Kirk, then later for Clark Terry. He also worked with Betty Carter, Tito Puente, and Mongo Santamaría. He co-wrote a music instruction book, Jazz and How to Play It. He appeared on the soundtrack to Woody Allen's Crimes and Misdemeanors.

Leon Dorsey, Bass
Leon Lee Dorsey: (born March 12, 1958) is an American jazz bassist, known for his well-received debut for Landmark Records. He teaches at the Berklee School of Music in Boston.

A composer and arranger, he has performed with jazz luminaries that include: Dizzy Gillespie, Wynton Marsalis, Freddie Hubbard, John Lewis, Kenny Clarke, Jon Hendricks, Gloria Lynn, Harry “Sweets” Edison, Dorothy Donegan, Stanley Turrentine, George Benson, Ellis Marsalis, Neena Freelon and Terumasa Hino. Other career highlights include working with Frank Sinatra at Carnegie Hall, guest appearances at the White House under Presidents Reagan and Clinton and performing with Joe Williams and the operatic diva Marilyn Horne. He has graced jazz festivals throughout the world and recorded with Lionel Hampton, Art Blakey, Arthur Prysock, Freddie Hubbard, Dakota Staton and numerous other jazz artists. Completing his Doctorate in Classical Double Bass under the distinguished Ron Carter at the Grad Center of City University of New York with, Dorsey holds Masters Degrees from the University of Wisconsin and the Manhattan School of Music and two Bachelor of Music Degrees from Oberlin College. Holding his convictions, Dorsey says he owes it all to God.

Antonio Hart changed the Caribbean on this might.
Here with Hilton Ruiz at the world premiere of “Steppin’ with TP”. Everyone in the island that had the opportunity to witness his art was introduced to a cosmic elevated state of being. The spiritual energy and focus is difficult to explain in words but here, in celebrating , its my pleasure to present the uncut clip of the entire number by Lee Morgan, “CEORA”.
I sincerely hope you enjoy and share it with folks.

During the "Steppin' with T.P." world debute, San Juan, Puerto Rico lit up with the presence of this awesome internationally acclaimed band. Everyone on here...

sharing art with the world since 1975

This album was released in 2005 and we are honored introduce it to the world. M27’s marketing plans were cut short due to Hilton’s untimely death but I am making it a personal effort to share his music with the world.
This is a hot record and I found a few hundred CD’s left which are now a collector’s item.

I hope you listen and enjoy this music and if would like a CD, please write me at [email protected]

Have a blessed day and on this day back in 2006, we lost you brother but today and always, you’re in my heart and thoughts!

By THE TANGO EMBASSY

Memorable moments with special people in music and fashion in Honduras.

M27 recently visited the country of Honduras along with Tristan Cano and Marco Matute. Marco Matute was a guest with The Honduran Philharmonic Orchestra for a celebration of "Broadway Musicals". "I was able to link up with Orchestra Director Jorge Mejia who assembled a group of Central American Soloists :

bringing us show tunes from "Fiddler on the Roof", "Phantom of the Opera", West Side Story", Les Miserables" and "The Wizard of Oz" along with slapstick impromptu interactions with audience and vocalists." Marco Matute

Back together with Dick Griffin and Leon Lee Dorsey at “The Dick Griffin Art Show” where he is currently throwing down a serious set!!!!

Lew came is beyond smoking hot on this album. His playing crosses any realm of genius and amazing good vibes in his solos. Hilton Ruiz was so excited to have LEW on the record and so glad to have him on here. A lot more to come:

An excerpt from upcoming HILTON RUIZ record, "JUST FOR PEACE AND LOVE" tune written by Dick Griffin. Coming on M27 Records May 2019

Remembering my friend and artist the great late Hilton Ruiz who passed away June 6, 2006. We celebrate your music always and will educate the future with your genius!!! RIP master of the piano and things!

In this clip: Hilton Ruiz, Dave Valentin and Antonio Hart from New York City meet up with Puerto Rican percussionist/drummer Ralph Merino to go over some details for upcoming performance for the world debute of “Steppin’ with TP- dedicated to Tito Puente” live at the Gold Room of Hotel Normandie in San Juan, Puerto Rico

When Hilton led an amazing band and banged out some amazing Latin Jazz in Times Square NYC... place was lit!

A historic performance by some of the best artists in Jazz. This set features the great Hilton Ruiz and Al Foster with world renowned bass player Leon Lee Do...

T"he bar is elevated and dudes are killing' it! Jazz is alive like you ain't seen".....Marco Matute

This is "Late Night Session at Small’s NYC" by Marco Matute on Vimeo, the home for high quality videos and the people who love them.

Be the first to know and let us send you an email when M27 posts news and promotions. Your email address will not be used for any other purpose, and you can unsubscribe at any time.