Volume 3!!! Thanks to all the amazing talent both on and behind the production of these albums!

Stream and Save HeadroomDB Covers, Vol. 3 - Distributed by DistroKid

Woohooo! Vol. 2 of our cover project, Headroom dB is out now!!!

Stream and Save HeadroomDB Covers, Vol. 2 - Distributed by DistroKid

We've got a lot of great stuff going on at PLUSHnyc. This spot needed to be redesigned for web/social. In order to make it all work, in this super short and sweet package, Evan Spear did motion graphics, re-edit video, and audio mix. (I know... "What CAN'T he do?")

The first volume of our covers project is now available on all major streaming platforms. Thank you to the artists, engineers and Headroom peeps for creating a really awesome body of work. All of 'em feature-film ready! Vol. 2, coming right up! Enjoy.

Stream and Save HeadroomDB Covers, Vol. 1 - Distributed by DistroKid

PayPal - Crypto for the People

Here is a spot that we recently did at PLUSHnyc for PayPal through Bonfire. Evan handled the record, mix, and sound design.

Our first full year with PlushNYC has exceeded our wildest expectations. Evan continues to knock it out of the park for Google, Clinique, T-Mobile, Audible, Saks off 5th, Lord & Taylor, USTA, People's United Bank, and a host of others. Happy to be a part of this stellar team. No wonder PlushNYC was included in the list of Inc. Magazine's coveted 2019 #Inc5000, a list of America's fastest-growing privately held companies. In just three years, Plush has seen an upward growth of over 76%, and honored on the list of "Top Media Companies". Book the Headroom team at Plush via [email protected].

It's official! Headroom is now a part of Plush!!! Great to be here. Different digs... Same great taste!

PLUSHnyc expands its team by bringing veteran audio and music shop Headroom Digi to its roster, via POST MAGAZINE:

A beautiful night of @willfraker crooning and lovely folk coming together to celebrate our first public @headroomdb cover release. Cheers!! 🥂

MassMutual “I'll Stand By You” 2018 Commercial

Catch this one during the Superbowl? #RecordedAtHeadroom #Superbowl2018

"I'll Stand By You Commercial" | The Unsung: MassMutual was founded on the principle of people protecting people, and we hold onto the belief that our world ...

We Must Be In Love with Will Fraker and all the amazing work our covers division #HeadroomdB has been doing on this first public release! Peep the PopMatters piece below and check out the track anywhere you listen to music online.

Thrilled about the release of our first publicly available cover -- Will Fraker's spin on Roxette's "It Must Have Been Love", premiering today on PopMatters! Available now on all the platforms.

Glad to see #LoveBetter getting some press too. Was pretty unnerving indeed to mix those mood-swing teddy bears! #MixedAtHeadroom

With a range of disturbing products.

An important message for everyone this #ValentinesDay, wrapped in lovely surprise. Proud to have mixed and sound designed this for such an impactful org with TBWA TBWA\Chiat\Day NY and our friends at Fresh Content. Great work Evan Spear! #LoveBetter

Latin GRAMMYs! The biggest congrats to Flor de Toloache - Mariachi Femenino, who brought the house down at our last #BingoDeMayo party, on their first #LatinGrammy award (of sure to be many)!!

We've had a fantastic time SD/mixing a series of #FirstTamponStories from #Tampax with Publicis Worldwide, North America and Versus - an adorable AND informative tool for any young woman.

Check out the rest of the series on our Vimeo: https://vimeo.com/headroomnyc

For #GlobalHandwashingDay this Sunday, Essity salutes people like Kathy who use their hands to make a difference. Love when we get to add our SD/mix magic touch for a good cause. Great work Evan and the amazing folks at Weber Shandwick!

In honor of Global Handwashing Day, we’re saluting Kathy Martinez as she gives back to her community by using her hands to make a difference. #HygieneMatters...

Thinking of our friends and family in and around Florida. Wishing you safety.

Cedric... So entertaining!!! Recording for his upcoming show with Justin today.

Glimpse Headroom Digi and one of our fave composers Alex Schiff in the behind-the-scenes video for the ZURU Fidget Cube spot we worked on (which has gotten close to 2M views in the last month!)

Check out behind the scenes of our new #FreeTheFidget commercial featuring one of the world’s best ‘finger tutters’ - 23 Year old John Hunt a.k.a PNUT. The Z...

Thanks to all who came by our swingin’ cocktail party last night, we had a blast with you all! 'Til next time :)

It was quite the treat working on this special feature on five #WhitneyBiennial2017 artists making Tiffany & Co.-inspired limited-edition designs, with mix by Geoff Strasser and edit by the Nomad Editing Company!

It was quite the treat working on this special feature of five #WhitneyBiennial2017 artists making #Tiffany-inspired limited-edition designs!

Watch the full film here, with mix by Geoff Strasser and edit by the Nomad Editing Company: bit.ly/headroomtiffany

As the presenting sponsor of this year's Whitney Biennial, we collaborated with five 2017 Whitney Biennial artists on a series of limited edition objects and curated flagship store windows.

Presenting the #FidgetSpinner's more advanced sibling... We've got to admit they're quite addictive!

"I can't imagine I'll ever do another one after this, but I'm going for it," says rocker Roger Waters on his new "Us + Them Tour."
Watch the full interview tomorrow on CBS Sunday Morning 9am ET: http://cbsn.ws/2rvWPUb

Hanging with the best of peeps at the #AMPAwards this year!

Huge thanks to #RogerWaters' team and Sony Music / Columbia Records for considering us part of the Friends and Family who got to preview his summer tour concert last night!! 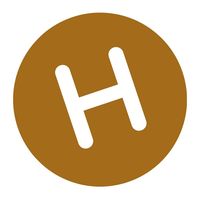 Big ups to the creative at Droga5 on yet another award for the #UnderArmour we mixed. Fingers crossed it's the first of many CLIO Awards to come this year!

Another one for the books! Thanks to all of you who joined in the revelry that is Bingo de Mayo and helped us launch Headroom dB.

Please feel free to tag yourself and others! Photos by Stacia Ann French.

Another one for the books! Thanks to all of you who joined in the revelry that is Bingo de Mayo and helped us launch Headroom dB.

Please feel free to tag yourself and others! Photos by Stacia Ann French.

Aka a whole lot of shenanigans.

Thanks to everyone who posed with some of our Headroom dB cover song titles!

Please feel free to tag yourself and others.

Aka a whole lot of shenanigans.

Thanks to everyone who posed with some of our Headroom dB cover song titles!

Please feel free to tag yourself and others.

We're right on the north side of Madison Square Park. Closest to the N, R, F & 6 lines.

Located in the Flatiron district, Headroom is NYC's premier Audio Post and Music Facility. Our people are the most talented, dedicated and passionate people in the biz and our work speaks for itself.

Be the first to know and let us send you an email when Headroom Digi posts news and promotions. Your email address will not be used for any other purpose, and you can unsubscribe at any time.

Send a message to Headroom Digi:

PayPal - Crypto for the People

An important message for everyone this #ValentinesDay, wrapped in lovely surprise. Proud to have mixed and sound designed this for such an impactful org with TBWA TBWA\Chiat\Day NY and our friends at Fresh Content. Great work Evan Spear! #LoveBetter

We've had a fantastic time SD/mixing a series of #FirstTamponStories from #Tampax with Publicis Worldwide, North America and Versus - an adorable AND informative tool for any young woman. Check out the rest of the series on our Vimeo: https://vimeo.com/headroomnyc

It was quite the treat working on this special feature on five #WhitneyBiennial2017 artists making Tiffany & Co.-inspired limited-edition designs, with mix by Geoff Strasser and edit by the Nomad Editing Company! #Tiffany #TiffanyAndCo #WhitneyBiennial #WhitneyMuseum #Sculpture #Engraving #Metalwork #Painting

The morning after... Thanks to all who got down with us at #BingoDeMayo and the Headroom dB launch! Keep your eyes peeled for photo booth and other photos early next week :) Special thanks to The Rooks, ESS SEE, and The YeahTones who rocked the house.

Just love having that line of sight between two of our studios... Hope your Thursday's going as groovy as ours! 😀

Great having Vera Wang at Headroom Digi! Another superb mix by Evan Spear…

It's a beautiful day in the neighborhood. ❄️🏙☃️

This Thursday, Nov 17 at 7:30 PM, the NY No Limits Film Series presents the #NYpremiere of the award-winning film Evan Spear mixed, '#Fireworkers', at Wild Project in the #EastVillage! Was spectacular working with director/writer/actor Christina Bennett Lind (House of Cards) here. #WeAreFireworkers

Headroom Digi's original music and sound design for Young & Rubicam and Prevnar 13! A mega shoot-out, but Team Headroom nailed it.

Did everyone have a spoooooky #Halloweekend? Happy #Halloween from Headroom Digi! 👻🎃 (Psst turn on that volume)

Today is #WorldTeachersDay, and #Google and Headroom Digi acknowledge them as the rockstars they are! Big ups to Evan for mix/sound design and the creatives at Anomaly! #ItTakesATeacher

IBM - "70 Miles From Shore with Watson: Woodside Energy and IBM"

Under Armour - "Rule Yourself - Memphis Depay"

Verizon’s go90 app has been blowing up these days, and with TJ’s sweet mix/sound design on this NBA partnership spot, it’s a slam dunk! Pleasure working with Apartment 2 and AKQA creative as always.

Nothing like TJ’s crisp and energetic mix/sound design to augment WIRED’s handy travel tips as part of American Express’ new series ‘Good as Gold’. It was swell working with Eskimo and Lost Planet Editorial, Inc. on these nifty videos! Check out the rest of the episodes (in collaboration with GQ, Glamour, and others) on YouTube or at https://thescene.com/playlists/good-as-gold

No elves were harmed in the making of this video. Happy Everything, everyone!!

Get out your hankies—this one’s a real tearjerker. Proud to have worked with Arnold Worldwide and HERSHEY'S to introduce the new limited edition chocolate Kisses Deluxe. Hats off to TJ for mix/sound design! #Hersheys #SayMore #WhenThanksIsntEnough

Got a new ice maker in our kitchen with a hilarious blue '80s-lounge vibe...

Just in time for #NYFW, Vitafusion Gummy Vitamins Women’s hits the runway in this stylin’ new spot, with Renée Massé behind that fabulous music supervision and Evan Spear on sound design and mix. So hot right now.

Yippee! Made the CLIO Awards shortlist for Similac US's 'The Mother ‘Hood'. Check out the #mommywars showdown below and click that ‘Like’ button if you think it should win! Link to CLIO Awards page: http://bit.ly/motherhood-clio-shortlist

Proud to have worked with Stinkdigital for Google’s spot announcing the first beta of ZYNC, a visual effects rendering service launching on the Google Cloud Platform next week. With animation by StinkDigital, original music by Headroom Digi (Robbie Kondor composing), and mix and sound design wizardry by our own Evan Spear... render us impressed. Watch below and check out the TechCrunch piece covering the launch! http://techcrunch.com/2015/08/11/google-renderer/

Happy #TBT! This one's a humdinger: a 1981 video of our very own Jerry Plotkin ticklin' the ivories in a cover of "You Can't Do That." "Come on, Jerry! Owww!" Full vid on YouTube: http://bit.ly/1EAqXej

TJ found a new side to himself on this mix with Jeffrey Tambor, discovering a love for hummus... and his sister’s closet!