(212) 965-8600 It's personal. We forge real relationships with our subjects and their stories, connecting in ways our audience can directly sense.

We are on a mission to do work that transforms ourselves, our subjects, and our audience.

Thanks Digital Cinema Report for featuring our pandemic short "Daniel"

As we pass the one-year anniversary of the pandemic’s onset in the US, people are suffering from quarantine fatigue and vaccine roll-out frustrations. Even after people manage to get vaccinated, many are left wondering: What’s the point? Why do we have to continue to make the sacrifice? To answe...

In this two-minute public service film, a granddad writes a letter to his grandson Daniel, explaining why he can’t be there for his 10th birthday party

Opinion | The End of College as We Knew It?

Shakespeare gets kicked when he's down.

Restaurants get eulogies. Airlines get bailouts. Shakespeare gets kicked when he’s down.

Exciting article this week about our latest campaign for MBUSA and Merkley+Partners:
https://saportareport.com/mercedes-benz-greatness-lives-here-part-of-emerging-approach-to-philanthropy/

“Landmark Documentary "Same S*x America" From Renowned Non-Fiction Filmmaker Henry Corra Re-Released on Hulu via SHOWTIME” - Shoot Online. Check out the link in our bio for our release in Shoot!

World-renowned Filmmaker Henry Corra of Corra Films, best known for his unique brand of nonfiction “Living Cinema,” is currently working on an incredibly compelling new documentary project entitled “Unlocked.” In and around St. Augustine, Florida, teenagers and young adults are connecting to...

We are thrilled about this piece in Shoot Magazine this week. In case missed it check it out.

World-renowned Filmmaker Henry Corra of Corra Films, best known for his unique brand of nonfiction “Living Cinema,” is currently working on an incredibly compelling new documentary project entitled “Unlocked.” In and around St. Augustine, Florida, teenagers and young adults are connecting to...

“Unlocked” is currently in its final production phase with plans for a debut of the film in 2020.

Really excited about the launch of our new campaign for NYC DOH, Smoking = Suffering. Smoking kills about 12,000 New Yorkers every year, but from today through March 7, you can apply for free ni****ne patches and lozenges by visiting nysmokefree.com. Check out our lead ad below!

This is "NYC DOH Smoking = Suffering :30" by Corra Films on Vimeo, the home for high quality videos and the people who love them.

With UNLOCKED, Henry Corra attempts to reach the unreachable with his unique brand of non-fiction filmmaking known as Living Cinema. "Everything I do is about making deep connections with people - any kind of person - on film," says Corra. His work-in-progress UNLOCKED is as much a laboratory as a film.

In and around St. Augustine, FL, teenagers and young adults are connecting to the world in a way that nobody around them thought was possible, including their families. A group of severe autistics are speaking their first words. They’ve lived their entire lives in a kind of exile, unable to translate thoughts into speech. UNLOCKED is a film about walking out of this prison into the bright sunlight.

For years, it was conventional wisdom that the form of autism they suffer from precluded all forms of communication. Doctors and caregivers assumed the idea of communication—of forming complex thoughts and making them known to others—was an impossibility. Many still do. The families of the people documented in UNLOCKED have discovered that although these people cannot speak coherently, what they can do is type. Sitting at a keyboard, their thoughts come pouring out, a lifetime of previously unheard utterances forming a deluge. The results are staggering. As Lanier, one of the major characters in the film, put it in her first typed message, “I am in here. I have always been in here.”

UNLOCKED: WORK-IN-PROGRESS
“I’ve spent my life looking for deep human connections on film,” Corra says. “And now we’ve found an entirely new way to do it. We’re trying to create an aesthetic platform that promotes empathy for our characters, and a way to take them seriously on their own terms. They have a lot to say, and we’re helping them to use film language to say it.”

The making of the film has itself been a part of the journey, so the film, in a sense, is about the process of making it. The characters have come to depend on it, anticipating and preparing for the next shoot. For UNLOCKED, Corra and his crew have developed a striking visual vocabulary. They’ve set up a studio that eliminates sensory overload—“a connection space,” as Corra calls it—in which the characters type their thoughts. As they do, the words scroll in large type across screens suspended in front of them, a subtle amplification of their voices.

UNLOCKED will be a testament to the power of cinematic language, as well as the culmination of these pioneering methods. As the progenitor of Living Cinema, Corra eschews the verité approach favored by traditional documentaries, instead collaborating with his subjects so everyone plays an active role in deciding how the film will unfold. Will this approach allow him to truly reach the unreachable?

This is "Unlocked Teaser" by Corra Films on Vimeo, the home for high quality videos and the people who love them.

Karl made a friend! Henry Corra and team on location in ATL for new Mercedes campaign.

I’m being followed by a moonshadow

On location at Mel’s Drive In, Sunset Blvd Hollywood. We Were Not Orphans Video Shoot (Photos by Jeremy Amar)

Say hello to our new twin 48TB G-Speed Shuttles, for an upcoming doc feature! Anyone got any ideas for nicknames? Currently leaning towards calling them Apollo and Artemis. 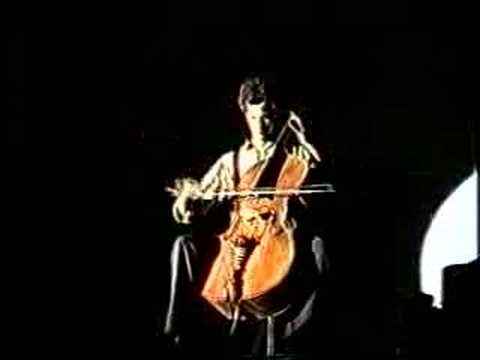 Excerpt from a solo performance vhs-taped by Franco Framarin in La Spezia on May 21th, 1993. The gig was promoted by Arcimboldo club and Musiche magazine / M...

with Henry Corra on Department of Health shoot. You can’t hide from the camera forever, Henry!

more from our most recent DOH shoot!

Photo of our most recent shoot for NYC DOH. Credit: Amar Productions

On location in New Delhi with Henry Corra and Maneet Emmi Kataria. What a weird, interesting day we had.

one of our favorites from this campaign - thanks to Charmaine Minniefield - Artist!

Thinking of Isa and her family today. What a courageous soul; we were so lucky to know her.

This is "American Cancer Society: Isabel (:60)" by Corra Films on Vimeo, the home for high quality videos and the people who love them.

Got to work with some incredible Atlanta Falcons players on this one. Thanks, Matt and Devonta!

More from our most recent collaboration with Mercedes-Benz USA and Merkley+Partners!

Really thrilled and excited that our latest campaign with Mercedes-Benz USA and Merkley+Partners is rolling out on their page as they share more about their partnership with the city of Atlanta. Check it out here:

TWENTY FIVE YEARS AGO TODAY: This was Henry's directorial debut on HBO's THE MAKING OF THE SWIMSUIT ISSUE. Watch as Christie Brinkley gets charged by an elephant in Kenya! Always looking for that dramatic arc :)

Review: ‘Left on Purpose’ Follows a Man Who Plans to Kill Himself

Telling that both GREY GARDENS and FAREWELL TO HOLLYWOOD are being used as "yardstick" films for The Times to talk about this controversial new doc today.

This documentary focuses on Mayer Vishner, a man who has decided to end his life, and finds the filmmaker in an uncomfortable position.

Very excited to have directed this wonderful campaign for our friends at the St. Baldrick's Foundation.

Be the first to know and let us send you an email when Corra Films posts news and promotions. Your email address will not be used for any other purpose, and you can unsubscribe at any time.

Send a message to Corra Films:

World-renowned filmmaker Henry Corra of Corra Films, best known for his unique brand of nonfiction “Living Cinema,” is currently working on an incredibly compelling new documentary project entitled “Unlocked”:
https://www.shootonline.com/spw/world-renowned-filmmaker-henry-corra-creator-%E2%80%9Cliving-cinema%E2%80%9D-reaches-unreachable-new-documentary
SHOOTonline
filmmaker Henry Corra will be following local families and their non-verbal children with autism who were silent their entire lives until they discovered they could communicate via typing. Trailer to UNLOCKED: https://m.youtube.com/watch?v=llbsE9WG9K0
x