VES No. 17 (3782): Global Estonian Virtual Forum on May 5th, American Estonians’ Greeting at Benefit Concert for Ukrainian Children, and more…

Global Estonian Virtual Forum on May 5thA virtual forum for Estonians worldwide will be held on Thursday, May 5 at 16:00 Estonian time (UTC/GMT +3). You can watch the virtual forum hosted by the Ministry of Foreign Affairs via the Worksup platform from anywhere via the internet. The forum will have....

It’s time to be bolder to help Ukraine

Alar Karis is the President of Estonia

It’s time to think outside the box to ensure Moscow is forced to back down.

The University of Virginia hosts a lively panel discussion with the Baltic Ambassadors on Thursday, April 28th. Read here for more information and the link.
https://www.estosite.org/event/panel-discussion-uva-ambassador-series-baltics/

Join us online for a celebration of the life achievements of a key literary and academic figure in modern Estonia, Uku Masing. The panel discussion with literary and musical interludes will include the following participants: Külliki Kuusk, Indrek Peedu, Lauri Sommer and Ülo Valk. The celebration ...

Liisi Esse, Associate Curator for Estonian and Baltic Studies Stanford Libraries and Vabamu launch Global Conversations, a new series of talks, lectures, and seminars focusing on the benefits and fragility of freedom. In 1989, the Berlin Wall fell. This wall had been a symbol of a deep divide betwee...

The Joint Baltic American National Committee (JBANC) is holding its Baltic Advocacy Days during the first week of May this year. This is the second time the event will be held entirely virtually. While the average turnout in previous years, for both virtual and in-person events, has been around 50-6...

PRESS RELEASE (For immediate release) The Estonian American National Council (EANC) announced on April 14 its General Election for the XXIII Council, to be held this year. With the announcement, EANC issued a call for candidates who support the EANC mission, are willing to share their time, and can....

Be the first to know and let us send you an email when Vaba Eesti Sõna posts news and promotions. Your email address will not be used for any other purpose, and you can unsubscribe at any time. 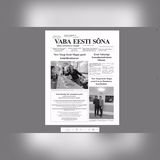 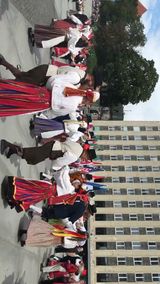 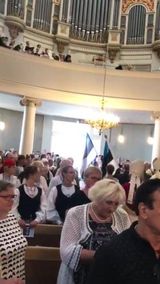 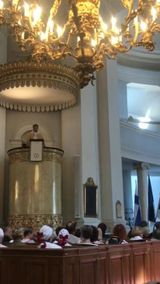