While solo instrumental albums are a long-standing part of the jazz tradition, one rarely encounters albums featuring a lone double bass. Given the instrument’s frequency range and role in the rhyt…

Check out Marc Cohn and Blind Boys of Alabama new music video for the title track off their new album, "Work To Do"

Official Music Video for "Work to Do" by Marc Cohn & Blind Boys of Alabama Listen to "Work to Do": http://smarturl.it/worktodo Support gun violence preventio...

Our new EP entitled "Greed" is now LIVE!! Click below to hear it! We are so proud of this new music and we can't wait for you all to hear it. Let us know what you think in the comments! Available anywhere you listen to music.

Last to Die in Battle

Very excited to share this - and to have mastered this album!

Listen to "Warning Bell" and look at this album cover! wow.

Kirk Knight and Nyck Caution reveal cover, tracklist for their 'Nyck at Knight' album. Check out all the info here.

Below The Surface from JB Andrews' sophomore album THE DARKENING. Featuring Andols Herrick (Chimaira) on drums! Mixed by Rob Arnold at RobArnoldWorld studio ...

Just got mixes from Bryan Walthall (Stereo Image Productions RVA) for The Southern Belles new album! Really excited to work with these guys again, this is the third album I am mastering for the Belles!! Go check out their other two albums - one of my favorite bands yall.

For news, updates, tour dates, videos, and more sent straight to your inbox on a totally non-invasive semi-regular basis.

College is awesome. If you don’t believe us just ask the First Lady of the United States and SNL’s Jay Pharoah. See more http://www.collegehumor.com LIKE us ...

"Knight Time" premiere by The FADER

Also, check out her album, "Gondolier", on iTunes: http://bit.ly/1tytdnJ

Congratulations Gevende Official on the release of your new album "Live At St. Antuan"

This is an independent production, which was made by good souls who love music... Gevende live At St.Antuan Catholic Church, ISTANBUL 27.02.2015 Track Lİst 1...

Congratulations Boogarins on the release of your new album "Manual"

Ottawa's new single "Roman Candle" is out now! Excited to see them live on the Roman Candle tour - check it out.

Ottawa is an indie-pop garage-rock band from Cleveland, Ohio.

Close To Sunrise, by The Southern Belles

The Southern Belles RVA new album "Close To Sunrise" is out today! Give this a listen yall, buy the record and go see them live!

Bryan Walthall Recording/Mixing Engineer produced a hell of a record. Definitely one of my favorite albums I've mastered in 2015 so far.

Listen to On Impact by Tranzhumanist #np on #SoundCloud

One of my favorite engineers in the entire world, Jim Stewart Recording, appeared on the new Loud In Cleveland Podcast, give it a listen!

"The Wizard", Jim Stewart, sits down with Drew and Mike to talk a side of the local scene that not many people realize exists. 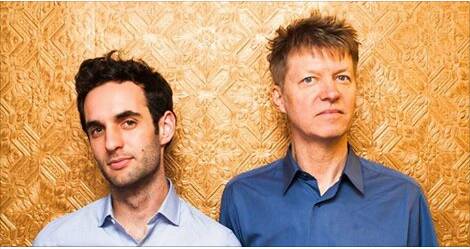 Watch the "Changing Earth" from the Ohio Sky - MetalSucks

"Changing Earth" off their new album, "The Big Distraction".

They may not be a metal band, but they have metal cred!

Listen to The Southern Belles RVA first single off their upcoming album.

Bryan Walthall Recording/Mixing Engineer produced one hell of an album with these boys, very proud of this one yall.

"Some of the music my fans loved the most is the music I gave them unexpectedly. Some of the records that helped define me as an artist, never had videos or topped the charts. I make so much music & I want to share it all. I feel Intermission is me doing what I do best." - @TreySongz 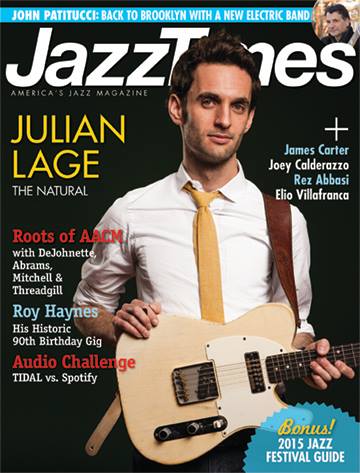 Check out my pal Julian Lage on the cover of JazzTimes Magazine! #TheNatural

ALBUM REVIEW: Kings of the Brushwood Thicket, 'The Lies You Leave Behind'

Kings Of The Brushwood Thicket album is out today! Check out these reviews and go check out the album:

Seemingly since the dawn of time, or at least since man's vocal cords were developed enough to create hums and grunts, life and death have concurrently inspired song. For Kings of the Brushwood Thi...

From the debut album "Disturbing Wildlife" (via Other Music Recording Co)

The music might be mellow but the visuals will creep you out.

Be the first to know and let us send you an email when Dan Millice Mastering posts news and promotions. Your email address will not be used for any other purpose, and you can unsubscribe at any time.