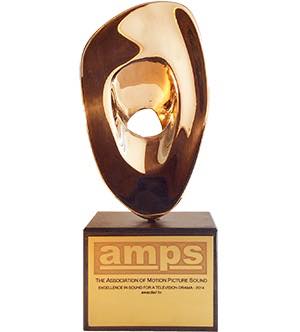 Eric just won the 7th annual AMPS award for Factual Film Sound!!! 👍🙌🙏💥🏆. The Association of Motion Picture Sound then had a couple of their British team interview me for their Podcast for sound nerds (click on link to listen).
https://m.soundcloud.com/user-663870646/amps-podcast-ep12-apollo-11 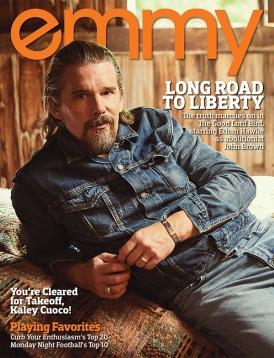 Eric just won TWO Emmys at the 2020 Primetime awards! 😲😳🤯🤗. You can watch his acceptance speech by going here and doing a search under "Milano": https://www.emmys.com/video-gallery/creative-arts-emmy-awards

HBO has been keeping the Love Loft super busy this year. After more than 3 months of bookings in the first half of the year, they've recently put me on hold for the remaining 6 months of 2020. I truly adore working with their team and their always next level productions... https://images.app.goo.gl/JdrmBb9R59YTLGzd8

Found on Google from cnet.com

RUN: In the Weeks Ahead | HBO

So thankful to HBO for keeping me busy mixing beauties like this during the quarrantine.

Did anyone watch the first episode? Reeeally good, and we're excited for ep 2 on Sunday...

So incredible that TWO separate publications have predicted that Eric will be up for a SOUND OSCAR in 2020!!! For a DOCUMENTARY!!!

So honored to have been nominated for both CAS and Golden Reel Awards this year!!!

Watch — The Story of Plastic

*SO* excited to be mixing and designing sound on The Story Of Plastic this week by powerhouse filmmaker Deia Schlosberg with score by Pearl Jam's Mike McCready! 😱. Brought to you by the people who made The Story of Stuff Project. I will be attempting to use zero plastic this week as I work on it and slowly get more and more nauseated by... The Story of Plastic! ... Will you join me? Christ, its not easy!!!! Can we *please* vote people in who are going to make it easy? ❤️ Coming soon to a theater / web streaming service near you...

The Story of Plastic is coming in 2019. To receive updates about the film and our campaigns to end plastic pollution, sign up for our mailing list:

So honored to have worked on these three incredible films which have been nominated for Emmys this year. Oscar winning director Joe Berlinger’s Intent To Destroy which brings to light the lesser known genocide in Armenia earlier this century. The incredible story of a 6 year old trans girl and her mom’s struggle to accept her is found in the short doc Trans In America and can be watched here! https://www.aclu.org/issues/lgbt-rights/transgender-rights/trans-america. And finally the shocking details of how most rape cases in recent history in our country have been SHELVED by our police departments in Mariska Hargitay and HBO’s I Am Evidence.

From an interview with Director Todd Douglas Miller for Apollo 11 in Filmmaker Magazine:

“The work Eric Milano did on the sound mix—usually you have 12 guys work on this stuff. We worked on it so long that Eric did everything himself—all the foley, everything.

Filmmaker: What were the rules for foley in terms of reconstructing atmosphere, especially within mission control? Obviously, you had to construct some of that. I’m not sure if you could only draw upon archival or if you were going to put a little library tone in there or what.

Miller: Our rule was, if we didn’t have reference for it, we weren’t going to create it. We were very fortunate early on. Although we were flying under the radar, the space community knew about us, so a lot of the older engineers that were around during the Apollo days were giving us materials from everywhere—cassette tapes, 8-millimeter recordings from the launch that day that were poorly recorded, just because of the limitations of the time, but they were great for reference. So, if we had a helicopter, for instance, we needed to know the exact helicopter sounds. So we went and grabbed that. Luckily, the Smithsonian has been a great partner on the film. The IMAX at National Air and Space in [Washington,] D.C., we used that as our testing theater.

I always wanted to know exactly what the sound of the Saturn V rocket sounded like. I drove the team nuts, I’m sure, but we needed to nail it. It’s just not a low sound. There’s this high popcorn sound that happens, and everybody talks about. You could hear it through some of the TV broadcasts, but we found actual recordings. I wanted to know what it sounded like in every single space: What did it sound like two miles away? What did it sound like when you were in the VIP stand? And what’d it sound like when you were in a helicopter, because we had shots of it taking off from a helicopter? All those things combined were the guidelines that we gave Eric. It was basically all him. Sounds in mission control, sounds in the firing room, we needed to know what those computers sounded like. Those analog computers and IBMs, we got them and integrated them into the film. There’s a shot in there—everybody thinks it’s a dolly shot. That was Theo Kamecke, the director of Moonwalk One, who was the only civilian in the firing room. He actually used a wheelchair as a dolly. So, we wanted to hear the sound of the wheelchair. What did a wheelchair sound like back then? Well, let’s get a ’60s wheelchair”

Todd Douglas Miller’s Apollo 11, which premiered at this year’s Sundance, originated from the simple idea of using archival footage to revisit, in time for its 50th anniversary, the first moon landing. For those who’ve grown up watching the same images trotted out over and over—Neil Armstron...

These beautiful films I did the sound design for have been honored at The Webby Awards last night!!! “Great stories make people change”. AMEN.

ACLU accepts the Webby Award for Longform Documentary in Video.

Game of Thrones | Season 8 Episode 3 | Inside the Episode (HBO)

Game of Thrones Season 8 Episode 3 Inside the Episode, Mixed by Eric! https://www.youtube.com/watch?v=ZJ1yC3yESLQ

The final season of Game of Thrones airs Sundays at 9PM on HBO.

Game of Thrones | Season 8 Episode 2 | Inside the Episode (HBO)

Eric has been mixing a ton of little extras, previews, trailers and behind the scene spots for HBO in the past month, gearing up for GAME OF THRONES final season! Here's one: https://www.youtube.com/watch?v=WoNRogjJn1Q

Newly restored footage of the historic 1969 moonshot widens the focus to include the hundreds of men and women who made the mission possible.

Over his 16 year career, in terms of wins or nominations, Eric has had the honor and pleasure of working on projects with 8 from the Oscars, 60 from the Emmys, 36 from Sundance, 11 from the Golden Globes and 20 from the Independent Spirit Awards to name a few...😱😳😮🤯

Apollo 11 wins Special Jury Prize - Editing at the 2019 Sundance festival!!! The Love Loft is proud to have played a part.

Trailer just released for Apollo 11: A cinematic event fifty years in the making. Eric did the sound design and mix

Yesterday, working at Gigantic Studios on Tigerland, an incredible 2019 Discovery Channel documentary heading to next week’s Sundance Film Festival.
📸 captured by Academy Award winning director Ross Kauffman. Watch it in 2019 on the Discovery Channel! Special thanks to legendary mixer Tom Paul for bringing me on...

I'm spending the end of the year mixing at In Demand, an incredible company that produces an *astronomical* number of promos each year for all your favorite flicks for the various cable networks (Spectrum, XFinity, Cox etc...) I've *loved* working with the cool folk on the iN Demand team over the years, love getting to play with the S6 board (pictured) and also love having an excuse to see trailers for recent films so I know what to watch during XMas break!

Photos from The Second Life of Jamie P's post

Currently being designed and mixed at Love Loft Studio https://www.youtube.com/watch?v=BNKM8YpTmVw

Directed by TODD DOUGLAS MILLER Apollo 11 is the cinematic event fifty years in the making. Featuring never-before-seen large-format film footage of one of h...

The Emmy for Outstanding Social Issue Documentary goes to Jackson! Congratulations to all involved in the film & the brave women whose stories were told through it. And a big thank you to Showtime Networks for believing in this film! #NewsEmmys

Contact us to set up your own screening of Jackson!

TUSCALOOSA, AL—In a groundbreaking experiment that shows humans aren’t the only species capable of operating industry-standard recording software, researchers at the University of Alabama confirmed Thursday they had observed chimpanzees using Pro Tools. “Within minutes of being placed near a f...

How 10 Different Movie Sounds Are Made

Eric is super excited to be a judge for this year's News and Documentary Emmy awards!

Tonight Eric is excited to be working LIVE audio in NYC for HBO’s heavy weight matchup in London!!!

Be the first to know and let us send you an email when Love Loft Studio posts news and promotions. Your email address will not be used for any other purpose, and you can unsubscribe at any time. 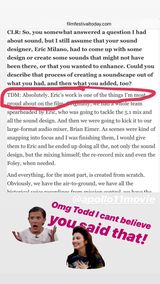