Congratulations. Dafnis!!! Have a great time!

This is "Tony Malaby Sabino" by Kenneth Jimenez on Vimeo, the home for high quality videos and the people who love them.

In a year of continued uncertainty, musicians held their colleagues, and listeners, close.

Congratulations Dafnis Prieto / Dafnison Music on your Grammy Nomination for Best Latin Jazz Album! It's an honor to be a part of such a beautiful project! 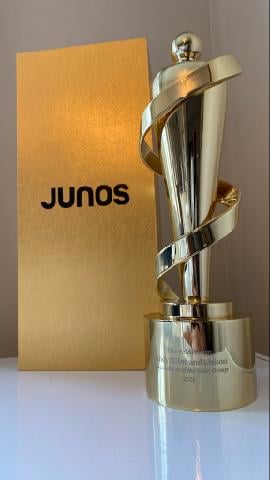 Really honored to have received this beautiful Junos Award for my work on " The reMission" 2021 Jazz Album of the Year. Congratulations again to Andy Milne, Clarence Penn, and John Hebert!

Congrats Benito Gonzalez !!! Really enjoyed working on this with you!

Congrats Will Vinson Antonio Sánchez Gilad Hekselman This is just one of many great reviews of "Trio Grande" It was such a pleasure to record and mix this album. (Thanks to Jim Hynes for the sonics shoutout) https://glidemagazine.com/250449/saxophonist-will-vinson-drummer-antonio-sanchez-7-guitarist-gilad-hekselman-launch-trio-grande-album-review/

Trio Grande is the debut that unites three of the most inventive, exciting, and accomplished musicians working at the interface of New York’s contemporary

Professor Bebop is heard Tuesday morning from 9 til noon (eastern). Professor Bebop’s Favorite Jazz Releases of 2020 Benjamin Boone – The Poets Are Gathering (Origin): “There are incantations and supplications to be found here. Also: elegies and headlines, howls and mantras, reveries and outbu... We had such a great time, beautiful job Champian Fulton!!!

An album from the forward-thinking guitarist offers muscular new renditions of the music of early jazz great Django Reinhardt.

Facing Duality out on Sep 10 😄

Congratulations Maria, Beautiful job! I really enjoyed working on this with you!

Congratulations JD! The first of many great reviews!!!

“The G Thing” is an evocative tone painting which could serve as an appropriate soundtrack for a gritty, film noir detective movie. A free tempo opening sets the feel of the entire track, which somehow manages to be sultrily hot and minor-key cool at the same time. Once Allen establishes the tone, Ian Kenselaar sets a walking bass line into motion that accompanies the saxophonist’s series of improvisations. This is Allen’s tune all the way with no solos from his colleagues and JD makes the most of his rarely taken time alone in the spotlight. The free tempo from the opening returns and then leaves the bass and drums to finish the remarkable track playing the walking bass as a lonely duet, almost as if Allen himself has walked off into the distance, having said all he needed to say.

Jeff Cosgrove, with John Medeski + Jeff Lederer - 'History Gets Ahead of the Story' (2020) | Something Else!

Congratulations on the release Jeff! I really enjoyed working on this project. Great job!

Repost:This album by drummer Jeff Cosgrove featuring myself and John Medeski releases today - Mostly William Parker compositions, and a couple of mine and Jeff's too; wonderfully recorded at Applehead Studio in Woodstock and expertly mixed/mastered by Mike Marciano i think it's one of the best sounds on my tenor, clarinet and flute that I have ever gotten (soundcloud link in review). I really like this music, available everywhere today.

Being around William Parker has left a deep impression on drummer Jeff Cosgrove, and some of Parker's creative flair has apparently rubbed off on him, too.

Congratulations Alan Kwan on your 3 nominations!!!!

Thank y’all for all the messages! I will see you in Taiwan on the 3rd of Oct! 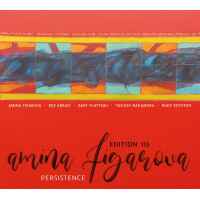 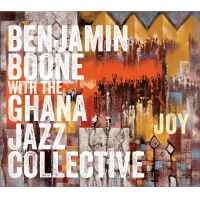 Benjamin Boone with the Ghana Jazz Collective: Joy album review @ All About Jazz

Benjamin Boone with the Ghana Jazz Collective: Joy album review @ All About Jazz

Congrats Eric Alexander!!! So great being a part of such a beautiful project!

This week's JazzWeek Jazz Radio Chart.
Eric Alexander - Eric Alexander with Strings is No.1!
Lafayette Harris Jr. - You Can't Lose with the Blues is No.3!

Systems Two would like to congratulate Edward Perez and Michael Thomas, on their Grammy nomination for the Terraza Big Band, "One Day Wonder" Thank you for letting us be a part of such a wonderful project!

Be the first to know and let us send you an email when Systems Two Recording Studio posts news and promotions. Your email address will not be used for any other purpose, and you can unsubscribe at any time.