The studio features rare vintage consoles, tape machines and rack gear including a 1979 Neve 5316 console and Studer A27 24-track 2-inch tape machine. Figure 8's mission is to be very band-friendly, part of which means remaining affordable while offering the highest possible fidelity.

Figure 8 Recording updated their info in the about section.

Figure 8 Recording updated their info in the about section. We are ending the sale early but there is still time to purchase before it’s too late!

Just make sure to email [email protected] before midnight on December 8th. We could never have anticipated this level of support and interest! Thank you all so much for everything!

Some info on our COVID procedures! Email [email protected] with any questions.

We made you a playlist! Check out some of the amazing music that has been made at Figure 8 over the years!
#NowPlaying

A playlist featuring Frankie Cosmos, Adrianne Lenker, The Julie Ruin, and others

Click this link to find out more about our 50% off sale: https://tinyurl.com/yxsfzwah

Record your music at Figure 8 for half the price! Offer is good through December 20th 2020. https://tinyurl.com/yxsfzwah

LIMITED TIME OFFER! Record your music @ Figure 8 for half the price! 8 studio days for $2000!! Email [email protected] if you’re interested in learning more!

Figure 8 Head Engineer Eli Crews and WHY? go way back. Eli mixed two of their finest albums (Alopecia and Eskimo Snow), and recorded and mixed the 23-song Almost Live from Eli's Live Room in a couple of 18-hour days in 2008. They are still an amazing band, and Yoni's (Inoy Flow) songwriting really shines through in this stripped-down live-in-the-studio session, our first with The Wild Honey Pie.

We were blessed with the opportunity to collaborate with one of our favorite bands. WHY? is too good. Recorded at Figure 8 Recording in Brooklyn.

Slurp! A holistic recording experience! Come early to a session at Figure 8 and you may find yourself in a morning workout with @ithinkimphil, followed by homemade miso soup and a chess game. @benjaminlazardavis (of @cuddlemagic, here today to record with @okkervilriver) did it right this rainy morning.

Friendly reminder that we have the most beautiful backyard featuring a grill, a picnic table, a ping pong table, a batting cage, and an ever-expanding garden. Come for the music recording, stay for the sunshine and grilled meats.

keeping the blood flowing in between sessions. michael is the best studio manager and has the strongest mind/body connection.

Michael posing with his favorite piece of gear: the magical rising Oliver Powerflex bass amp. A great manager always knows the secrets of the studio!

@ithinkimphil explains to @ulfur_ that when his time has come, he'd like to be killed with a Western Electric Birdcage 639b...😵🎤

The Guardian says about XylourisWhite :

Friend of Figure 8 Ian Chang has a great video up on Reverb.com right now!

What a fun record to make!

recorded at figure 8! one take, no headphones, one room, rough mix!

We here at Figure 8 are very excited about this record. Huge kudos to Lily Wen, Miles Arntzen & Jas Walton for the exquisite work they put into writing, arranging, performing and recording this music.

Get ready for an odyssey of intergalactic instrumentals brought to you by the dynamic duo Miles Arntzen & Jas Walton collaborating with Money Mark & Sinkane: the record drops November 4.

At Figure 8, our instruments are living beings.

Tracked and mixed at Figure 8 by Eli Crews. We love these people.

Be the first to know and let us send you an email when Figure 8 Recording posts news and promotions. Your email address will not be used for any other purpose, and you can unsubscribe at any time.

Send a message to Figure 8 Recording: 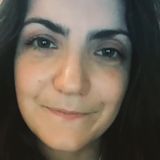 keeping the blood flowing in between sessions. michael is the best studio manager and has the strongest mind/body connection. 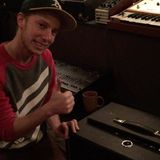 Michael posing with his favorite piece of gear: the magical rising Oliver Powerflex bass amp. A great manager always knows the secrets of the studio!