The Daily National is a multimedia news/opinion site that features original TV & Radio interviews and commentary with experts, bloggers and newsmakers. 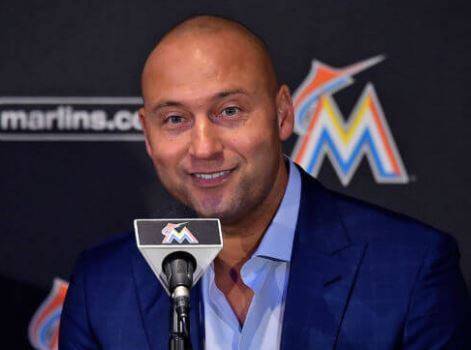 Marlins and Derek Jeter have off-season meltdown January 8, 2018 AAA - Featured, AAA - News, AAA - Slide, MLB 0 Marlins manager Don Mattingly is all-in on Miami’s rebuild, and he hopes fans will give it a shot too. But he understands why there is hesitation in embracing — to put it lightly — t...

Mike Bako, Sports Editor of Daily National.com, appears on Fox Report with Shepard Smith on Fox News Channel to discuss the week in Boston sports and preview the NBA Playoffs.

Mike Bako, Sports Editor of The Daily National, appears on Fox News with Shepard Smith to discuss the allegations against the San Diego Chargers that some of their defensive players use the banned substance stick-um during their historic defeat against Peyton Manning and the Denver Broncos.

Two great articles posted on the recent Oak Creek shootings. The horrors of these events will not be forgotten. Heartfelt sorrows to those lost in the tragedy from the Daily National family

We be jammin’ | Daily National

Mike Bako on the scandal that has shaken Penn State University

Mike discusses the NBA lockout and possibilities of a season December 5, 2011
Cynthia l. Bauerly
Chair, Federal Election Commission
999 E Street, NW
Washington, DC 20463
Dear Madame Bauerly:
I respectfully request that you begin an immediate fraud investigation in the Friends of Herman Cain, Inc political action committee on the grounds that it is a fraudulent operation that has not operated within the parameters of its articles of incorporation with your office.
I contend that this committee was set up for the sole purposes of defrauding the United States taxpayers through the use of seeking matching funds. I request that you do two things:
1. Investigate the activities of Friends of Herman Cain, Inc to determine possible violations of its stated goal, i.e. advancing the Presidential candidacy of Herman Cain.
2. Cease any and all processes that could result in Friends of Herman Cain, Inc, receiving any U.S. taxpayer matching funds in 2012 until it can be established that the Committee was in fact, an actual presidential committee and not a fraudulent ruse established for the sole reason of promoting Herman Cain’s books and personal business ventures.
Please consider the following as prima facie evidence that the Friends of Herman Cain, Inc was never honest in its stated intentions of advancing the candidacy of Mr. Cain and was, instead, a thinly cloaked vehicle for advancing the economic interests of one person: Herman Cain.
1. “Candidate” Cain made no effort to build traditional campaign organizations in early key states, like Iowa or New Hampshire.
2. “Candidate” Cain displayed no interest in demonstrating knowledge, expertise or even interest in 50% of the U.S. President’s job responsibility, i.e. foreign policy.
3. “Candidate” Cain had lengthy stretches of his campaign where he in fact did no actual campaigning. Instead, he used the “hook” of his candidacy to go on television to sell his books.
4. “Candidate” Cain has insisted on mocking the entire process of a presidential campaign by proclaiming he is “anti-abortion” and “pro-life” because the decision to abort a child should be solely “between a woman and her doctor.”

Madame Bauerly, I humbly request that you investigate this matter thoroughly and quickly. If con games such as the one perpetrated by Mr. Cain are allowed to continue unpunished, we can expect to see hundreds if not thousands of con artists, aspiring motivational speakers, Ann Coulter wannabes, authors and other charlatans exploiting the US taxpayers in future campaign cycles, corrupting the U.S. election process as they do so.

Thank you for your serious attention to this matter.

TJ Walker congratulates Cenk Uygur on his show premiere on Current TV. But is there room for more programming with a liberal focus? Do democrats even...

Be the first to know and let us send you an email when The Daily National posts news and promotions. Your email address will not be used for any other purpose, and you can unsubscribe at any time.

Send a message to The Daily National: