From 1984-2003 D&D Studios worked with artists, producers and record labels in creating a comfortable atmosphere to record great music. This page is dedicated to D&D and all the clients and engineers who help make D&D a great memory.

Back Up in D&D On This Primo Track

originally created for https://soundcloud.com/loosesynths in 2014

D&D Studios is a primarily hip-hop recording studio located in New York City on the west side of 37th street, New York City, with artists such as The Notorious B.I.G., Nas, Jay-Z, Jeru The Damaja, KRS-ONE, and Black Moon counted amongst its patrons. The studio was founded by Doug Grama and David Lot...

Williams’ second studio affair is a precision-crafted tour de force, focused in its intent to present her talent not just as viable, but undeniable.

She co-wrote hits for En Vogue, Toni Braxton and other artists in the 1990s and 2000s and was also a singer, releasing an album.

During the Live Q&A he broke down classics by Biggie, JAY-Z, and Nas.

This week's guest of honour is David Lotwin; Co-Founder of the legendary D & D Studios. If you know your Hip Hop, you will acknowledge D & D as holy ground for seminal Rap recordings. From Gang Starr to Black Moon to D.I.T.C. to Jay-Z - if you're an emcee of the purest form, you had to step through....

Happy bday to my big bro @djtoddterry !!!
I never forget we met very first time at #danddrecordingstudios . You autographed to my @roland_us #mc500 . It’s still my treasure.
Thank you for your friendship throughout all of the years.
🎂🎂🎂🎉🎉🎉🎊🎊🎊

Siht They Been Missin' (Final)

Sometimes the best way to things is to just do it yourself. This is the realization that KRS, the general of the Boogie Down Productions crew, came to when he dropped Return Of The Boom Bap.

While a handful of Hip-Hop artists were already recording at D&D Studios, Premier’s experience inside David Lotwin and Doug Grama’s place would completely shift the trajectory of not only Gang Starr’s music but also of Hip-Hop as a whole. 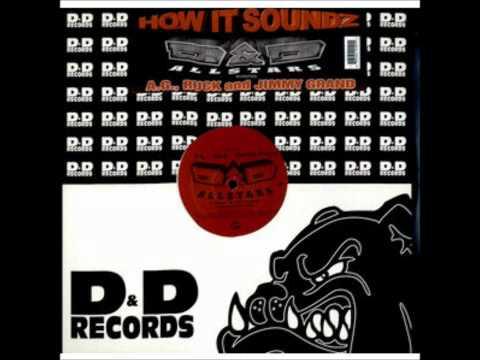 D&D All Stars
How it Soundz
https://www.youtube.com/watch?v=UTF6QUFzfvU

“At that moment in time Hip Hop was in a place where it was the voice for the voiceless and it was coming from the streets”. Jay-Z from upcoming documentary on DJ Premier and D&D Studios. 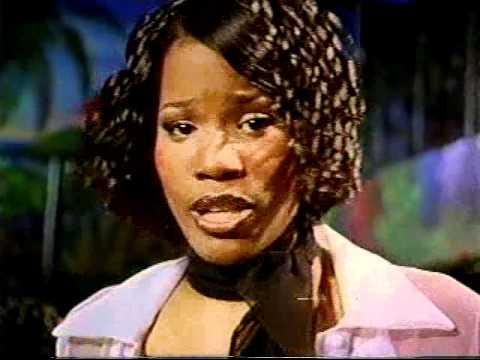 From the Vaults of D&D Studios - Mama Mystique "Unstoppable"

And now on a lighter note....Peace to Mama Mystique, The Lox and producer Curt Cazal for this amazing production. A little out of our wheelhouse but still great work! Peace
RIP Guru

Listen....we were all trying to make some dough and after the success of Tremendous we decided to kinda go for it with this track. It was fun but did not ach...

Jeru the Damaja did a quarantined set from his home in Berlin, Germany. Interestingly enough, Jeru didn't perform his most popular song — "Come Clean."

New underground heat from the veteran emcee Big Shug, who gained fame as part of the Gangstarr Foundation. Produced by the legend DJ Premier, this song is off h

Fans Were Surprised to Get More Gang Starr. They Almost Didn’t.

The rap duo’s last album was released in 2003. After the death of its M.C., Guru, and an ongoing dispute between the producers DJ Premier and DJ Solar, a posthumous release is on the way.

Congratulations to our leader and brother DJ Premier on the release of Gang Starr's newest single and upcoming album. Guru will always be in our hearts and minds as the memories of us being kids in halls of D&D trying to find our way and having a great time creating. RIP Guru

The Most Iconic Recording Studios In Hip-Hop History

Yeah...we grimy! What you going to do about that??

Many classic rap albums were recorded in a handful of the most iconic studios in hip-hop history. Long before laptops revolutionized home recording, musicians had to go to facilities dedicated to recording music. These magical places, called studios, served as catalysts for delivering fans th...

Shout out to Q-Unique doing it correct for many years.

READY OR NOT? You be the judge.

Q-UNIQUE is a founding member of The Arsonists. From rapping and producing to graffiti writing and working at Fat Beats, Q has witnessed and been a part of many Hip-Hop moments. On "I Seen" the Brooklyn veteran revisits some highlights that he has witnessed. The nostalgic song recalls stories involving Eminem, The Beatnuts, Nas, and more. Does this single make you want to see more of Q-Unique's music?

DO IT FOR HIP HOP!
youtu.be/KcxLHavsKsI
@QNC2

Dope gear from legendary producer Mark 45 King. Check it out!

Be the first to know and let us send you an email when D&D Studios New York posts news and promotions. Your email address will not be used for any other purpose, and you can unsubscribe at any time.

A D&D Studios Remake thanks to Biggs of Rocafella Records!

Anybody knew this was released????

Lost Boyz hanging out listening to their debut album!

D&D artist Krumb Snatcha...."Oxygen" This video was recorded one month before the death of Headqcourterz....RIP

Mama Mystique featuring Q-ball & Curt Cazal.....big track for us .....Peace to Curt Cazal and his incredible production he always provided!

From the Vaults....Mr. Cheeks and the Lost Boyz listen to their first album before they became hip hop legends.......

From the 40's and Blunt's Party Big Jaz and Craig-G freestyle with a young DJ Evil Dee....NEVER BEFORE SEEN

One of Guru's (RIP) groups Stick N Moove being interviewed at D&D. Guru and Gary were fixtures at D&D.......

Check out Afu-Ra featuring Big Daddy Kane on his track "Stick Up"......