#HEATWAVE is featured on SHOOTonline. Head over to the site to get the full story behind our latest work with Grant Greenberg

A mammoth recycling facility serves as the improbable backdrop for a fashion film featuring some of New York’s top models in Heatwave¸ a new short film directed by Grant Greenberg and produced by Derby for V Magazine and eyewear maker Oliver Peoples. Celebrated runway models Elsa Hosk and Hannah ...

Inside the New York City Recycling Center, things heat up as the Spring collections shine a light on sustainable living. For this V118 spread, we teamed up with Oliver Peoples and #KeepAmericaBeautiful to make the magic happen, all set to the tune of Lizzo’s “Juice”!

Inside the New York City Recycling Center, things heat up as the Spring collections shine a light on sustainable living. For this V118 spread, we teamed up with Oliver Peoples and #KeepAmericaBeautiful to make the magic happen, all set to the tune of...

An average of 47 children and teenagers are shot every day in the U.S. — Sia and the National Dance Institute teamed up to create this powerful video

ENOUGH! Gun violence is now the second leading cause of death for American children. On average, 47 American children are shot everyday. This powerful PSA was conceived by Ezra Hurwitz and Robert Fairchild as a dance driven anthem for gun safety and arts education.

Produced by Derby, the project was filmed in New York in partnership with Everytown for Gun Safety, and in collaboration with singer/songwriter Sia, visual artist Marcel Dzama, choreographer James Alsop and the students & staff of National Dance Institute.

It's unacceptable that fi****ms are the second leading cause of death for American children and teens. If you're a student, get involved in the movement to e...

Josh Hayward Celebrates a Renaissance in Southeast Asia in “Still/Life”

@Serrini discussing branded content and his experience making over 100 films for @wowair this summer! Great panel hosted by @abelcine and @sonyalpha. #beyondthestill #bealpha 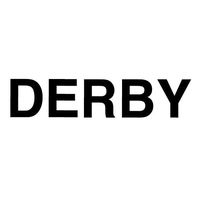 Sony alpha: Beyond the Still | AbelCine

We're teaming up with AbelCine and Sony Alpha Universe to bring you #BeyondtheStill, a two-day educational experience. Join the Derby team in Industry City this Monday for a day of free panels, including #DerbyDirector Roberto Serrini discussing branded content, and EP Mary Crosse moderating a panel on the evolution of social media.

In honor of New York Fashion Week and emerging designers, check out #DerbyDirector Catherine Orchard's collab with LIFEWTR and the Council of Fashion Designers of America (CFDA)!

MTV is releasing an ASMR food series this fall, and #DerbyDirector Ryan Balas is directing tasty, tingle-inducing videos! Check out the Tongal interview with Ryan and his team.

We interviewed Eric Stine, Ryan Balas and Alec Balas of Robel Films, along with their delightfully quirky host, Robynne Yokota, about their ASMR food series for MTV. When it comes to making delicious,…

Stoked to drop another Derby music video for ya'll! For Young the Giant's "Simplify", this visual treasure is brought to you by the creative powers of director Kyle Sauer.

Prepare to be hungry... #DerbyDirector Ryan Balas launched a first-of-its-kind showcase dedicated to food as cinema, a website quirkily named "TheFoodPornHub.com" 🍕🍝🌮 Check out the full press release below!

Filmmakers Ryan and Alec Balas have launched a first-of-its-kind showcase dedicated to food as cinema. Going by the cheeky name of TheFoodPornHub, the new site celebrates the sensual pleasures and visual splendors of the culinary arts. There are no pedestrian cooking videos or reviews of trendy eate...

#DerbyDirector Ryan Balas took a shot at an #ASMRfood video and it’s 🔥! Turn up your 🎧 and enjoy! #foodiegram #tabletopdirector

Our very own Shomi Patwary sits down with Genius to discuss his breakout hit music video for Ric Flair Drip!

“I want it to be a rap video with Ric Flair, because he’s the original rapper.”

Behind the scenes with @bobbybphoto and @nombe #💡🎥🐎 #drama

Gate 61 courtesy of Roberto Serrini. We love everything about this shot. 💛💛

A little behind the scenes action from Texas. On the court with director Catherine Orchard! #bts #💡🎥🐎

Behind the scenes with Creative Director @jonathanrosen_art #💡🎥🐎

Our hearts are overflowing for The Bozzwicks' new little bundle of joy 💝Congratulations Justine Warwick and Michael Bozzo!!

Excited to see Josh Hayward's MUAY THAI on the Vimeo staff pics this morning! It's a knock out 🥊🥊 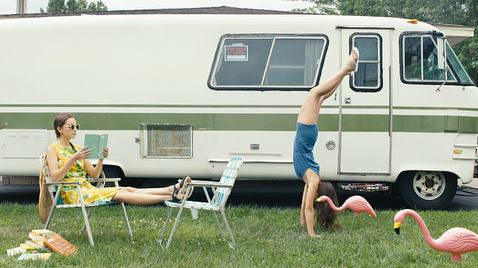 Stills from director @catherine.orchard have us ready for summer ☀️☀️

#tbt to The Beautiful & Damned premiere with our music video director Bobby Bruderle, his lovely parents and G-Eazy!

Muay Thai, a short film from Derby director Josh Hayward, is currently enjoying its world premiere on the global video channel Nowness. A surreal exploration of the intense form of martial art that has become an international phenomenon, the film takes viewers inside the psyche of a Muay Thai boxer....

While aches and pains might be keeping this couple awake, director John JP Poliquin finds beauty in sleepless nights. 🌙🛏 We definitely found comfort with Advil on this project 😴 💤

Josh Hayward's latest film is an intimate portrayal of a Thai boxer. Featured on NOWNESS, the film reveals the rituals and pressures experienced in Bangkok's boxing culture—an environment of grueling physical and psychological tension. Check it out now!

Learn more about our latest director Ryan Balas on AdForum! Ryan’s love for food is also his primary subject as a tabletop director. He has a fresh and natural eye, injecting intimacy into all of his work.

Be the first to know and let us send you an email when Derby Content posts news and promotions. Your email address will not be used for any other purpose, and you can unsubscribe at any time.

In honor of New York Fashion Week and emerging designers, check out #DerbyDirector Catherine Orchard's collab with LIFEWTR and the Council of Fashion Designers of America (CFDA)!

#DerbyDirector Ryan Balas took a shot at an #ASMRfood video and it’s 🔥! Turn up your 🎧 and enjoy! #foodiegram #tabletopdirector

While aches and pains might be keeping this couple awake, director John JP Poliquin finds beauty in sleepless nights. 🌙🛏 We definitely found comfort with Advil on this project 😴 💤

Laura Delman: "One Breath At A Time"

A stunning short directed by @catherine.orchard that displays the empathy and trust between human and mustang while getting to the root of the issue by advocating for viable solutions to be implemented that keep wild horses in the wild. . . Featuring Cat Zimmerman and her mustangs Monche, Bella, and Minnie in addition to other rescued and adopted mustangs, edited by Kristen Bye, Cinematography by Jack Shanahan, Soun by Matthew Liebowitz, mixed by Nora Linde, color by Mickey Micklos and made with the generous support from Derby Content, Harbor Picture Company, and Shipyard Post.

Our fifth installment for Honda's all-new Gold Wing series dropped yesterday. Directed by Roberto Serrini and set inside a massive shipping container race course, this film injects you into an action-packed world - get ready for the ride of your life! This is another full-service production run through Derby, from live-action through to post!

#Repost from Director @catherine.orchard ・・・ @milliebobbybrown switching on the scary face 🔦⚡️👽last year for @teenvogue directed by me

#DerbyDirector Roberto Serrini has been named a finalist in this year's One Screen Short Film Festival with "NYC Blizzard" in the Mobile Film category! 🎬 #Production

#DerbyDirector Catherine Orchard collaborated with breakout artist Sigrid, along with Teen Vogue and Apple Music, to dominate a songwriting challenge and talk about changing the world 🎥 check out the full piece on our site! #Production #Derby http://www.derbycontent.com/portfolio/applemusicteenvogue

Need a breath of fresh air? Check out Derby's new Listerine spot directed by Brad Hasse! It'll blow you away: