We’re reflecting on the impactful life of Zen Buddhist master Thich Nhat Hanh (1926-2022). Our films WALK WITH ME (2017) and MINDFULNESS: BE HAPPY NOW (2015) explore his remarkable journey and influential teachings. bit.ly/3IGmUGz

"Compassion refers to the arising in the heart of the desire to relieve the suffering of all beings."

We're proud that the revolutionary wisdom of Ram Dass graces so many films in our library: bit.ly/2sWeIQO

Official Trailer | Iyengar: The Man, Yoga, and the Student's Journey

Check out the new trailer for Iyengar: The Man, Yoga, and the Student's Journey and visit gathr.com/iyengar to set up a premiere of the documentary at a theater near you!

News about our next release! Follow Iyengar: the man, yoga, and the student's journey for updates.

We are thrilled to share the exciting announcement that we have partnered with Kino Lorber, one of America's best documentary distribution companies, to release our film Iyengar. Screenings will officially begin in the United States and Canada in April!

In the coming weeks, we will be sharing more information on how YOU can host a Premiere Screening in your local theater. We're also very proud to share that a percentage of film proceeds will be going to Guruji’s Bellur Trust. We thank you all so much for your support thus far, and please stay tuned for more information on our exciting theatrical release.🙏

Dear Friends - all DVD and Blu-rays are 50% off or more through June 26th with free shipping (USA) for order subtotals $50 or more. Visit https://alivemindcinema.com/shop

Joseph Campbell and the Power of Myth with Bill Moyers

Today only! $3 off digital purchase of Joseph Campbell and The Power of Myth with Bill Moyers at powerofmyth.net, use coupon STARWARSDAY during checkout.

Forty years ago, renowned scholar Joseph Campbell sat down with veteran journalist Bill Moyers for a series of interviews that became one of the most enduringly popular programs ever on PBS. In dialogues that adroitly span millennia of history and far-flung geography, the two men discuss myths as me...

Happy birthday Joseph Campbell! We are proud to be releasing his groundbreaking 1980 PBS series The Power of Myth for the very first time on VOD. Look for it on iTunes, Prime Video, or at powerofmyth.net

Landmark 1988 PBS series Joseph Campbell and the Power of Myth with Bill Moyers is now available on VOD for the very first time!

AMERICAN YOGI director Steven Newmark spoke with the Marin Independent Journal about the life-changing journey to India that inspired his documentary, now playing at the Christopher B. Smith Rafael Film Center.

Many would say Steven Newmark had it all. He was a successful psychotherapist, author and lecturer who lived in Mill Valley with all the trappings of wealth. Yet, the former hippie was unhappy and unfulfilled.Inspired by Ram Dass’ 1971 b

Narrated by Benedict Cumberbatch, our latest documentary WALK WITH ME takes us deep inside the world-famous monastery of Zen Buddhist master Thích Nhất Hạnh.

With unprecedented access, ‘Walk With Me’ takes us deep inside the world-famous monastery of Zen Buddhist master Thich Nhat Hanh, and captures the life of a monastic community who have given up all their possessions for one common purpose – to practice the art of mindfulness. Narra...

AMERICAN YOGI tells the story of one man's life-changing journey to India in search of a more meaningful life after reading Ram Dass's iconic book BE HERE NOW about the Indian Saint Maharajji.

Opens 12/1 at the Christopher B. Smith Rafael Film Center with director Steven Newmark in person for Q&As! 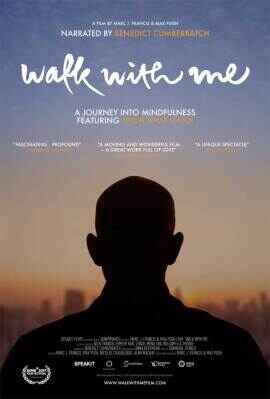 With unprecedented access, ‘Walk With Me’ takes us deep inside the world-famous monastery of Zen Buddhist master Thich Nhat Hanh, and captures the life of a monastic community who have given up all their possessions for one common purpose – to practice the art of mindfulness. Narra... 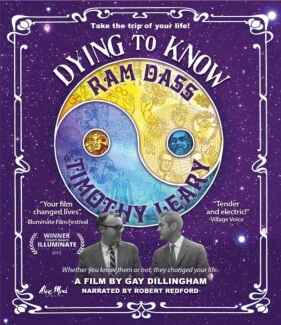 We've been quieter than we should lately, but will be letting you know more about our new and upcoming releases. Be sure to check out Gay Dillingham's documentary about Timothy Leary & Ram Dass. It's now available on DVD & download via Alive Mind Cinema.

"We as human beings have this amazing capacity to be reborn at breakfast everyday and say, this is a new day. who will I be?"

This documentary chronicles the evolution of eastern spirituality in America from its popularization in the counterculture of the 1960s to its widespread infusion into every aspect of our contemporary society. Discusses its role in our new understandings of social inequities, western faith practices…

Golden Kingdom opens tonight in Sebastopol and Berkeley, CA! Get more information and tickets at http://alivemindcinema.com/film/goldenkingdom

Golden Kingdom is a narrative feature film about four orphan boys, novice monks living in a Buddhist monastery in a remote part of Northeast Burma.

Boys Will Be Monks in 'Golden Kingdom' | East Bay Express

Don't miss this moving and deeply spiritual film if you're in the Bay Area!!

Golden Kingdom, a narrative feature that seems at first to be a documentary, takes us someplace we might want to visit and convinces us it's...

Our film ON MEDITATION details the importance of silence and self-reflection through short interviews with the likes of David Lynch to Sharon Salzberg, you can learn more at http://alivemindcinema.com/film/onmeditation

We have a NEW WEBSITE! Take a look and use the code INSPIRE to receive 20% OFF your order http://alivemindcinema.com/ 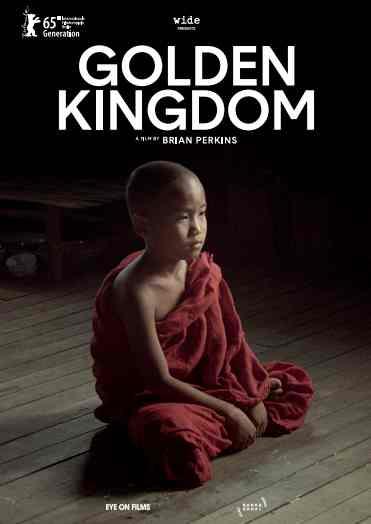 We're so excited to announce our new film GOLDEN KINGDOM opens tonight (6/17) in San Francisco at the Smith Rafael Film Center in Marin Co. and the Roxie in San Francisco! Q&A's with the director as well :)

You can purchase tickets here: http://bit.ly/GK-Roxie

We couldn't say it any better

With One Voice - Home Page

"When we realize that the soul matures naturally and sometimes with pain, we can be more willing to open to whatever we are feeling."

With One Voice is a groundbreaking film in which contemporary mystics speak of one unifying thread that links and transcends all peoples and all religions and invite us to see beyond our illusionary separateness.

"Mindfulness means paying attention in a particular way; on purpose, in the present moment, and non-judgementally."

"If you want to make sense, it has to come from silence"
Happy birthday to Sri Sri Ravi Shankar!

"When you know how to listen, everybody is the guru" 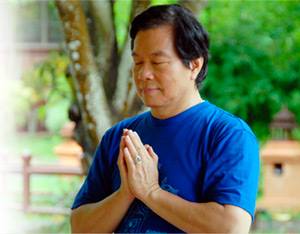 Happy Birthday to Master Mantak Chia, you are an inspiration!

"The universe has an abundance of energy that can enhance and multiply our enjoyment of life. All that we need to do is to be connected to the source."

"God's first language is silence. Everything else is a translation" - Keating

The Power of the Heart

"What a liberation to realize that the “voice in my head” is not who I am. Who am I then? The one who sees that." - Tolle

International Movie and Book about the astonishing power and intelligence of your heart.

The documentary movie about satsang with Sri Mooji in Rishikesh #SOFdocu

The Almost Impossible Task of Filming Songbirds in Flight

This is a very compelling, educational and all around fun video about how the filmmakers behind The Messenger shot the stunning slow-motion footage of songbirds in flight! https://www.allaboutbirds.org/the-almost-impossible-task-of-filming-songbirds-in-flight/

Editor's note: This is a guest post written by Su Rynard, the director of The Messenger, a documentary about songbird declines. We loved the movie (read our review), which features closeup, slow-motion film of songbirds in flight. We asked Rynard how she managed to capture such spellbin

Alive Mind Cinema distribution label specializes in topics related to Personal Transformation, Progressive Spirituality and Cultural Change. Planning to bring to market over 20 titles per year, Alive Mind Cinema will pursue multi-platform releases via digital and packaged home media along with 6 to 8 flagship national theatrical releases, of which "El Bulli: Cooking in Progress" is the first. These theatrical releases will join a distinguished Alive Mind library of 50 films previously released on DVD and digital platforms. These intellectually provocative works deliver the "aha" response of transformative experience, shaped at the hands of top-tier filmmakers such as Jessica Yu (Protagonist), Jennifer Fox (Flying Confession of a Free Woman) and Albert Maysles (Christo's The Gates). Other Alive Mind titles, such works as Jonathan Miller's BBC produced The Atheism Tapes (2005) or the Leonard Cohen narrated Tibetan Book of the Dead (1994), address cutting edge spiritual themes. The lastest Alive Mind release was the critically acclaimed documentary Edge of Dreaming (2010), which premiered at the Rubin Museum in NYC and aired on POV. About Kino Lorber Lorber Films, Alive Mind Cinema and Kino International are theatrical releasing arms of Kino Lorber, Inc., specializing in award-winning international films, classics and documentary features. Current and upcoming releases include the 2011 Oscar(R)-nominated film Dogtooth by Yorgos Lanthimos; Le Quattro Volte, Michelangelo Frammartino's modern Italian masterwork (opening at Film Forum on March 30) that A.O. Scott of the New York Times calls "profound, expansive and unsettling;" Armadillo, the extraordinary and artful documentary about soldiers fighting the war in Afghanistan by Janus Metz; and City of Life and Death, the epic re-telling on the Nanking invasion by Japanese forces, which premiers at New York's Film Form on May 11. Kino Lorber, formed in late 2009 and merged the resources, staffs and libraries of Lorber Films, Alive Mind and Kino International, bringing together Richard Lorber and Donald Krim to create a new leader in independent film distribution. For acquisition inquiries, please send an e-mail to: [email protected] For wholesale inquiries, please contact [email protected] For press inquiries, please contact [email protected]

Be the first to know and let us send you an email when Alive Mind posts news and promotions. Your email address will not be used for any other purpose, and you can unsubscribe at any time.

Send a message to Alive Mind:

Winter In The Blood 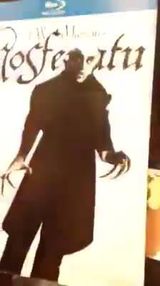 The Wisdom of Sadhguru

Breath of the Gods

So Help Me God

The Tibetan Book of the Dead

Do you have a stay at home spiritual retreat to stream?