Historical context on the Revolutionary war and the Heritage trail in Brooklyn. New contact info... Getting started on the Revolution, a photo journey of historical sites on the heritage trail, cemeteries, historic sites and markers on Long Island. Brooklyn visits are full of history...

Shooting with the Fujifilm GFX-50S

My turn to supergeek the 'Madulls' at #Photoplus2019

Great month for rich, vibrant content posted to my googlemaps and I reached the 90 million views of my images this weekend as a #GoogleLocalGuidesWorld mapmaker. #googlelocalguide

Not every pic works in 3D

Trying out the 3D feature! @JocelynBlack

GoogleMaps places that I follow for status on the NRHP...

Back to Bridges and buildings, sunsets and shilloettes, here's a #DUMBO shot from the #JohnStreetPark

Be the first to know and let us send you an email when BeeCee Photo posts news and promotions. Your email address will not be used for any other purpose, and you can unsubscribe at any time.

Send a message to BeeCee Photo:

Christmas hell, Macy's on the 24th of December

Introducing Eddie Bellas at the launch of the new album

Fashion and Events - a reel of photos and videos from BCtv1

The daily swamp- chasing the pics for various mags during NYFW 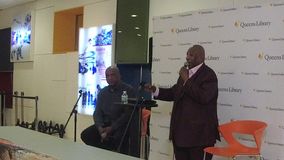 Queens Borough President Melinda Katz Community Board 12, Queens New York Nypd traffic enforcement agents #trafficmess #TEQS #CB12 #blockthebox #BadTrafficLight #DOTFAIL #Fixthelight #BadTix #DOT #NYCGOV #stopTixBlitz Mayor Bill de Blasio Mayor's Office Mayor's Office of Media and Entertainment Chirlane McCray Ticket blitz on- instead of using TEA's to solve the problem of a fast light between Jamaica Ave and Archer Ave in queens, NYPD has directed squads of #TEA's to blitz drivers caught in the box when only 6 cars can enter before being stopped by a badly timed light. Along with construction vehicles blocking the bus lane, articulated buses and heavy AM and PM traffic due to blocked LIRR underpasses(over a year now!) at 150thSt and narrow ones at 143rd st, Sutphin is a traffic and commuter nightmare! NY1 News NY1 For You Nynewstoday #QueensBusService 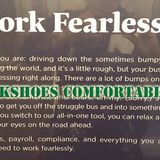 Was the easiest method of creating a custom case for all the items usually tossed in a box for a mobile shoot; also a great way to account for all the small parts in your kit....

Freefly had quadcopters that have 8 rotors capable of handling up to 16 lbs (Think BMCinemaCamera+Long lens); along with mobile platforms and 3 different size gimbals.

Halloween in NYC - The scene outside Toshi's Chillax

A Night on 5th Ave - Halloween at the VIP Monster Bash at 230 Fifth Ave on the Rooftop followed by the band at Chillax next door at street level. PDN Photoplus and Broncolor sponsered the monster bash

Something all gearheads can relate to, padded foam inserts to transport all your instruments and custom cut to your specs... MyCaseBuilder.com

The Search for GyrQuad ... Day one of the Photoplus expo was spent looking at Gyro systems and Quadcopters, of which there were no shortage, making this the breakout item at the show.

Web Streaming fashion/variety Google mapping by photo is our passion that comes from over 40+ years taking pictures of people, cars and barz, the trade shows and events in NYC.

With over 100 million views on Googlemaps from the West coast to the East and south to Mexico and the Caribbean, the collection of places continue to grow. East Hampton on the south fork of Long Island, NY is my summer headquarters, Jamaica Queens is my center and everywhere else is my world.

I shoot Nikon, Canon, PhaseOne and Blackmagic Design; edits are in photoshop and premiere on PC workstations, Final cut pro on Macs and multi-cam post-productions on AVID and Behringer audio systems. 3D and VR productions shot on SONY .

Other TV Channels in New York