Xerxes The Dark - The Rise of AI - OUT NOW! Check out the latest XTD album wherever you get your music.

"In some aspects, this album declares the future of humanity under the AI ruling. Beyond its impressive and great production by Morego, the idea and story behind this album are like a Final Warning. So close your eyes and get ready to taste the nightmare of wandering in an unknown atmosphere of nothingness."
‌
by @gayamagus
‌
@xerxesdark #xerxesthedark #XTD #darkambient #iran #bandcamp #newalbum #theriseofai

In this post we are going to introduce this newly established band from Spain and review their album which was released by the famous label Avantgarde Music. The crucial thing about them is their great start because this album is Ikarie’s first work and a gate to a trilogy. The combination of Spanish literature and rich music in the Sludge Doom Metal genre with Post-Atmospheric and Experimental elements make this album more audible and exclusive. In some parts of the album, you can also feel the Doom / Death effects of the 90s. It can be said with confidence that this album is particular but also is influenced by great bands such as Mar de Grises, Katatonia, My Dying Bride, Paradise Lost, and Cult of Luna. Ikarie’s music is deeply rooted in the place where they live and where the band members grew up. In this album, one can feel the reflection of prostration, loneliness, nothingness, and the need to get rid of this atrocious and bleak life. These reflections form band’s dark, frenetic, and lifeless pieces of music, and again these great works represent different mental states, such as cinematic images and feelings which included torment and misery, grief and agony! Read more:

The Brazilian band Helllight was formed in 1996 and is one of the pioneer bands in the Atmospheric Funeral Doom Metal scene. “Until the Silence Embraces” is the seventh album of Helllight and also one of their best. This album takes you to the dark forests of the Amazon and fills your soul with boundless sorrow; A cold and lonely soul that wants to be cuddled by death... Read more:
FA: http://misty-graveyard.org/helllight_until_the_silence_embraces/
EN: http://misty-graveyard.org/en/helllight-until-the-silence-embraces-en/

Ice Fleet is out now. enjoy.

The fifth Shape of Despair album has been recorded.

Facebook has deleted Satanath Records page again! We ask you to subscribe to Symbol Of Domination and stay in touch! On October 23, they banned the Satanath Records page for posting a flyer featuring a Norwegian band created by musician Count Grishnackh (these names are no longer allowed on Facebook). We lost 16000 subscribers, posts, videos and other content created in 8 years of work. On November 22, we remade another community for Satanath Records, but on December 1, Facebook also removed it for violating the rules (creating a page similar to the one previously blocked). Also, 4000 people were lost. We expected this, so we won't create a new page. We didn't expect censorship here, and that Facebook will block people just for music. We have never supported radical racist ideas, they banned us for promoting the apolitical music of a famous intolerant person. We now have the last community on Facebook to post upcoming releases. Subscribe please! Thank you all for your support! Share this post so we can find all our followers, clients and musicians again!

P.S. We noticed that Facebook has done us another meanness - this page is in the shadow ban now. Nobody sees news from us in the feed. So you can see our news by visiting this page only...

Infernal Pits of Despair, by VitaPhobia

Infernal Pits of Despair, by VitaPhobia

DP got new stuff for you.

I did an interview about Iranian Black Metal Scene back in 2011 with Metallian Magazine @metallianstore . It was undoubtedly one the most exciting experiences in my life. Never thought my work would ever be seen out of my bedroom but it did and I'm very grateful for it. Don't be surprised if I tell you most of the things we discussed in the interview are still relevant in Iran after almost a decade.

Metallian just republished the interview on their website and you can check it out here:

It's now easier to send Misty Graveyard a message.

It's now easier to send Misty Graveyard a message.

And so it was told that in the seventeenth year, things that were thought to be dead begun to stir again in the earth, as if awoken by the stench of man-fear penetrating deep beyond the reach of sunlight. Reanimated by some nameless and cursed source of vitality they say it has begun pouring and trickling from the dark crevices of the North, like an ancient curse into the veins of the world. And with the same fearful fascination that we behold something full of life being robbed of it's vitality and pulse, we shall now bear witness to that which ought to be forever dead but by unnatural impulse and eager invocation is again given life, to haunt and to stalk the night of the world.

Produced in No Solace with M.Z
Artwork by E. Danielsson

Be the first to know and let us send you an email when Misty Graveyard posts news and promotions. Your email address will not be used for any other purpose, and you can unsubscribe at any time.

Send a message to Misty Graveyard: 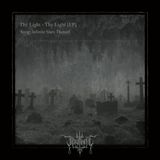 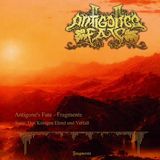 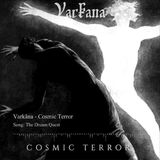