Knowing how to choose a living room rug means you pull your room together, with these 10 inspiring pieces of expert advice

"A book that showcases secluded homes that take the word cabin to a luxurious level while paying homage to their surroundings." - The Toronto Sun

"...[pays] homage to all these forms of beauty that our society struggles to recognize". - Lense
https://www.lense.fr/news/alexandra-sophie-les-corps-feminins-rencontrent-la-nature-dans-flower-shower/

"The Power of Photography (May 2022, ACC Art Books), presents 120 outstanding images from the series, along with the AIPAD gallerist’s insightful words" - The Eye of Photography

"These photographs encapsulate the range of images that capture Fetterman’s imagination, from anonymous photographs to iconic masterworks, all with an underlying humanist spirit." - Photograph

"Thanks to... '150 golf courses you need to visit before you die', there is the opportunity to discover places hidden between the mountains, at the foot of off-the-beaten path landscapes and with magnificent views." - Conde Nast Spain
https://www.traveler.es/galerias/mejores-campos-de-golf-mundo-libro

Beth Bernstein's modern guide to antique jewellery - Something About Rocks

"Author Beth Bernstein's new book The Modern Guide to Antique Jewellery explores the ever-evolving trend towards symbolic jewels, one-of-a-kind pieces and those with a storied past.." - Something About Rocks

"Northern Hideaways: Canadian Cottages and Cabins (Images Publishing, May 16, 2022), a book that showcases secluded homes that take the word cabin to a luxurious level while paying homage to their surroundings." - Ottawa Citizen

"The simple subject line, 'The Power of Photography,' promised affirmation and connection at a time when both were in short supply — and the project delivered both, to judge from the many HEARTFELT REPLIES Fetterman received." - 1st Dibs

In the spring of 2020, when many in the art world were wondering about the future of the industry — and of life itself — the photography dealer Peter Fetterman developed a new therapeutic ritual. He sent out an email a day to his friends and clients, each including a single photograph accompanie...

"A new book brings together 120 photographs from the gallerist’s collection. Together, they tell the story of 20th century photography" - The Guardian

A new book brings together 120 photographs from the gallerist’s collection. Together, they tell the story of 20th century photography

"Published by ACC Art Books, this 320-page volume traces, through more than 390 models, the complete history...of the brand and of the phenomenon of its collecting, thanks also to the contribution of Sotheby's." - GQ Italia

"...his influence on the family business and Indian jewelry was profound. A new book — Munnu: Vision and Passion by jewelry historian Usha R. Balakrishnan — pays homage to that legacy." - Rapaport Magazine on Munnu, pg. 54-55

"A refined actress throughout her career, this absorbing volume celebrates Taylor's achievements and undeniable star quality." - The Lady

"Taken from his new book, Marcus Leatherdale: Out Of The Shadows – Photographs New York City 1980-1992, (ACC Art Books) the show features dozens of black and white portraits and photographs of the celebrities and characters who peopled the often chaotic and clamorous Downtown Art Scene of the 1980s." - The Eye of Photography

Marcus Leatherdale, the charismatic photographer who documented New York’s downtown art scene in the 1980s, died at 69 on April 22 from suicide.

Get Inspired By These Sleek And Modern Canadian Escapes

"If you can’t wait to open up your cottage, taking a peek inside Northern Hideaways: Canadian Cottages and Cabins (The Images Publishing Group, 2022) will make you want to load the car up pronto." - House & Home

Take a peek inside the new book, Northern Hideaways: Canadian Cottages and Cabins.

"The power of photography lies in its ability to ignite emotions across barriers of language and culture. This selection of iconic images, compiled by pioneering collector and gallerist Peter Fetterman, celebrates the photograph’s unique capacity for sensibility." - The Eye of Photography

"...The Modern Guide to Antique Jewellery is a feast for the eyes." - JCK Magazine

Navigating the antique jewelry world can be a daunting experience. But writer and editor Beth Bernstein, with her 20-plus years of industry experience, is here to tell you that if there’s a will, there’s a way in her new book, The Modern Guide to Antique Jewellery (ACC Art Books). Releasing May ...

"Photographer Anouk Krantz's book American Cowboys presents a contemporary affirmation that our cowboy culture is not only alive, but thriving." - Western Horsemen

Review | Fancy pet decor is a thing. So what? Our furry friends deserve it.

"“For the Love of Pets” delves into dozens of products and projects from across the globe that reflect the changes happening in the pet decor market, especially a new consideration for the physical and psychological needs of our animals." - Washington Post

Two new books — "For the Love of Pets” and “Where They Purr” — remind us that a little indulgence goes a long way when it comes to co-existing with our four-legged housemates.

"Bernstein’s book acts as both an educational guide, celebrating the history of antique jewels, as well as a travel guide, pinpointing the best places to shop for these pieces in New York, Los Angeles, Paris, London, and Amsterdam." - National Jeweler

“The Modern Guide to Antique Jewellery” explores antique jewels from the 1700s through the early 20th century.

"Known for their unique blend of graffiti, poster art, comics, murals, animation, fine art and sign painting, Broken Fingaz are an internationally acclaimed graffiti group made
up of four artists – Deso, Kip, Tant and Unga. In this brilliant new book, they push the boundaries of sex and politics and encourage us all to think outside our own experiences." - Red UK

While the right flooring, wall colour and furniture combo can set the foundational design tone in a space, it's the small touches that really breathe life into a home. Be that an artisan vase with fresh flowers, an abstract oil painting in a bespoke frame, or a curated pile of coffee table books - ...

“My mother idolized her because she was a real woman, not just a pin-up,” Risko writes in the book’s introduction. “She showed us every aspect of what a real woman experiences throughout her life and, along with being one of the most beautiful women to ever walk the planet, I think that’s a big reason why we love her.” - Tom and Lorenzo

Roux at Parliament Square Bar and Restaurant - London, UK   Kittens, it is THURSDAY. You can do this. We're all here today in the LOunge to cheer you

A Glimpse into 'Forever Elizabeth,' a Visual Tribute to Elizabeth Taylor

"Featuring a collection of never-before-seen images, Risko's Forever Elizabeth: Iconic Photographers on a Legendary Star (ACC Art Books) offers an intimate glimpse into what it was like to work with Taylor." - Harpers Bazaar
https://www.harpersbazaar.com/culture/art-books-music/g39454115/forever-elizabeth-elizabeth-taylor-visual-tribute/

See never-before-released images of the legendary actress's life through the years.

Antique And Period Jewels The Subject Of New Book

"Beth Bernstein has been on the forefront of the jewelry world for more than 20 years as an historian, author and journalist." - Forbes

Beth Bernstein has been on the forefront of the jewelry world for more than 20 years as an historian, author and journalist. Her latest book is "The Modern Guide to Antique Jewellery"

"In Phillip James Dodd’s glorious new book, An American Renaissance: Beaux-Arts Architecture in New York City, you’ll find buildings whose own names were serially preceded by their architect’s in common conversation—not out of some formal, Gilded Age sense of obligation but because they deserved to be." - Air Mail
https://airmail.news/issues/2022-4-9/enter-the-beaux-arts

She Said She Said

More on Fab Four on the She Said She Said podcast!
https://www.podbean.com/pu/pbblog-ryq5g-470358

A Beatle-Centric Show of Rock’n’Roll Comparisons and Contrasts...

"But now comes a “magic carpet volume” for Beatles fans that blends travel guide with historical reference in an expanded study of The Beatles’ homes, schools, pubs, venues, and important historic sites. And it takes each reader on a personal tour of Liverpool, Hamburg, London, and New York." - Culture Sonar

The Beatles left their mark all over the world -- but in four cities in particular. A new book showcases them all.

Be the first to know and let us send you an email when ACC Art Books posts news and promotions. Your email address will not be used for any other purpose, and you can unsubscribe at any time. 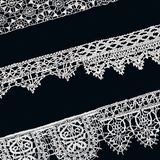 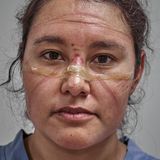 "A Palace in Sicily: A Masterpiece Restored by Jean-Louis Remilleux (published by ACC Art Books) is a photographic journey documenting the splendour of the palace...From its elegant music room to its opulent ballroom, the Di Lorenzo del Castelluccio Palace in Sicily is one of Italy's most decadent palaces." - Forbes
"Philip Jodidio, author of Built to inspire, edited by Images Publishing, is considered an authority on contemporary architecture..." - Arquitectura y Diseño magazine's
"Bruce Springsteen has grown as a live performer. Just ask Janet Macoska. She’s photographed the Boss in concert since 1974, and her work is collected in the vivid retrospective “Bruce Springsteen: Live in the Heartland.” - Asbury Park Press
"There are ample style ideas to drool over in this international compilation by Laura May Todd of the cabins, cottages, hideouts and retreats owned by designers, artists and creative luminaries." - The Australian
"Photographer Jérôme Tanon spent two years travelling the world to photograph these inspiring and talented female boarders and he is now ready to tell their stories in his new book." - Snow Forecast
"The…hitmaker delivered a confident set that highlighted his vocals, likeable personality, and his epic stage presence that left fans mesmerized while he demanded their attention with his palpable energy. The animated hitmaker not only gave a stunning performance, but he also bantered back and forth with his band and the crowd, making for a more intimate show. He even threw roses to fans in the crowd in honor of Valentine’s Day." - Review of Philadelphia “Life on Mars” concert, musicmayhemmagazine.com
"In her newest book, American Cowboys, her black-and-white photographs capture the lifestyle and character of cowboys and cowgirls throughout the West." - Western Horseman Magazine
Yungblud in Washington Square Park! #Yungblud #WashingtonSquarePark #YungbludBook
Hellbangers! https://www.accartbooks.com/us/book/hellbangers/ https://twitter.com/CyberPunkCortes/status/1492276933488488448?s=20&t=U2Y2uyQVJqqJNIgFaV-y9g
"In her latest book, Where We Work (Lannoo Publishers), Bogaerts takes on the role of a profiler matching individuals with their perfect (and most productive) home office. Like so many endeavours of the past two years, it is a product of the pandemic." - South China Morning Post
"Whether you’re planning to recreate a Palm Springs villa in a south London suburb or if you’re simply looking for ways to display souvenirs, this book will inspire." - Reclaim Magazine
"If their perfect vacation involves cozying up in a cabin or decorating their own abode like a home away from home, author Laura May Todd’s How to Get Away is filled with inspiring imagery and expertise from architects, designers and homeowners." - The Hollywood Reporter https://www.hollywoodreporter.com/lifestyle/shopping/best-travel-gifts-1234953510/