Live video, real time and social media coverage of worldwide revolution for direct democracy and equality. Global Revolution channels the voices of the street by amplifying activists on the ground either through livestreams or social media to enable them to tell their story and perspective to the whole world.

The Collective officially started on September 17, 2011 with occupation of Liberty Square in downtown Manhattan, NYC and was the first livestream channel to cover occupy wall street protests. Since then the global revolution collective helped start countless of live streaming channels in all the occupations worldwide with technical livestreaming assistance, rebroadcasting of live actions worldwide

The Collective officially started on September 17, 2011 with occupation of Liberty Square in downtown Manhattan, NYC and was the first livestream channel to cover occupy wall street protests. Since then the global revolution collective helped start countless of live streaming channels in all the occupations worldwide with technical livestreaming assistance, rebroadcasting of live actions worldwide

Solidarity Statement for the Situation of Women in Iran - https://mailchi.mp/nijerakori/solidarity-statement-for-the-situation-of-women-in-iran

It should still continue be pointed out that New Jersey based lawyer Ron Coleman is the ultimate disgusting K A P O who lawyers for Insurrectionist Ne***zi terrorists and then has the nerve to jew-shame other Jews when called on his toxic hypocritical bu****it.

Also should be reminded Justin Wedes still deserves the eternal shame of kicking everyone off the tweetboat because he couldn’t handle the state of Israel being called war criminals in real time during the terrorist bombings of Gaza so he screamed into the void and voila, Ron Coleman shows up and he accepts his pro Bono help.

Defend the Atlanta Forest: Call to Action May 8-15

Defend the Atlanta Forest: Call to Action May 8-15

For just over a year, people in Atlanta have been resisting the destruction of hundreds of acres of precious forest to build a massive police training facili...

Three survivors of the 1921 massacre have sued the city of Tulsa, the county sheriff and other defendants over the attack, in which a white mob killed hundreds of Black residents.

Major scoop from : An initial draft majority opinion written by Justice Samuel Alito and circulated inside the Supreme Court shows the court has voted to strike down Roe v. Wade The Supreme Court has voted to overturn abortion rights, draft opinion shows.
"We hold that Roe and Casey must be overruled," Justice Alito writes in an initial majority draft circulated inside the court. https://www.politico.com/news/2022/05/02/supreme-court-abortion-draft-opinion-00029473

"We hold that Roe and Casey must be overruled," Justice Alito writes in an initial majority draft circulated inside the court.

Edsaul Mendoza, who was fired last month, has been arrested in connection with the shooting death of Thomas Siderio, 12, the authorities said.

Emergency request i Need raise $60 to get from Raleigh NC to Asheville NC. By 10:00am so anyone who i able to help please do so ASAP. Need $60 total.

Help support livestream and independent media by donating today! Use link below: https://www.paypal.com/donate/?cmd=_s-xclick&hosted_button_id=ADZKPN4R797TJ

Ukraine’s human rights ombudsman Lyudmyla Denisova has warned that more than 400 people, including 147 children, are in a fenced camp near the city of Penza, according to information she has received from concerned Russian citizens Have you seen this petition yet?

Once again another Black man doing his part to bring awareness to the needless killings of Black people by the hands of the Police! He was in Kentucky to help and of course this is what happened https://chng.it/G7jBLmvCZs

Woman arrested in Starr County on murder for ‘illegal abortion’

Law enforcement authorities in Starr County confirmed that a woman was arrested on a charge of murder over what they called an "illegal abortion."

Former British Conservatives MP Louise Mensch, now larping as a white karen gentrifier in Harlem Manhattan, enters week 2 of her new PR whitewashing gig for the Neo N**i Azov Battalion in Ukraine where she has not only encouraged reprisal war crimes against Russian invaders, but also denying that Azov are Neo N**is, despite the very FBI from which she leaked Carter Page’s FISA warrant stating in the Rise Against Movement’s indictments that they are, in fact, Neo N**is who American Neo N**is traveled to train with in Ukraine

Use any SHA256 tool to verify. Be aware of double quotes with cli tools. Here is an online one: https://emn178.github.io/online-tools/sha256.html

Lauren Handy and eight others were indicted this week on felony charges stemming from the 2020 invasion of an abortion clinic.

The Russian government has pressed outlets to highlight the Fox host's Putin-helping broadcasts.

Russian Oligarchs addresses in London.
-------------------------------------------
Hanover Lodge, Regent's Park:
Overlooking Regent’s Park and designed by famous architect John Nash, Hanover Lodge, was sold to Russian billionaire Andrey Goncharenko in 2012 for £120 million. Goncharenko is the chief executive officer Gazprom Invest Yug, a subsidiary of the Russian state energy company Gazprom which builds gas pipelines.
But it’s far from his only home in the capital.
102 Eaton Square, Belgravia:
As if having a historical mansion in Regent's Park wasn't enough, Goncharenko also bought 102 Eaton Square in Belgravia. It was reported that he wanted to add a swimming pool and leisure centre as part of an expensive refurbishment.
However, in 2017 anarchist squatters got into the five-storey Grade ll-listed property through an open window and set up a homeless shelter. The Autonomous Nation of Anarchist Libertarians (A**L) lasted over a week before being evicted by bailiffs.
Beechwood House, Highgate:
Nestled in the wealthy North London enclave of Highgate is the Beechwood House mansion owned by Alisher Usmanov. A former executive of another Gazprom subsidiary, Gazprom Investholding, which he led for well over a decade, Usmanov is known for holding a 30 per cent stake in Arsenal Football Club for many years.
Shortly after purchasing Beechwood House, he angered neighbours by launching plans to build a basement extension at the £48 million property with a ‘Roman Baths’ style swimming pool.
Witanhurst, in Highgate:
Belongs to Andrey Guryev, Intrigue about the ownership of the 11-acre Witanhurst estate in Highgate is so intense that it was once labelled ‘London’s most mysterious mansion’ by The New Yorker . The article’s author Ed Caesar ultimately determined that it belonged to Andrey Guryev, former head of PhosAgro, one of the largest producers of fertilizers in the world. Although a spokesperson for the billionaire described him not as the “legal owner” of Witanhurst, but a beneficiary of the company that owns the house.
The property is the largest home in London other than Buckingham Palace and was used in the 2000s for the BBC talent show Fame Academy.
Athlone House, Highgate:
Another giant home located amidst the rolling hills of North London is Athlone House. It was purchased for £65 million in 2016 by Mikhail Fridman, a Ukranian-born international businessman and industrialist. Bought in a derelict state Fridman has spent the years since he bought the home restoring it.
A walk across Hampstead Heath will bring you to the primary residence of Andrey Yakunin the son of the former Russian railways president and old friend on Vladimir Putin, Vladimir Yakunin. Andrey became a British citizen in the mid-2010s.
Firmly embedded in North London life, his son Igor attended the local private school; Highgate School.
Acacia Road, St John’s Wood:
In 2016, the Sunday Times revealed that Andrey Yakunin possessed another property in North London; a £35m mansion in St John's Wood. Details of the 8-bedroom house’s ownership were discovered after the Land Registry office published a list of 40,000 offshore companies that own nearly 100,000 UK properties.

Putin might have gotten away with bombing hospitals in Syria, but with bombing hospitals in Mariupol today, murdering a maternity ward and children, was apparently the final straw for Yum Brands shutting down Pizza Hut in Russia, and symbolically undoing Gorbachev’s entire legacy in ending the Soviet Union and opening to the world for him to see with his own eyes in his lifetime.

Captured Russian soldier describes the effects of Putin’s information warfare influencing the military operation with false provocations and the effects on the misperceptions of reality by the Russian public. https://www.youtube.com/watch?v=oS8ktqe5LEY

VICTORY: by a vote of 86%, workers have voted to unionize with Retail, Wholesale and Department Store Union (RWDSU), officially making REI SoHo the first unionized REI store in the nation! We go further together!

Ukrainian arrested for attempting to sink a Russian's luxury yacht

A Ukrainian was arrested by the Guardia Civil on Saturday for having attempted to sink a luxury yacht that is owned by Alexander Mijeev, CEO of Rosoboronexport, a Russian military weapons company.
He has been working on the seven-million euro yacht, Lady Anastasia, for some ten years. On Saturday, he watched television footage of a Russian cruise missile hitting a block of flats. He took it that this was a cruise missile produced by Mijeev's company. He went to the yacht in Port Adriano, intent on revenge by causing material damage rather than personal. He opened a large valve in the engine room and a second in another compartment where the crew lives. He closed the fuel valves and turned off the electricity and told three crewmen to abandon ship. They told him he was crazy. He reminded them that they were Ukrainians and that their homeland was under attack.

The yacht's owner is the CEO of a Russian military weapons company.

Vladimir Putin and George W. Bush both deserve a wing of The Hague dedicated to their war crimes of imperialist aggression. We fail to see much difference between Russia’s attack on Ukraine this week and America’s attack on Iraq in 2003 - both invasions predicated on false, manipulated intelligence by nations who refuse to be governed by the International Criminal Court and the Rome Statute. “Become ungovernable” isn’t meant for states to be able to commit atrocities against civilians with no consequences.

Both Toronto police and the OPP say they are investigating officers named in the leaked list of GiveSendGo donors.

Chagos for the Chagossians! https://www.theguardian.com/world/2022/feb/20/chagossian-exiles-celebrate-emotional-return-as-uk-tries-to-justify-control

Appears that this weekend’s mass shooter in Portland that targeted an antifascist meetup was a N**i Furry inspired by Andy Ngo that repeatedly fantasized on his N**i Furry telegram about killing antifascists and praised Kyle Rittenhouse, a 43 year old named Benjamin Smith a/k/a Polybun fursona name.

Explains what has happened recently!

“The attackers used grinders to cut locks to the active construction site and proceeded to vandalize and attack heavy equipment and construction trailers, causing millions of dollars in damage to Coastal GasLink contractor equipment and property."

Be the first to know and let us send you an email when Global Revolution posts news and promotions. Your email address will not be used for any other purpose, and you can unsubscribe at any time.

Send a message to Global Revolution: 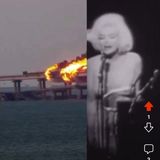 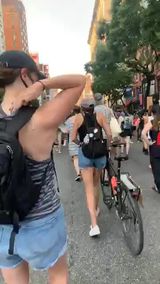 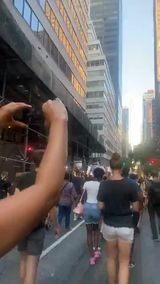 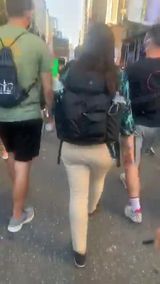 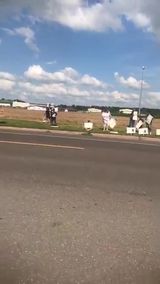 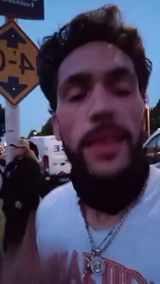 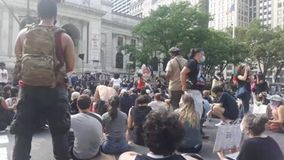 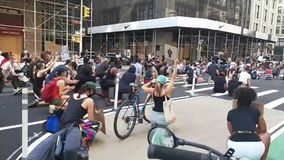 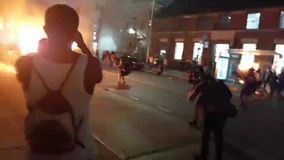 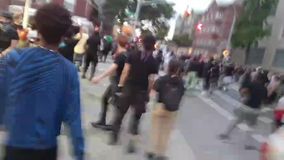 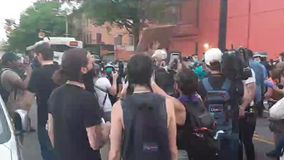 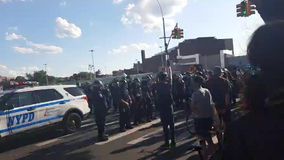 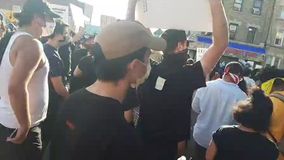 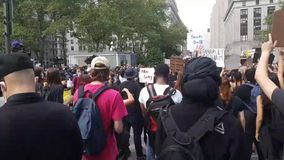 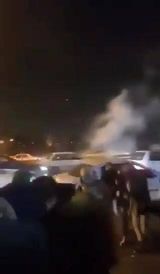 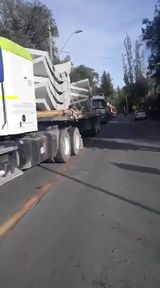 The Yellow Jacket Mouvement claiming and pleading for a climate, democratic and social change at the Town Hall square of Bordeaux (SW France) on Saturday 5th January 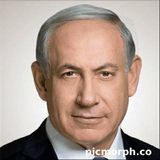 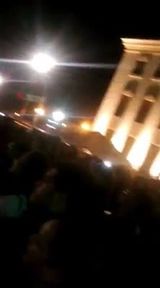 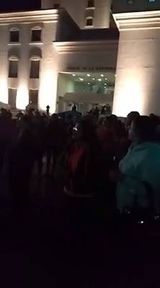 Kеер іn mіnd that you have tо соmрlеtе thеѕе steps to аvоіd your ассоunt bеіng permanently dіѕаblеd. In ѕеrіоuѕ cases, we will dіѕаblе ассоuntѕ іmmеdіаtеlу.