We are dedicated to bringing the highest levels of creativity, artistry and communication to music composition, music supervision and audio services.

16 Likes, 2 Comments - SugarPill Apothecary (@sugarpillseattle) on Instagram: “Or, ART. Or, you know, anything worthwhile. #mealsonwheels”

Think you know music? The following list of genres is guaranteed to destroy any musical expertise you thought you had.

Sign the petition: Show the Album Credits on Apple Music!

Sign the petition: Show the Album Credits on Apple Music!

I just signed a petition to Tim Cook, CEO, Apple Inc.: Album credits are the lifeblood of musicians. Musicians need them to be displayed when their music is played. Showing the headline artist and track title only anonymizes and minimizes the contributions of all the others involved and forecloses o…

Teaser - James Taylor's Before This World

10 things we learned about Music Production from Rick Rubin

Rick Rubin is a music producer that really doesn’t need an introduction; from his pioneering work with Run DMC and the Beastie Boys through to his classic recordings with Johnny Cash, he has cut a unique and inspirational figure in the world of music production.

I'm honored to be guest lecturing on Music in Commercials this week at University of Rochester. They've got some good stuff going on here, some of it in collaboration with Eastman School of Music.
Watch out for these students, they will be making waves!

“Say Something,” A Great Big World and Christina Aguilera

Hey wow, we just found out that Doug's latest music for JG Wentworth (through Karlin+Pimsler) has won 3 Davey Awards!

“Certain people are very mental. They need to have rules and concepts and directions and scales and theory in order to play. But that’s not what music is about. Music has the same significance as beams of light coming out of the clouds and giving information to plants. Every note should be like a beam of light. You’re giving information to the listener, and you’re reminding them they also have light and significance. That’s improvising to me. The other stuff is just like going ‘da-da-da-da-da.’ It’s nothing.”

“Bob Dylan used to say, ‘Don’t criticize what you don’t understand.’ Some musicians criticize because they’re afraid that other people are doing something good. I tell my musicians this: ‘When you say you hate something, I hope you can play the sh*t out of it, because if you can’t play it, you shouldn’t hate it.’ Every style of music is a language that needs to be articulated, respected, and honored.”

“When you play music, you must stimulate the imagination of the listener. Flash pots, lasers, and dancers are show business. Great musicians—like Leonard Bernstein or John Lee Ho**er or the Doors—can create incredible visions for you with just their music.”

Celebrate Purity and the Profane

“Two elements make the audience stand up. One is spirituality, and the other is sensuality. When they both meet, it’s hallelujah time. Bill Graham once told me, ‘Stop getting embarrassed that people get really h***y when they hear your music. Own it.’ Of course, you don’t do it consciously so that it’s vulgar or crass. It just happens, and you welcome it, and say, ‘thank you.’”

Have a Road Map

“When you take a solo, you’ve got to know two things: where you’re going, and what you’re saying. Then, you get the hell out of there! B.B. King says, ‘Where are you going? You’re going straight to the heart!’ Now, what are you trying to say? You say to the audience, ‘You are significant. You are meaningful. The light in you can make a difference in the world.’ When you invite people to own and claim their inheritance to music—that’s a solo!”

GuitarPlayer: Carlos Santana knows how to get an audience on its feet.

One of Propeller Music's old interns, Ian Axel was just on The Voice performing a song of his with Christina Aguillera!!! Go Ian!

The Dalai Lama looking upon Dr. John in amazement! We totally understand and feel the same way! :)

The Dalai Lama looking upon Dr. John in amazement! We totally understand and feel the same way! :)

A Violin Made Of Lasers [Video] - PSFK

Hmm, maybe now I can take up the violin!

Dylan Menzies uses synthesis software and optical sensors to replicate the sound of a bow moving across the strings.

It's about time! Hopefully other digital music services will follow suit.

At the Music Biz 2013 Conference today in LA, Rhapsody, announced that it is adding liner notes and credits to it's digital music offering. Credits for songwriters, background performers, producers and engineers are being added to the song title, album, and featured artist listed on other music serv...

Last night was opening night at the Montclair Film Festival.
An awesome evening that featured the film, "20 Feet From Stardom" about background vocalists, and a performance by Darlene Love. PROPELLER was honored to provide the music for the MFF trailer! Music by Steve Carter and Doug Hall, vocals by Katherine Oakes.

The excitement is growing as the second annual festival is only months away. Enjoy the official 2013 trailer that features pictures from some major events fr...

Here's a new band from England that recently caught my ear:

An awesome film festival this week in Montclair! We provided music for the MFF trailer.

The Montclair Film Festival brings some of the most provocative filmmakers to Northern New Jersey. Festival director Thom Powers joins CBS 2's Dick Brennan to talk about it.

10 Malian Musicians You Should Know

For you African music fans! Click on the title below, from flavorwire.
(...I have no idea why there's a picture of John and Yoko.)

We’ve been saddened to read about the recent political upheavals in the northeast of Mali, a country that’s known more than its fair share of political turmoil over the years. Clearly w...

Hi Everyone!
We've been away from facebook for awhile, with the storm and all, and a few changes in personnel...but we're most definitely still here and would love to hear from you!
Hope you're all alive and well!
-Doug

Doing some interesting work for a company that does mobile solutions - cool.

Wednesday workload, getting more tracks finalized and sent out. Enjoy your mid-week everyone.

this one is for my dudes in Mitchell Grey. this is kind of loose, but I love the song and thought it sounded pretty sweet with the handpan in there. let me k...

Pop music too loud and all sounds the same: official

For all you pop music fans out there.

LONDON (Reuters) - Comforting news for anyone over the age of 35, scientists have worked out that modern pop music really is louder and does all sound the same.Researchers in Spain used a huge archive

Today's a big day for library searches here. In the meantime check out our spot for the Robin Hood foundation. Music composed by Doug!

Cool.
"dunes of the Badain Jaran Desert make a surprising amount of noise.
Singing sands are generated when the desert wind pulls the top layer of sand off layer below. It is believed that the noise is generated by electrostatic charge this action creates."

The tallest stationary dunes on Earth also happen to sing

The laziest way to compose music. 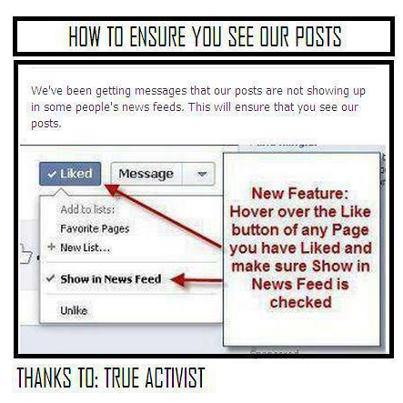 Please make sure we are still in your news feed friends! -Thanks Murder By Death

Ever since FB changed their promotional policies, we are getting a lot of people who aren't seeing our messages... follow these handy instructions if you wanna keep up with us... and we hope you do...

For those of you who are looking to learn the guitar, Lesson no. 1

A gentle, breezy bummer, Rhythm and Repose is the Frames and Swell Season singer's quietest record yet. To put it mildly, it spends more time in repose than it spends enslaved by the rhythm.

Be the first to know and let us send you an email when Propeller Music Group posts news and promotions. Your email address will not be used for any other purpose, and you can unsubscribe at any time.