Modern Vintage Recording in Hell's Kitchen We're a full-service professional recording studio in Midtown Manhattan. What sets us apart is our fantastic collection of vintage microphones, preamps, guitars, basses and amps, as well as our extraordinary piano and vintage Gretsch drums.

We specialize in recording live - tracking rhythm sections, strings, chamber ensembles, horns, vocals - you name it. Block booking and hourly rates are available. Contact us for rates and availability.

Greetings folks. Just a note to say that a couple of pirates took control of the John Kilgore Sound & Recording page last night, and posted some spam. They're gone. For the moment.

Spectrum has been having major issues with the node that serves the Film Center Building, which means that our phone and internet service has been either non-existent or spotty. It seems that as of yesterday, they may have resolved their issues, but if you've tried to call and haven't gotten through, please email me and/or Vera, or PM me.

Check out Charlie Rosen's 8 Bit Big Band, one of the most challenging and straight-up fun projects it has been my pleasure to work on. Whatever wouldn't fit in my studio, we took over to Powerstation Berklee Studio C.
https://www.youtube.com/channel/UCxUheFf_jVsSkxW9DBd_6bA

The 8-Bit Big Band is a full sized Jazz/pops orchestra that formed to celebrate and realize some of the best musical themes written from various video games ...

Spent yesterday with the Bellows Brigade, led by the one and only Guy Klucevsek, with Jeanne Velonis producing, and occasionally filling in on bass accordion, the most awesome instrument ever created.

Apparently, there are rumors on the street that the studio is closing. It's not.

It seems this got started when I had to clean out my storage space and sold off or gave away a few items that I no longer needed. Somehow that got blown up into this rumor.

Just out - great project by Sandro Albert and Manu Lafer. So glad to have been a part of this!

A great profile in the Times of Sheldon Harnick.

Involved with five productions this season at 91, the lyricist best known for “Fiddler on the Roof” has no intention of retiring.

Janet Krupin sings a funk/neo-soul arrangement of "I Want to Hold Your Hand" from the album "Meet the Beatles" 1964 #TeamChuck creates new studio arrangement...

Charlie Rosen is at it again! Check it!

Ben Fankhauser sings a neo-funked up arrangement of "I Wanna Be Where You Are" from Michael Jackson's "Got to Be There" 1972 #TeamChuck creates new studio ar...

Shawn Pelton was in doing beautiful work on The Songs of Beulah Rowley with Hal Willner producing. Mary Lee Kortes is making an amazing album, also taking the picture, which is why she's not in it.

Review: Brian Landrus Trio’s ‘The Deep Below’ Is All About the Bass End

Composer and multi-instrumentalist Brian Landrus' album, The Deep Below, was released today. It got a great, well-deserved writeup in the NY Times. Congratulations, Brian! http://mobile.nytimes.com/2015/06/16/arts/music/review-brian-landrus-trios-the-deep-below-is-all-about-the-bass-end.html?referrer&_r=0

The multireedist Mr. Landrus is in stark relief with the no-nonsense rhythm team of Lonnie Plaxico on bass and Billy Hart on drums.

Once again, ladies and gentlemen, Charlie Rosen and Friends: https://www.youtube.com/watch?v=c4o7sGjlZ2M

Brian Landrus' new trio album, to be released on June 16th, was an incredible musical pleasure to mix. Thanks, Brian, for the opportunity to have an hand in this!

This is from the June 16th, 2015 release "The Deep Below" by the Brian Landrus Trio, on Palmetto/BlueLand Records. Brian Landrus-bari sax, bass sax, bass cla...

A woodwind/tabla infused modern vocal Jazz cover of "Julia" from The Beatles' "The White Album" 1968 "Charlie Rosen and Friends" is a pet project YouTube ser... 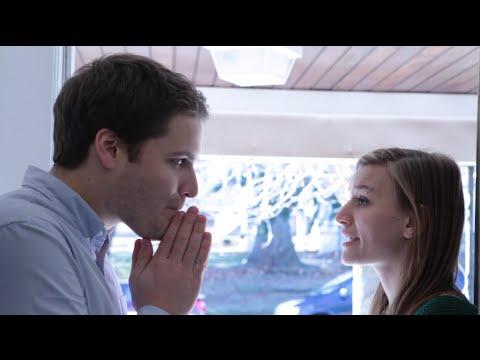 Henry Hall's senior film thesis, featuring a tune he recorded at the studio. In one evening. Boom. Check out his new EP, too.

Sheldon Harnick was in recording songs from Dragons. Jay Leonhart played bass. I love my job.

Considering all the thousands of hours I spent laboring over a hot tape machine, it's odd to feel like this is a rare occasion - two machines!

Music for the Macy's Thanksgiving Day Parade floats is done!

Via the great mastering engineer Darcy Proper. Obviously, I have an opinion on this, but I think this is a very good summation of the points.

Paul White t is an unfortunate fact of life that the democratisation of music production, much of which is down to the affordability of computers and music software, has had a serious impact on the professional studio market, forcing down rates and causing many studios to close.

Recording the score for Indian Ink

Marco Panascia is smiling. The 66 Precision into the B18 is making him happy. Richard Huntley is happy too.

Whole thing tracked in 7 hours, soup to nuts. Mixed in 2. Boom. More like that, Charlie!

"Charlie Rosen and Friends" is a pet project YouTube series that lets me create new studio arrangements of the songs I love, while showcasing the amazing tal...

Aaaand we're done! Steve Reich, John Kilgore, Judy Sherman and Alan Pierson after finishing the mix of Radio Rewrite. Fantastic performance by Alan and Alarm Will Sound of a fantastic piece by Steve. Due out on Nonesuch in September. Also on the album will be Vicky Chow's recording of Piano Counterpoint and Jonny Greenwood's recording of Electric Counterpoint. Can't wait!

Steve Reich, Alan Pierson and Judy Sherman listen to playback of the mix of Radio Rewrite.

Grand Cousin is a three-piece band based in New York City led by songwriter and vocalist Henry Hall. Hall is no stranger to the entertainment industry—his mother is actress Julia Louis-Dreyfus—but dance-friendly tracks have given Grand Cousin the musical recognition to stand on their own. Hall and f…

In the studio with Michael Gomez.

Slightly wiggly pan scan of the Neve in Avatar A.

Yesterday in Avatar A

Be the first to know and let us send you an email when John Kilgore Sound & Recording posts news and promotions. Your email address will not be used for any other purpose, and you can unsubscribe at any time.

Today's the day –– my new album "Enter The Fadolín" is released and available on all streaming platforms! Give it a listen, put it on repeat, submit your ears to the magic of the fadolín sound. Tell someone about the fadolín -- it might change their life -- without a doubt it has already changed mine, and it feels like just the beginning. Today's also the anniversary of my engagement with Inna, and my parents wedding aninversary. That's a lot to celebrate in one day! I'm available to tour this solo project worldwide - the technical rider is simple: a bottle of water. I'm also available for commissions and collaborations, and also for fadolín lessons, in person and online. I'd like to once again thank everyone that made this journey happen: to my papa, Александр Журбин, who wrote a beautiful new piece expressly for the fadolín and has always been a fountain of humor, resilience, knowledge, inspiration and love; to my mama, Ирина Гинзбург-Журбина, who has always encouraged my every move (and my aforementioned papa) with boundless love.. All those childhood violin lessons were really helpful for learning the fadolín.. to my wife Inna Barmash-Zhurbin + our kids, Benjy and Yosi, who have tolerated my obsession with growing the fadolín through a pandemic and beyond… to my Patreon backers who have supported this music from the first note; To Eric Aceto of Ithaca Stringed Instruments, luthier of my famiola and first fadolín, restless inventor and advocate, who has poured so much of his energy into researching the sonic possibilities of the fadolín and other non-traditional string instruments, in addition to making his own amplification systems, and being a fountain of knowledge and inspiration, and so much more. Without Eric’s bold quest with the fadolín, it’s unlikely that any of this music would have been written. To Nathaniel Rowan of F-hole Industries, on whose first fadolín this album was recorded -- Nathaniel's fadolín was fortuitously delivered to me a few weeks before the pandemic, and it has been a real joy to get to know this instrument and the music it weaves through the long months of isolation; To Jherek Bischoff, kindred spirit, who told me about Patreon, whose encouragement launched me on this leg of the journey; to Tracy Silverman, Zach Brock, Kyriakos Gouventas, Zoltán Lantos, and others who have blazed this trail, to every luthier who had expressed encouragement, wonder, disbelief or all of the above.. To my viola teachers Samuel Rhodes, who gave me a Zoom lesson on the “Chromatic Fantasy”, twenty years after my graduation, and to Karen Ritscher, who always strove for her students to be comfortable and pain-free. to Yevgenia Nayberg for the beautiful cover art, for taking an idea and making it her own. to John Kilgore Sound & Recording for his mixing talents and decades of knowledge, and to Steven Berson of Total Sonic Media for mastering ten of my records with musicality and attention to the smallest details. ..and one last special thank you to everyone who has continued to support this record on Bandcamp by purchasing and downloading the album, ordering the handmade CD-R and the sheet music. You generosity toward sustaining music in a time when music streaming pays fractions of a penny is greatly appreciated. (And you can download the album in its original 96k/24b hi-resolution master, too!) Thank you, friends, for listening! Wishing you the very best, as you Enter The Fadolín :) -Ljova P.S. Yes, the "Behind the Tracks" series of posts will continue, I have 9 tracks left! :)