This is a monthly publication featuring: News, Entertainment, Fashion, Culture, Faith, Politics and more...We say it the way it is!

If you were excluded from federal COVID stimulus payments & pandemic unemployment assistance, you can still apply for the #excludednewjerseyansfund NOTE: Applicants no longer need to prove COVID impact. Apply until Feb. 28.

If you’re making less than $55,000 a year according to your income tax declaration, regardless of Immigration status and DID not receive Stimulus Check and COVID Unemployment Check you’re eligible for a one time direct cash benefit of between $2,000 as an individual and up to $4,000 as a family.

This benefit application is for a short period of time, on first come first serve bases until the funds runs out.

Here’s Our Contact Informations, we can help you with your application on first come first serve basis until Funds runs OUT

We look forward to your correspondence or document submission preferably by email please.

FIRST AFRICAN PERFORMER TO WIN OSCAR IN 1964 - SIR SIDNEY POITIER PASS ON TO GLORY AT 94.

Immigrant, Civil Rights Activist, Legendary Actor, Ambassador, True and beloved first son of Africa by the way of Bahamas to win best Actor to win Oscar in 1964 died at 94

The Legendary Actor and Civil Right Activist during the dead heat of segregation and racial discrimination - His Excellency, Sir. Sidney Poitier, who piloted a 71-years career which includes iconic roles in the classic Hollywood movies ranging from “A Raisin in the Sun,” “Guess Who’s Coming to Dinner” and “Uptown Saturday Night,” was reported dead this morning at the age of 94, and cause of death is unknown at this time according to our Bahamas correspondent.

Sir Poitier migrated to New York City at age 16 after living in the Bahamas with his family for several years. Shortly after arriving New York City, he started working as a janitor at the American Negro Theater in exchange for acting lessons. From that moment, he took up acting roles in plays for the next several years until his film debut in the racially charged film “No Way Out.”

During his prime in NYC, Race and social justice became central themes in which most of his work focuses on in the ‘50s and ‘60s.

The Miami-born legend and activist earned his first Academy Award nomination in 1959 for his work in “The Defiant Ones.” The nomination was electrifying with applause to America as Poitier was the first African American to be nominated for Best Actor.

That role also earned him a Golden Globe win and a BAFTA Award. Poitier made a stint and even break more barriers in 1963 with his hit film “Lilies of the Field.” The following year, Poitier became the first African American to win Best Actor at the Academy Awards.

His tremendous work during the civil rights movement led President Barack Obama to presents him with the Presidential Medal of Freedom to Ambassador and Legendary Actor Sidney Poitier during a ceremony in the East Room at the White House on Aug. 12, 2009.

As God will have it, Sidney’s career continued to climb for several more years. In 1967, he starred in “In the Heat of the Night” as well as “Guess Who’s Coming to Dinner,” an interracial and controversial romance comedy that ruffled feathers in America. Then came other memorable films, including “They Call Me Mister Tibbs” and “Uptown Saturday Night” opposite Bill Cosby.

Though Sidney Poitier’s career is legendary, but his private life wasn’t that glamorous. He was married to Juanita Hardy, his first wife, from 1950 to 1965. That relationship produced four daughters. During that time, he also engaged in a nine-year affair with Diahann Carroll. It was a very difficult time in their lives as she too was married.

Carroll also claims that Sidney Poitier convinced her to end her marriage with husband Monte Kay while he ended things with his wife. He never held up his end of the bargain and ultimately strung her along.
Poitier remarried in 1976 to Joanna Shimkus and the pair welcomed two children.

With the challenges of life, Poitier wrote two autobiographies “This Life” published in 1980, detailed his childhood and his troubled romantic life. He went further to released several more works, including “The Measure of a Man: A Spiritual Autobiography” (2007) and “Life Beyond Measure: Letters to My Great-Granddaughter” (2008).

“As I entered this world, I would leave behind the nurturing of my family and my home, but in another sense I would take their protection with me,” he said in “Measure of a Man.” “The lessons I had learned, the feelings of groundedness and belonging that have been woven into my character there, would be my companions on the journey.”

There’s no doubt that Sir Sidney Poitier, made his contribution towards peaceful coexistence as a man that stood against all odd during the heat of racial domination in America history. May his soul rest in perfect peace.

IMMIGRANT AND FIRST AFRICAN PERFORMER TO WIN OSCAR IN 1964 - SIR SIDNEY POITIER PASS ON TO GLORY AT 94.

GOODBYE PROUD AFRICAN! The Great South Africa's Archbishop Emeritus Desmond Tutu, an anti-apartheid activist and Nobel Peace Prize laureate, gave up the ghost today Sunday, December 26th, 2021, in Cape Town, South Africa at the age of 90. Archbishop Emeritus Desmond Tutu, a crusader for equality and racial justice, rose to global prominence as a leader of the anti-apartheid movement in South Africa, struggling against a political and social system of minority rule that he saw as cruel and unjust to the people. Amid a violent and turbulent time, Tutu was known for his sermons calling for non-violent action. He was awarded The Nobel Peace Prize in 1984. #skadektv #skadekmedia #peachytimemagazine #skadek

FROM #theazks TO YOUR HOME. We wish you a very fantastic #Christmas and exceptional #NewYear 2022! The chaos of year 2021 and previous does NOT determine whom you’re created to be, greater height is your portion. With genuine #Love of God, not hypocrisy. #QueenAdekoya and #PrinceAdekoya wishes you ALL your heart desires according to #HIS riches in glory. Go ahead and celebrate your victory In Jesus Mighty Name!

OONI OF IFE BLESSED IDANRE KINGDOM AS THE AGED OWA MONARCH CORONATE WORTHY OMO ODUDUWA ON HIS 45TH CELEBRATED ANNIVERSARY INCLUDING MOSES OLAFARE - THE DIRECTOR OF MEDIA & PUBLIC AFFAIRS OF THE PALACE OF AROLE OODUA.

Ooni Ogunwusi who made the long journey in company of Yoruba monarchs and Ife High-Chiefs, described Idanre as his second home, stating that the ancient town is the only one in Yoruba land that shares nomenclature with Ile-Ife; the source of Yoruba race.

"Your real name is Ife'ke which means the Ile-Ife at the top, you all migrated from Ife and your kinsmen are still in Ife till date doing so well. When your ancestors first got here, they were referred to as 'Ara IFe', which means people from Ife.

"Yoruba people are one no matter where we are or what we do, we are still one people with enviable way of life." The Ooni said.

Earlier in his address, the Owa of Idanre, Oba Adegunle who could not hide his heartfelt gratitude to the Ooni for making the trip, described the ancient Ile-Ife as the cradle of civilization and entire Yoruba people.

On the status of the Ooni, the nonagenarian who brought out a set of documents recorded before and after the colonization of Africa, stated that the Ooni is the leader of all Monarchs in the entire Oodua Race..

"Ile-Ife is the cradle of Oduduwa kingdom and somebody occupying the position should be given that recognition as the overall father all of us in Yorubaland and Oduduwa Race in general.

"There are pictures here showing the huge roles played by the Ooni in those days especially in leading other Yoruba Obas during meetings that had to do with security, peace and development.

"So, Kabiyesi, I need you to do more of this, I am aware of your good works and I am proud to be associated with you but we need more. Do not listen to what some negatively minded people might do or say, Oduduwa would continue to be with you." The Owa said.

Comrade Moses Olafare; the Director of Media and Public Affairs to the Ooni of Ife as well as other top personalities were pronounced as chiefs of Idanre Kingdom, as part of activities earmarked for the celebration of the Owa's 45-year coronation anniversary.

Comrade Olafare who was pronounced the Otunba Olayera 1 of Idanre Kingdom, was cheered by the happy crowd including his principal, the Arole Oduduwa Olofin Adimula, Ooni Adeyeye Enitan Ogunwusi Ojaja II, while the Elewo traditional band of the Ooni thrilled the gathering with awesome performance.

It’s an undeniable joy for the Oonirisa to witness the installation of Otunba Olayera 1 of Idanre Kingdom in Ondo State, Nigeria.

THE OONI BLESSED IDANRE AS THE AGED OWA CELEBRATES & CORONATES...

Be the first to know and let us send you an email when Peachy Time Magazine posts news and promotions. Your email address will not be used for any other purpose, and you can unsubscribe at any time. 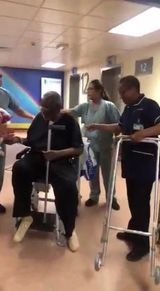 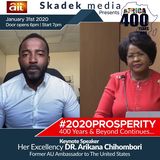