Mirrortone is a multi-service music company headed by Jason Rothman and Roman Molino Dunn. Jason comes to Mirrortone with a BA in Music, an MFA in Design and Technology, extensive experience working in a home studio, and 4 years of working as a composer, producer, and engineer for an Emmy Award winning music production company, Audiobrain. Roman comes to the studio with a BA in music theory, an MA

Mirrortone is a multi-service music company headed by Jason Rothman and Roman Molino Dunn. Jason comes to Mirrortone with a BA in Music, an MFA in Design and Technology, extensive experience working in a home studio, and 4 years of working as a composer, producer, and engineer for an Emmy Award winning music production company, Audiobrain. Roman comes to the studio with a BA in music theory, an MA

When the Amazon company @wonderymedia approached us about mixing the third season of their hit #podcast Blood Ties (starring @gillianjacobsofficial @christianleenavarro and @therealstormare), we were beyond excited to jump on board. The premier was last night and we’re thrilled to have been part of the first podcast platform to offer Dolby Atmos support! 🙌🙌 to @megmonaco and @paneveno for bringing us onboard for this!

Really happy for @tommymarzband and @jjjschroeder hitting the @billboard charts for their new anthem “15”, produced by our own @electropointmusic ! If you don’t follow those amazing musicians, check ‘em out and listen to all their wonderful art! #recordingstudio #producer #pop #top40

Go check out the new track by @tommymarzband and @jjjschroeder of The Smashing Pumpkins produced by our very own @electropointmusic .

Nothing shows your support to these musicians like checking out there song on iTunes, so go to iTunes and search for 15 by Tommy Marz to show the incredibly talented musicians some love!

Beyond proud to celebrate the release of 'Mix Queen: A Relationship Mixtape' with @thetinaburner and @blakeallenpresents. The album debuted at #1 on the iTunes comedy charts! And we love the USB cassette that was gifted to us by the team 👀

Shootout to @collin_stanley who's been behind the board running some #indierock #hiphop and #popvocal sessions over the past few months while we've been extra busy with #recordingsessions , #mixingandmastering new records, #filmscore and #sounddesign , and launching new #podcasts 😎🤘

We are excited that @ailoveyoumovie is coming to @netflix on February 15th. #filmscore #composed by @electropointmusic and sound-design by @jayrothmanmusic , Mixed and mastered by @mirrortone

Now launching the brand new podcast “What’s Burning?” from the @galileeculinaryinstitute and hosted by @kitchensense Mitchell Davis! We’ve written the theme music and the logo for the show and provide editing and mixing services as well. If you love to hear culinary experts discuss current food trends in the middle east and around the world, fire up this podcast on all podcasting platforms!
_
_
#podcast #podcasting #composer #sounddesign #audio #cuisine #culinary #galilee #israel #middleeasternfood

Gotta keep our #vintage @tridentaudio mixing console fresh and clean for yet another year of #studiorecording. Grateful to have expert board technician John Horne on the job. Swipe left for analog channel strip tease 🤤

Thanks everyone for a year full of great collaborations with friends new and old. See you in 2022, Happy New Year!

Great to have actor/director Clark Johnson in the #studio recording #voiceover narration for an upcoming documentary series. Excellent and easy to work with and had @jamesqyou cracking up between takes. A good sense a humor makes recording and 40+ page script fly by!

@christinelamprea in the #studio laying down some 🔥 #cello for #composer @derekmenchan

@jarrettwalser sounding sharp as heck on our #drumkit for an upcoming @mikesands811 project. This guy's an excellent #sessionmusician 🤘

It was a pleasure to host @tommymarzband putting on a private #studio show in appreciation for his closest supporters. Loved the intimate acoustic performance!

Had a wonderful time recording the rare and beautiful bandoneon with @rodolfozanettibando for a @haroldonealofficial project. Classy gents!

For your 2021 Emmy® Consideration for Outstanding Music Composition for a Limited or Anthology Series, Movie or Special, consider our boy @electropointmusic (Roman Molino Dunn) for @huracanthefilm on @hbomax ! Directed by the indomitable @cassiuscorrigan and sound designed by the g.o.at. @jayrothmanmusic #recorded #mixed and #mastered at @mirrortone studios!!

Big shout out to our friend and collaborator @arowanafilms Evan Jackson Leong for the latest news on his incredible feature film Snakehead! We’re lucky to be a part of such an amazing group of talented filmmakers that worked so hard on this movie. We’ll keep you posted on the details of when and where you can see this film. Excited for what comes next!
-
-
#film #filmmaking #audiopost #score #sounddesign #indie #recordingstudio #postproduction

Proud to have worked at the studio with legendary #jazz composer Branford Marsalis #recording some of the #music for the @netflix #film Ma Rainey’s Black Bottom. One of the best films of the year with incredible writing and performances from Viola Davis and Chadwick Boseman. A special experience to be involved with a film of this caliber.

Sometimes you have to listen to what’s inside...
#recordingstudio #music #audiopostproduction

Shoutout to all of our wonderful #podcast clients! 2020 has been about adaptation, and with many people #recording interviews and dramas remotely, we’ve gone with the flow helping people record over the phone, #skype, #sourceconnect, etc. to keep the content coming in one of the fastest growing segments of the entertainment industry. We’re also helping new shows stand out by #composing original music and #sounddesign to give listeners an increasingly immersive experience. For some great new shows check out the new app from our friends at Wondery Media who are putting out some really exciting stuff right now! And if you miss traveling and want to hear some amazing travel stories check out The One Way Ticket Show where guests pick a destination from which they can never come back. What would be your one way ticket?

Our very own #composer #producer @romanmolinodunn @electropointmusic talking about #composing the #filmscore for @hbomax @hbo #featurefilm @huracanthefilm by @cassiuscorrigan on the amazing platform @film.music.media Find the full interview on their YouTube !

@mkguitar continues to warm our heart with his #music. #recording #classical #guitar with @jasonsagebiel in the #studio. Music = life. @bigmakmuzik killing that mic technique.

@joesettineri killing the game again. The dude is pushing 300k streams on the last two songs he trusted @electropointmusic with, feeling honored to do another. Click over to his page, search him on Spotify, send him love letters!

#classical #guitarist extraordinaire @mkguitar in the #studio #recording his wonderful music. Such a pleasure to work with such talented musicians!

We are so proud to have worked for the amazing @cassiuscorrigan on @huracanthefilm which was officially acquired by @hbo @hbomax . #filmscore by #composer @romanmolinodunn and #sounddesign by @jayrothmanmusic . We are eternally grateful to the #artists and #directors who value the power of music and sound and, particularly, those who entrust us with their art.

Mirrortone is a full-service music company specializing in recording, production, and composition. Please see our site for a full list of services and offerings.

Be the first to know and let us send you an email when Mirrortone Studios posts news and promotions. Your email address will not be used for any other purpose, and you can unsubscribe at any time.

Send a message to Mirrortone Studios: 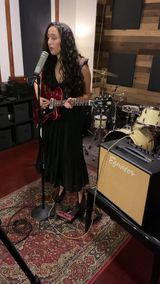 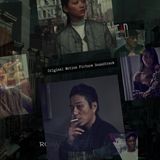 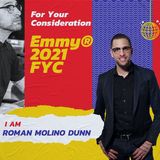 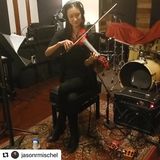 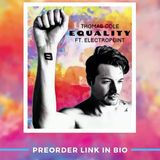 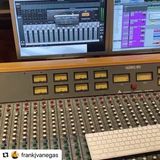 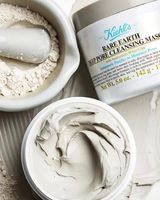 We were #honored to #score this #commercial for @kiehls by way of @springstudios ! #recording these #drums #guitars and #bass was as fun as #composing the #track itself!! 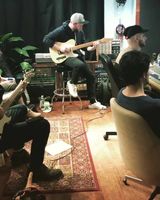