Up to the minute news about Palestine

Israel postpones roll-out of COVID vaccine to Palestinian workers.
Announcement comes less than a week after Israel said it would vaccinate 100,000 workers in the occupied West Bank.
https://www.aljazeera.com/news/2021/3/6/israel-postpones-roll-out-of-covid-vaccine-to-palestinian-workers

Announcement comes less than a week after Israel said it would vaccinate 100,000 workers in the occupied West Bank.

Palestinian sources in Gaza confirms the second installment of the Qatari money ($25) will be delivered on Friday.
Qatari Ambassodor Mohammad Al-Amadi has arrive in Gaza on Thursday to supervise the allocation of the money.
Here’s how much money is going to be delivered & the breakup of it:
The second installment of the grant is $25 million. $5 million to support salaries, $5 million to unemployment, and $5 million to relief & humanitarian aid. $10 million for electricity fuel.

Palestinian poet chosen as symbol of Arab culture in 2018

Are we on the verge of a war between Israel and Hezbollah?

Israeli Prime Minister Benjamin Netanyahu met with US Secretary of State Mike Pompeo in Brussels on Monday evening. Both discussed a number of regional issues but mainly focusing on Iran and Lebanese Hezbollah group. The prime minister was accompanied by the head of the Mossad (Israeli secret service), & the president of the National Security Council.

The meeting was scheduled to take place on Wednesday, but because of the funeral of former US President George H.W. Bush it was rescheduled for Monday.

Israel has accused Hezbollah of building factories to improve missiles and make them more accurate in Lebanon. An accusation vehemently denied by the Lebanese group.

These accusations also comes as Israel charges Iran of sending new military shipments to the party through Beirut’s airport.

What Netanyahu wants is to convince the U.S. administration of the seriousness of the situation and perhaps also look forward to support from the White House if it launches a preemptive military strike against Hezbollah militias positions in Lebanon.

Israel will not take such a step without the green light from Washington.

But the most important issue is whether the Israeli public is ready to open the northern front now.

Prime Minister Netanyahu is now facing four corruption investigations all of which may have a negative impact on his political future.
Netanyahu probably is at his weakest point of his political career as he faces corruption allegations. If he goes to war, many will accuse him of keeping the indictments under wraps.

The Hamas movement Military Court of the Military Justice Court of the Ministry of Interior and National Security in Gaza issued on Monday, various sentences against 13 collaborators with Israel, sentencing six of them to death.
This comes on the heels of the botched Israeli Intellegance operation inside the Palestinian coastal enclave.
Here’s some of what the Hamas interior ministry spokesman said:

*The security services have achieved important achievements and successes, which resulted in closing in on the occupation agents, and the dismantling of a number of cells.

The holy city of Bethlehem, Palestine celebrated the lighting of the Christmas tree in Manger Square across from the Church of the Nativity on Saturday evening, marking the start of the Christmas celebrations.

Christmas tree lighting in Beitlahem, Palestine on Saturday evening. Thousands of Palestinians attended the ceremony including the Prime Minister.

After three months delay, Saudi Arabia announces the transfer of $60 million of its contributions to the Palestinian Authority budget. (Saudi Arabia contributes $20 a month)

The Palestine Liberation Organization (PLO) used to rule over Africa, South America, Asia & what used to be the Eastern Europe bloc. President Yaser Arafat knew very well that relationships with countries like India, China, Chad, Brazil & many more are essential to the Palestinian cause. But since President Mahmoud Abbas took office in 2005, he shifted the PLO strategy & focused more on western countries including the US, and to some extent on Russia & China. That strategy apparently have failed. And now we see its results. Israel has been on a tear. Its relations with Eastern European countries are flourishing, and its signing major military contracts with India, a country that used to be a historic supporter of the Palestinians. More African & Arab states are eager to forge diplomatic ties with Israel. Not a day that goes by, that we don’t hear about warming ties between Saudi Arabia & Israel. Just few weeks ago Israel Prime Minister Benjamin Netanyahu visited the Gulf country of Oman. And there’s talk of a visit to Bahrain, another Gulf state, in what could be a prelude to more & more visits to Gulf, Arab & Muslim nations.
This is no doubt a failure to President Abbas’s foreign policy. A failure to Palestinian Foreign Minister Riyadh al-Maliki’s foreign policy. It’s never too late for anything, but the PLO has entered the danger zone and if it doesn’t correct its foreign policy immediately, it risks isolating itself & de-legitimizing its cause.

Chadian President Idriss Deby is in Israel on Sunday for a first-ever visit to the country, decades after diplomatic relations were severed between the two nations. He will meet Israeli Prime Minister this evening. Deby is the President of a majority Muslim country in Africa, the Palestinians once had an almost absolute support from African nations. What happened? How will the PA respond? 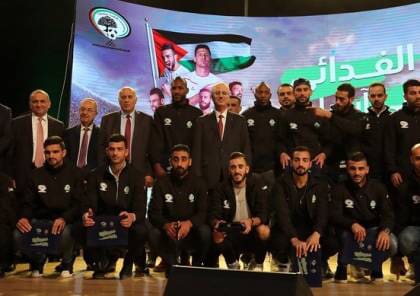 Palestinian Prime Prime Minister Dr. Ramy Al-Hamadallah: "I renew my call to Hamas to respond to President Abbas' initiative to return to legitimacy, end the division and achieve national unity, and enable the government in the Gaza Strip to carry out its duties as it is in the West Bank. I hope that all the efforts of the participants in Cairo will succeed. Ready to implement all that is agreed on, and preparing for the presidential and legislative elections."

Israel extends the arrest of Jerusalem governor Adnan Ghaith until Thursday. This is Mr. Ghaith's forth arrest.
https://goo.gl/MKCgxn

Israelis vandalized at least 25 cars in two Palestinian villages in the occupiedWest Bank near Nablus.

Where did the Palestinian Authority go wrong? Historically, the Palestine Liberation Organization PLO has had the upper hand in Africa, Asia and South America. What happened?

BREAKING President of the African nation Chad is due to arrive in Israel in a matter of hours, after 46 years since diplomatic relations were cut.

In an overnight raids,Israeli forces arrest 9 Palestinians from different areas in the occupied West Bank.

Reconciliation talks continue in Cairo, Egypt.
A Fatah delegation will be in Cairo, Egypt for reconciliation talks on Sunday.
The group includes high ranking officials among them, a member of the executive and central committees of the Fatah movement Azzam al-Ahmad, Hussein al-Sheikh Minister of Civil Affairs member of the Central Committee of the Fatah movement and Majid Faraj Director of General Intelligence.

At dawn Sunday, Israeli police re-arrest Jerusalem governor Adnan Ghaith from his home in the town of Silwan in Jerusalem.

Hamas on high alret to thwart any "conspiracy" that could strike the ceasefire. https://goo.gl/SFHX2B

Gaza brings down the Minister of War, "Lieberman" https://goo.gl/1w7RcW

Hamas denounces America's decision to include Aarouri on the list of "terrorism"
Five million dollar Reward for Saleh Aruri.
The United States will offer $5 million for information leading Aruri's arrest.
The State Department declared Hamas deputy leader Saleh al-Aruri, a wanted man. Aruri is seen as the key liaison between the Palestinian Islamist movement and Iran. The United States linked Aruri in particular to the 2014 murder of three Israeli teenagers in the West Bank including one, Naftali Fraenkel, who was a dual US-Israeli citizen.
Salih al-Aruri is considered one of the senior leaders of Hamas and one of the founders of its armed wing, the Izz al-Din al-Qassam Brigades.
Aruri lives in Lebanon.
Aruri, 51, was born in the town of Aaroura near the West Bank city of Ramallah in 1966. https://goo.gl/thpsYv

An Egyptian delegation will visit Israel & Gaza on Thursday for meetings with officials on both sides to help cement the ceasefire.

Palestinian news site Wattan headline: Lieberman left and Haniyeh remained. Palestinians believe the latest round of violence is the reason behind the resignation. https://goo.gl/Cpibn8

Hamas celebrates Lieberman resignation as 'political victory'
Israel defence minister quit over a truce, which has been called into question by the death of a fisherman on Wednesday. https://goo.gl/J41Foh

Israel defence minister quit over a truce, which has been called into question by the death of a fisherman on Wednesday.

Be the first to know and let us send you an email when The Times of Palestine posts news and promotions. Your email address will not be used for any other purpose, and you can unsubscribe at any time.

Send a message to The Times of Palestine: 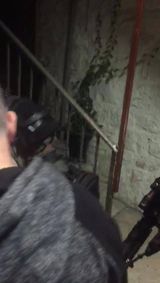