A group for alumni, family, and friends of Columbia's independent daily. The folks who have spent endless nights in the offices above 112th Street and Broadway, editing, cropping and enlarging; debating whether the food really is better at Uris; fending off the kids from the Internationalist Socialist Organization; and spending inordinate amounts of time covering riots, demonstrations, boycotts and protests.
(3)

In lieu of our annual awards dinner, we wanted to extend the invite for you all to please join us on May 27 for a virtual zoom gathering to reconnect with alumni and friends of the Columbia Daily Spectator! Tune in to hear our current leadership speak on the state of Spectator and how we’ve managed to continue our operations during these times.

Thanks to everyone who attended or donated to CDSAAD this year. We had a great time! See highlights of the event below.

As the 136th Director of Finance, Daniela remembers how she "was in the room when they announced that the Columbia Daily Spectator was going completely online. It was a historical moment not only for us, but for campus media in general and especially within the Ivy League."

Provost John Coatsworth announced a plan for the University to provide sanctuary and financial support for undocumented students.

Happy Thanksgiving from the Columbia Daily Spectator!
Stay connected with the Spec family by updating your information here: http://www.specpublishing.com/update-information/

ICYMI: President Debora Spar has decided to end her 10-year contract early to take over as President & CEO of Lincoln Center.

Barnard President Debora Spar will resign from the college on March 5 to become the president and CEO of Lincoln Center.In an email sent to the Barnard community on Wednesday morning, Spar—who was inaugurated as president in 2008—said she had originally intended to fulfill the extent of her contract...

University President Lee Bollinger delivered a strongly-worded speech condemning President-elect Donald Trump at the Hamilton Award Dinner on Thursday night.In his remarks, which also celebrated the Core Curriculum and the three faculty members that the dinner honored, Bollinger said that the threat...

Celebrate Homecoming with the Columbia Daily Spectator over brunch at our offices at 11:30 a.m. on Saturday, October 22.

Join us at the Spectator office before Columbia's Homecoming game. Food and refreshments will be served.

Look back at the moments that defined the 2015-16 academic year.

Two of our speakers at our upcoming conference, In the Public Eye: A Conversation with former White House Counsel Bernie Nussbaum, are former Speccies and Editors in Chief.

Listen to their stories on 4/3, Sunday, as they draw on experiences as diverse as investigating the Watergate scandals or doing Pro Bono work for the mentally disabled.

Get your free tickets here: www.specpublishing.com/public-eye

The Columbia Daily Spectator Annual Awards Dinner is this Friday! Have you purchased your tickets?

Join us on Friday, February 5th in Tribeca with special guest Martin Baron, Executive Editor of The Washington Post, in conversation with Margaret Sullivan, Public Editor of the New York Times. 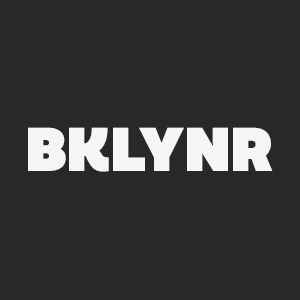 Check out the 39th issue of BKLYNR, a great journalistic source for all things Brooklyn. This week, BKLYNR examines the strained relations between residents and the NYPD in East New York.

‘Carry That Weight’ National Day of Action at Columbia and beyond

On Wednesday, October 29, Columbia students and faculty members gathered on the Low Steps to protest the University's sexual assault policies.

Billed as a National Day of Action to “Help Carry the Weight,” the event was inspired by the senior art thesis of Emma Sulkowicz, CC ’15.

Check out some of the great articles we've published this semester using awesome technology from The Washington Post: http://spc.me/1sNOlUn

We are excited to announce that Spectator has entered into an important partnership with the Washington Post.

The first-ever Columbia Voting Week kicked off on Sunday with a number of events aimed at getting students registered to vote and excited to participate in the upcoming midterm elections.

You're invited! Join the 138th Managing Board for an Alumni Homecoming Brunch in the Spec office on October 25 at 11 AM before the game. For more details or to RSVP, check out our event page: spc.me/1w4i10m

Check out the 35th issue of BKLYNR, a great journalistic source for all things Brooklyn. Shoutout to Spec alum Thomas Rhiel and Raphael Pope-Sussman for another great issue: http://bklynr.com/

Check out this week in history in 1998, when Columbia and Barnard students spoke out on the Clinton controversy: spc.me/1BNwHTh

Green is the new Columbia blue, at least on Mondays. spc.me/1rUiWRt

Green Monday, which starts this week, encourages people to make green choices at least one day a week with the ultimate goal of reducing negative impacts on the environment and the carbon footprint over time.

Congratulations to Sara Just, CC'88, Spec Board of Trustees member and most recently, appointed Executive Producer of PBS NewsHour! spc.me/1kYprzx

Sara Just, CC’88 and a Spectator Board of Trustees member, was recently named Executive Producer of PBS NewsHour and Senior Vice President of NewsHour Productions. According to Sharon Percy Rockefeller, president and chief executive of PBS’s acquirer WETA, Just’s appointment was “the most important…

Our year in review!

This year brought a unique set of triumphs and challenges to Columbia. We saw exciting moments such as quality student performances and Ivy championships, tragic losses like Havana Central and Columbia Cottage, and scandals ranging from Title IX complaints to Greek life controversies to contested ca…

To all alumni and friends of the Columbia Spectator: we would like to warmly invite you to celebrate the last day of daily print production this Sunday, April 4, at 6:30 in the Spectator office, located at 2875 Broadway between West 111th and 112th streets. We hope to see you there!

Check out the letter from the editors on Spectator's new direction: http://www.columbiaspectator.com/opinion/2014/04/27/letter-editors-spectators-new-direction

By Abby Abrams,Steven Lau, and Michael OuimetteApril 27, 2014, 7:25pmAt Spectator, we often talk about ways we can improve our coverage and increase our outreach, but rarely do these conversations translate into meaningful action.We’re trying something new this year. Starting in the fall semester, t…

Check out our newest [email protected] website, with a schedule builder, course directory, culpa reviews and more all in one place for easy registration! http://www.coursesatcu.com/

Linda Yin for Spectator NEW LOOK | Barnard's class of 2014 Senior Fund Committee announced on Tuesday that part of the senior gift will go towards restoring the Greek Games statue of Athena. By Emma GossSpectator Senior Staff WriterApril 9, 2014, 1:34amMembers of Barnard’s class of 2014 can now boas...

Check out this week in history in 1979, when University cafeteria and clerical workers voted 183-100 to halt a 15-day walkout and return to work: http://bit.ly/1jWZNbf

The University Senate passed resolutions to amend the Presidential Advisory Committee on Sexual Assault and institutionalize the quality of life survey at its plenary on Friday.

Martinez to step down as interim dean of student affairs to take position at Johns Hopkins |...

Martinez to step down as interim dean of student affairs to take position at Johns Hopkins:

Paulina Pinsky on how BC Health Services' testing policies and attitude are scaring away the students it should be helping:

Illustration by Darializa Avila-ChevalierBy Paulina PinskyMarch 30, 2014, 9:03pm“So it says on your record that you have a history with an eating disorder.”“Yes,” I sputtered. I know it’s true, but no matter how many times the nurse practitioners read it to me at Barnard Student Health Services, it…

Check out this week in history in 1974, when Katharine Auchincloss became the second woman to be elected to Columbia's Board of Trustees: http://bit.ly/1mGJkdP

Be the first to know and let us send you an email when Alumni and Friends of the Columbia Daily Spectator posts news and promotions. Your email address will not be used for any other purpose, and you can unsubscribe at any time.

Send a message to Alumni and Friends of the Columbia Daily Spectator:

COLLEGE PARENTS, ALUMNI, STUDENTS, PLEASE NOTE: THE MUSLIM STUDENT ASSOCIATION (MSA) IS A TERRORIST FRONT MASQUERADING AS A RELIGIOUS INTEREST GROUP THAT IS PRESENT ON MANY US UNIVERSITY AND COLLEGE CAMPUSES. With some 600 chapters and 150 affiliated chapters in the US and Canada the Investigative Project states that “…under this moderate veneer (as a “benevolent faith club”) the MSA “advances a (quite different agenda) to impressionable college students,” including the “…dissemination and promotion of “…militant Islamic ideologies…” The Muslim Students Association of the United States and Canada was formed in 1963 by members of the Muslim Brotherhood (MB) meeting at the University of Illinois Urbana- Champaign campus for the expressed purpose of “…spreading Islam as students in North America…” The creed of the Muslim Brotherhood, which is also the parent organization of Al Qaeda and other terrorist organizations, reads: “God is our objective, the Quran is our Constitution, the prophet is our leader, jihad is our way, and death for the sake of God is our highest aspiration.” The MB’s global ambitions are clearly spelled out by its statement that “It is the nature of Islam to dominate and not to be dominated, to impose its law on all nations and to extend its power to the entire planet.” Following an investigation of the extent to which Boston Marathon bomber Dzhokhar Tsarnaev was involved with and/or influenced by the Muslim Student Association (MSA) at Dartmouth College triggered by apparent attempts by the MSA to “get out in front of the issue” and defuse it, Front Page magazine discovered the following. “Many MSA members have gone on to careers in terrorism. The list of MSA presidents who went on to become Al Qaeda members alone is shocking.Not only were co-founders of the MSA like Jamal Barzini, Hisham al-Talib and Ahmed Totanji involved in supporting terrorism, but the highest profile American Al Qaeda leader and the godfather of the modern “Lone Wolf” terrorist, Anwar Al-Awlaki, had been an MSA president. (My note: Al-Awaki had also been the “spiritual advisor” to five of the 9/11 hijackers, the Fort Hood terrorist, the London Subway bombers, and through his tapes and lectures the San Bernadino terrorists despite the fact that he was killed by a drone strike in Yemen in 2011. As an aside just prior to fleeing the US in 2002 to avoid answering questions about 9/11, Awlaki, verbally “condemned” the attacks, demonstrating that even terrorists will “condemn” a terrorist attack when necessary and then go right back to inspiring, financing and planning terrorist attacks.) Al-Awlaki wasn’t even the highest ranking Al Qaeda leader to have been an MSA president.That honor went to Wa’el Hamza Julaidan, a co-founder of Al Qaeda and MSA president at the University of Arizona. The highest profile MSA president to have gone down was MSA national President Abdurahman Alamoudi, currently serving out a 23-year prison sentence.” “Both the national and the local Muslim Students Association groups had long histories of being involved in terrorism, of raising money for terrorists and of promoting terrorism…” PARENTS AND STUDENTS FIND OUT IF THERE IS AN MSA ON THE CAMPUS YOU PLAN TO ATTEND. IF ONE IS PRESENT, DO NOT ATTEND AND INFORM THE COLLEGE WHY. ALUMNI, PLEASE FIND OUT IF YOUR SCHOOL HAS AN MSA AND IF SO STOP ANY CONTRIBUTIONS TO THE SCHOOL WHILE THIS IS THE CASE.