From stories on sports and politics to education and the arts, we provide a voice for upper Manhattan communities that other news outlets miss. Stories appearing on the website are reported and produced by graduate students at the Columbia University School of Journalism.

It's now easier to send The Uptowner a message.

It's now easier to send The Uptowner a message.

Hate crimes are surging in upper Manhattan, outpacing an increase across New York City after a dip in 2020 with its pandemic-related lockdown. Anti-Asian incidents have surpassed offenses targeting Blacks in uptown precincts this year, police data show. Despite a record number of reports, experts and organizations say underreporting continues. Annelise Gilbert reports: http://theuptowner.org/hate-crimes-set-record-pace-uptown-as-bias-attacks-rebound-across-city/

GrowNYC operated 76 compost sites in the city pre-COVID, all of which closed during the pandemic for six months. Since then, 29 sites have resumed operations. Residents of Inwood take their compost to Greenmarket on Seaman Avenue, the only drop-off north of West 150th Street.
Dayana Mustak reports: http://theuptowner.org/inwood-composts-to-fight-climate-change-and-keep-rats-away/

Billy Mitchell's roles at the Apollo Theater have spanned from tour guide to historian. 'Mr. Apollo' spoke to Sophie Cappello about his more than five decades with the theater:
http://theuptowner.org/mr-apollo-reflects-on-five-decades-backstage/

Over the last decade, the Hispanic population fell by 13.7% in Washington Heights, and 10.7% in Inwood.

Howard Liu reports on the current trends that are changing these uptown neighborhoods: http://theuptowner.org/washington-heights-inwood-see-citys-biggest-declines-in-hispanic-population/

Citi Bike operates a fleet of 20,000 bicycles in New York City. The bikes were first introduced to Manhattan in 2013; however, Washington Heights and Inwood didn't receive docking stations until this past April. Residents in these neighborhoods complain that they consistently find empty docks.
Dayana Mustak reports: http://theuptowner.org/empty-docks-around-the-clock-citi-bike-disappoints-washington-heights/

Throughout the pandemic, many small businesses have fallen through the safety net created by federal and state assistance programs. Dayana Mustak reports:
http://theuptowner.org/government-pandemic-relief-leaves-out-east-harlem-small-businesses/

Resturaunt "Help Wanted" signs are taped on the windows of restaurants across Uptown, which are struggling to fill open positions. The hiring strain plagues the industry on a national level for a number of reasons, including low pay and part-time positions; city vaccination mandates; and confrontations with customers.
Tazbia Fatima, Joslyn Fox and Evelyn Nam report:
http://theuptowner.org/help-wanted-restaurants-uptown-struggle-to-hire/

Kevin Sanchez Farez spoke to neighbors and friends of Maria Hall, who established over 20 gardens in uptown. Read about her legacy and efforts to rename a street in her honor:

NYPD called W 135th St between Broadway and Riverside Dr in Harlem, “the most violent block in Manhattan” after a 48-member drug bust last month. Evelyn Nam spoke to residents and workers, many of whom disagree with the characterization. Read more:

Harlem Hebrew’s students were 45% Black and 41% Hispanic or Latino in 2019-2020. Mason Leib spoke to parents about choosing Harlem Hebrew, despite estimates that most of their students aren’t Jewish
https://theuptowner.org/a-charter-school-in-harlem-educates-mostly-non-jews-in-hebrew/

SNAP recipients will see their benefits jump 21% in the largest increase since the program began in 1975. For a family of four in New York, the maximum allotment will increase from $680 to $835, according to Gov. Kathy Hochul’s office.
Kevin Sanchez Farez reports:
http://theuptowner.org/record-boost-to-snap-benefits-to-ease-food-insecurity-uptown/

Community Board 10 approved of a restoration plan for a 574-unit housing development. The proposal now moves on to the NYC Landmark Preservation Commission. Dayana Mustak and Sophie Cappello report:
http://theuptowner.org/harlem-river-houses-gets-community-board-nod-for-130-million-renovation/

A community fridge in Washington Heights feeds the neighborhood with a “Give what you can - take what you need” mantra. Howard Liu learns more about the efforts:
http://theuptowner.org/a-community-fridge-helps-reduce-hunger-in-washington-heights/

On Saturday, Marchers dressed in purple chanted “Break the silence against domestic violence” and “Love doesn’t hurt” as cars honked and passerbys cheered, “Yes! Talk about it.”

After a COVID-19 outbreak of 22 cases, all among staff, P.S. 79 Horan School in East Harlem, a middle and high school serving students with disabilities, returned to in-person classes yesterday. The school, which temporarily reverted to remote learning from Sept. 18 until yesterday, is so far the only school in the city that has had to temporarily shut its doors. Sarah Qadir reports:

Be the first to know and let us send you an email when The Uptowner posts news and promotions. Your email address will not be used for any other purpose, and you can unsubscribe at any time. 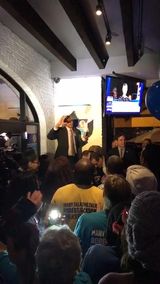 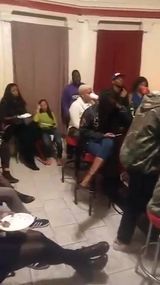 An inside look at Kappa Kastle where uptowners are checking out the #secondpresidentialdebate . What's YOUR favorite quote of the debate so far? 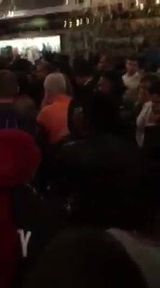 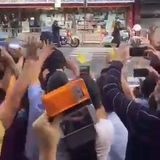 HRCS is proud to work with so many wonderful veterans in our Adaptive Sailing program. Thanks to The Uptowner for coming out and sharing some of their stories! And thanks to everyone who helped make the pilot season of HRCS's Adaptive Sailing program a success. We're excited to keep building on this foundation by getting more New Yorkers of all abilities on the water!
West Harlem native and longtime community organizer Bailey was featured in the The Uptowner's look at the changes in the neighborhood resulting from Columbia University in the City of New York’s expansion. http://theuptowner.org/starting-to-feel-like-the-upper-west-side-columbia-transforms-an-already-gentrifying-manhattanville
Another great spot for coffee in Saint John, The Uptowner is in a boutique hostel. It has locally roasted coffee, craft beer on tap and an interesting cocktail menu. It's known for live music and cultural events and is chic enough to almost make me miss my hostel days...almost.
This Monday, #IncubatedByHBK businesses will get facetime with food+grocery buyers at our twice-annual #BuyersShowcase at the The Africa Center! Read more about our entrepreneurs and access to market opportunities The Uptowner http://theuptowner.org/harlem-food-entrepreneurs-hope-for-a-deal/
We are proud to share this feature article in the The Uptowner recognizing Inwood Art Works Founder & Executive Producer, Aaron Simms' vision to cultivate film in Northern Manhattan. https://theuptowner.org/one-man-campaigns-to-cultivate-film-uptown
“How do you talk to kids about #racism?” That’s the question we’re asking in our next installment of #racetalkswithdranica coming up on Saturday, October 5th at 6pm at the Langston Hughes House in Harlem. Visit www.doctoranica.com/blog for more info! #backtoschool #talk #kids #racepositive
"Historic Photos Bring to Life the Young Lords of #ElBarrio" (The Uptowner - 9/21/19) | #HarlemEd #HistoryEd #ArtEd El Museo del Barrio EXCERPT: Though most members [of the Young Lords] had not grown up on the island, the organization “made us something,” providing a political education. “Our stories are always distorted,” [Young Lords photographer Hiram Maristany] said. “They are never told by the people.” He refused to perpetuate negative stereotypes of Puerto Ricans prevalent at the time – images of poverty and degradation – working to provide a hopeful and dynamic counter-narrative. “History is rapidly being eroded” says Maristany. He wants El Barrio’s youth to continue his work of preservation. Jazzy Cintron, 32, a tour-taker who grew up in El Barrio, says the tour gave her a deeper knowledge of the Young Lords and the history of her community. “I would like to be part of it with my own story,” she said. . . . The son of Puerto Rican migrants, Rodriguez wonders, “Why the hell didn’t I hear about the Young Lords sooner?” He argues that their history should become part of school curricula. He says that “Mapping Resistance” is powerful from an educational standpoint, because “you can’t walk through East Harlem without seeing the history of the Young Lords.” CONTINUE READING: http://theuptowner.org/historic-photos-bring-to-life-the-young-lords-of-el-barrio/