Flux is a 4000 SQF cutting edge music studio
with a vintage heart and a modern mind. Studio Owner:

Located in the heart of NYC's East Village, Flux is a new breed of professional music recording studio. Designed to integrate a wide variety of vintage analog gear with modern DAW processing and recording capabilities, Flux offers the best of both worlds: a vintage heart and a modern mind. Each of the five rooms at Flux has its own personality and functionality, providing a creative and flexible b

Located in the heart of NYC's East Village, Flux is a new breed of professional music recording studio. Designed to integrate a wide variety of vintage analog gear with modern DAW processing and recording capabilities, Flux offers the best of both worlds: a vintage heart and a modern mind. Each of the five rooms at Flux has its own personality and functionality, providing a creative and flexible b

Thank you for the good times and letting our space inspire you!

Bananas on top of your monitors won’t make your mix sound better… Great mixers put them there tho so you might as well get on it. 🕺🏻🍌

New horizons. Happy and proud to say we got really cool announcements coming up and we’ve been putting a lot of work into something wonderful. Stick around!

Distressed. What would you want to hear these on?

It doesn’t really get more dangerous than this.

What’s going on in ?

What are your thoughts on Dolby Atmos opening sound to new music listening experiences?

How are those atmos deliverables looking?

Toying around cause why the hell not.

Most engineer’s best friends for over 50 years ❤️

Extremely grateful and humbled by the sound of this beauty. Thanks you

It’s a pick-your-axe type day in

How to shape a sound: Mess around with your Pultecs.

master of the sequence

What’s your go-to place to space out?

Be the first to know and let us send you an email when Flux Studios NYC posts news and promotions. Your email address will not be used for any other purpose, and you can unsubscribe at any time.

simply a 78 doing its thing. how do you like this guy on keys?? @yamahamusicusa 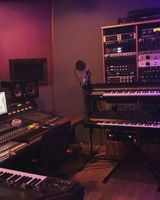 what is a softsynth anyways? 🎹🎛🎚 zero-latency electric workflow in #dangerousroom

The Yamaha CS-80 was introduced in 1977 and marked a milestone in music history. With an 8 voice capacity, this polysynth is packed with a deep, rich and complex timbre never heard before or ever since. Although its controls are quite odd for the modern 2-osc synthesizer, it introduced a new world of control flexibility such as polyphonic aftertouch and ribbon band glissando previously unknown to the modular days. It also introduced patch creation, found in the upper left portion of the machine which is the exact miniature map of the whole thing. Weighing more than 100kg, this monster came down in history as the evolution of analog synthesis. There’s roughly two thousand of these in the world and we’re proud of being able to make it sing in our own #fabulousroom . Our reference pic for this beast: “Blade Runner Soundtrack” by Vangelis . (also a huge portion of David Bowie records) 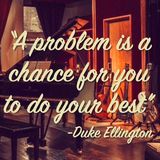 The Flux family stands strong with you for justice, unity and culture. New York, now’s a good time to do our best. • On 1943 Duke Ellington debuted an extended jazz masterpiece entitled “Black, Brown and Beige” at Carnegie Hall. • This heartwarming suite served as Duke’s effort to pay respect and remember the multicolor history of our country, contemporary music and the deep roots that paint the canvas of our culture. • The section in the video is entitled “Come Sunday” 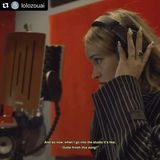 proud to have @lolozouai around for these projects 👌🏽 ・・・ A few months ago @in___sight followed me around New York! Stopping by @kidsuper and @fluxstudiosnyc around the time we were working on Money Diamonds Roses. Really love this piece 🌹 link in story 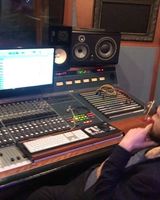 What happens when you have two amazing jazz players lay down a deep soul track? @rotemsivanguitar and @juanarangomusic getting that rhythm section going in #dangerousroom a couple months back 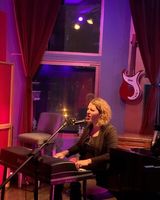 Few can make the Wurli sing like Michelle Willis ( @boutwillismusic ). 🗣 Not only she’s a master wordsmith but in her performance (vocal and instrumental) there is a very meticulous and spontaneous mix of dynamics and expression only a few are able to convey. Her artistry makes its way from stage to audience effortlessly and keeps the latter in constant state of stank. Some sing from the heart, Mix that with great taste and you get Michelle. No wonder why she’s one of the lead singers and co-writers of David Crosby’s ( @thedavidcrosby ) last Album engineered and mixed by our own Fab Dupont ( @fabdupont ) [Footage From a private Concert back on 01/20] #dangerousroom #wurlitzer 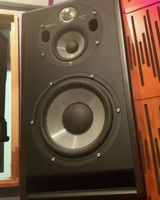 LOUD creative personalities call for even LOUDER sessions. Packed with a huge punch and a very distinct character, Focal Trio11 three way monitors are a vibe. Big sound comes in big packages and these provide a huge impact when it comes to huge decisions such as a final master. Great sound and a great limbo that pivots the sound between the studio and the outside world. Beetween other things, the Focal Trio11s give The Dungeon Room a lot of character. (We definitely do not encourage mixing too loud or cranking up the volume to blow up your earholes.) #dungeonroom @focalofficial 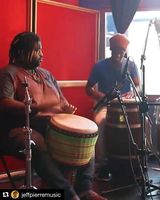 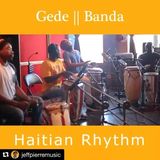 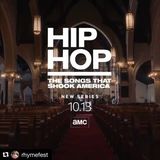 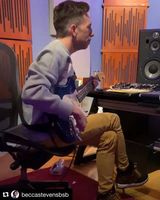 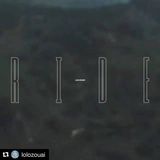 This just out by @lolozouai @steliosphili Doug Gleicher. Mix and additional arrangements by @fabdupont mastered by Joe Laporta. Izzz niiiice. 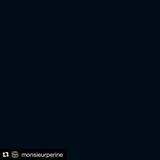 This week with a writing setup. Anyone inspired to make music? #musicwriting #recordingstudio #nyc 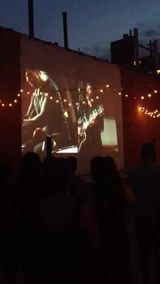 Jay Stolar Thanks for an amazing evening!!! #nyc #rooftop release party!! Check out the new video at Villagevoice.com

Gotta love this city! Time lapse over a year of our front door in alphabet city, New York. Music by HomeCookinSound and Liza Colby.

Everybody ought to know about Doris Cellar! Born and raised in New York, New York, the multi-talented songstress, formerly with the indie-rock band, Freelance Whales, is exploding on the scene with her new music... COMING SOON!!! www.doriscellarmusic.com | www.twitter.com/doriscellar 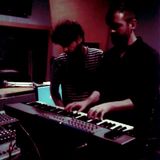 New single from Lolo Zouaï, "Give Me a Kiss".
Mastered by Diego Calviño at 3:3:2 Studio
Produced by Stelios
Mixed by Fab Dupont at Flux Studios NYC
So excited Michelle Willis’ record “Just One Voice” is out in the world! (And pleased as punch to have played a small part.) This record is a masterpiece on every front, and a masterclass on the capabilities of live & studio performance. And here are some BTS clips of some Bex & Meesh tracking moments at Flux Studios and in Michelles home studio. ❤ Go get your copy via the link tree below!

Life is just a series of consequences…

Before I decided to dedicate the last years of my life to highlight the luthiers in the world (Luthiers) , and, in parallel, to learn the Jazz guitar...

🖥 At the moment, I am working hard on the finalization of the website for The Cremona Project...😉
Very important complement to the daily work on Luthiers.com…

🎼To wait a bit, let's listen to some music... 🎼
Because behind the guitars and the Instruments... there are songs…🎼

Before The Cremona Project, I made several projects, including The Dislocated Workers...

Here is the last track I recorded in August 2013 at home in 1 take (Just Guitar🎸 & Voice🎤).
... Then, mixed by Fab Dupont in Flux Studios NYC 🥰
Thanks again for your kindness Fab Fabrice Dupont 😘 (Flux Studios NYC)

For this track I only used a Donmo Rustbucket in stereo made by the luthier Don Morrison (Adélaïde, Australia)

You will be able to read in the future website many stories that took me on the road to the Tom Bills Cremona Archtop.

Michael Valeanu for your precious jazz guitar lessons since October 2021 (Thanks a lot buddy! 😘 You can't even imagine how happy I am! 🤩)

Life is just a series of consequences… 😜

Stream/Buy/Watch: orcd.co/bstst
‘Becca Stevens & The Secret Trio’ the full album is officially out in the world! Happy release day to this project which is so close to my heart. I hope it moves you, and brings you lots and lots of joy and inspiration.

To celebrate, we’ve also released this lovely live performance video from the album. Check out the full video for “Pathways” on the GroundUP Music Youtube channel. (You can find it in the link tree, or below.)

This is a live performance of the album arrangement of “Pathways” from the album 'Becca Stevens & The Secret Trio' (GroundUP Music).

Becca Stevens - “This is a setting of a Rainer Maria Rilke poem that I wrote years ago as a gift for two friends on their wedding day. It was performed as a prayer during the ceremony and never recorded or performed again after that. During the writing phase for this record, I found it on my hard drive and included it in my song scraps folder on a whim. Michael League and the members of The Secret Trio thought it would be a really nice fit for our ensemble. In this recording the original wedding inspiration stays true, only now it symbolizes a marriage of musical styles.”

If you’re in the NYC area, join Becca Stevens & The Secret Trio tonight at DROM for their album release event and live debut of their new album!

Grab tickets at the link below - doors are at 7pm. You’ll also be able to snag a hard copy of their record ahead of the worldwide release later this week… See you tonight!
Gitcher tickets heeere!
To all my NY friends who have been missing live music & asking when I’ll play again: I highly recommend joining the Secret Trio & I this coming Monday at DROM NYC. This will be the album release & live debut of our new album “Becca Stevens & The Secret Trio”. We’ll be playing brand new original music written by me, Michael League, and members of The Secret Trio (Ara Dinkjian Official, Ismail Lumanovski and Tamer Pinarbasi). This performance will also feature backing vocals by Michael Mayo and Julia Easterlin. 💜

Reserve your tickets at the link below now to come celebrate with us at Drom on Monday the 13th, doors at 7pm. You’ll be able to get a hard copy of the new record there a week ahead of the GroundUP Music release 😉

Here’s a teaser of a live studio video of our 3rd single “Pathways” to whet your appetite. This video was recorded at Flux Studios NYC by Daniel Sanint, filmed by Kevin Pastor and edited by Chris McQueen. The rest of the video is coming soon…
x