Dungeon Beach is a creative partnership and a unique environment in Williamsburg Brooklyn. We have created an acoustically ideal audio production studio and placed it adjacent to a state of the art post production theater.

The result is an exceptional instrument for perfecting work that resonates. Together we are: Ian Bloom, Tim Korn, Keller McDivitt, Stephen Robbins and Jennifer Ruffalo.

Join us this Wednesday (4/6 @ 3 PM EST) as dB Supervising Colorist Jeff Sousa demonstrates how to color grade while wearing a VR headset—both in-person and remote. Co-presenting with Light Sail VR, we will also cover CG compositing and ACES in an immersive pipeline. Looking forward to sharing our cutting-edge workflow with LAPPG and SGO - Mistika Technology!

Happy St.Paddy’s Day🍀! Here’s a fun animation we sound designed and voice acted for @firestonewalker and their #MindHaze beer. Animation by @mattcarrjr and the @heybeautifuljerk team. Sound Design by @juiceisgoood Voices by @sirbeardo

Repost from @heybeautifuljerk
•
Do you like ancient aliens, lost civilizations, dinosaurs, lizard overlords, killer prog rock AND tasty IPAs? 🍺👽👅🦖Well then buddy check out this spot we created for @firestonewalker and their #MindHaze beers. We were lucky enough to have one of our favorite bands @zombi_band let us license their track “Cetus” for the campaign as well. Thanks to @academyfightsongs @wookiehere (animation) @dungeonbeach (sound design and mix) 🤘🛸🍻#animation #collageart #ufos #aliens #ancientalienstheory #heybeautifuljerk

We graded and mixed the first ever Foo Fighters concert in the metaverse. Join Jeff, Tim, and Karl tonight after the Superbowl in Horizon Venues (11p EST). If you don't have a Quest, watch the 2D stream! RSVP in bio links. THANK YOU @superspherevr, @lightsailvr, and @meta for bringing us this once-in-a-lifetime project. Killer edit by @karathehuntress and XR effects by @hiddenroadstudios.

We mixed and graded Black Market Season 2, premiering tonight at 10p. Thank you to Picture Farm and VICE TV for bringing us on to finish the final documentary project of #MichaelKWilliams.

Grab your sweatpants and a Quest headset—Escape and Shape is live! This awesome collab with @lightsailvr saw us comping live action footage of athletic trainers onto exotic CG backgrounds cooked up in #blender, adding atmospherics like fog and heatwaves in #blackmagicfusion, then grading in headset using #sgomistika—in Rec. 2020. Coolest pipeline. Ever.

Grab your sweatpants and a Quest headset—Escape and Shape is live! This awesome collab with @lightsailvr saw us comping live action footage of athletic trainers onto exotic CG backgrounds cooked up in #blender, adding atmospherics like fog and heatwaves in #blackmagicfusion, then grading in headset using #sgomistika—in Rec. 2020. Coolest pipeline. Ever.

It's time! All 10 episodes are available for Anthem: Homunculus. John Cameron-Mitchell and Bryan Weller's new podcast available at Luminary. Listen as an all-star cast takes you on a mind-altering journey through the life of Ceann (Mitchell). We had the pleasure of mixing 5 episodes.

Excited to be at SXSW with The Garden Left Behind! Come see us at the after party 3/9 at Cheer Up Charlies at 11pm!
xo
Jeff, Jen, Tim and George

RSVP for SXSW After Party of "The Garden Left Behind"

Dungeon Beach is excited to be at SXSW this year supporting The Garden Left Behind. If you find yourself in town come to our after party at Cheer Up Charlies 11:00 pm.

Come and join us in celebrating the world premiere of "The Garden Left Behind" with cast, crew, partners and supporters. With live performance, drinks and some surprises to be provided at the party... Please note: You will not be able to enter the party without an RSVP due to limited space availabil...

New website up and ready for your eyes and ears. Behind the Shot: Episode 4

Audio and Color by the dB team.

When photographer Katie Orlinsky went to Rosemary Farm Sanctuary on assignment for National Geographic, she captured a unique and heartwarming story of resilience for rescued equine animals getting their second chance at life and the people working to care for them every day.

Just in time for Passover.

"Each year, the Hermelin family of Detroit come together to celebrate Passover (pesach)—honoring the liberation of the Jews from slavery in ancient Egypt—by eating Gefilte fish, the meal that stars in New York-born director Rachel Fleit’s new film."

Follow Chara and his workout routine. Sound, color, and online edit by dB.

SAP helps our partners run at their best, and the NHL is at its best when its players are at theirs. Watch Greg Fitzsimmons go in the gym and on the ice with...

Journeying With Bats Across Mexico

Being taken around with National Geographic. Sound by the dB team!

National Geographic, Rolex, and Nat Geo Correspondent Alexandra Roca, travel across Mexico to explore how one of the country’s most misunderstood wildlife creatures is spearheading sustainability and transforming tequila production.Rolex and National Geographic have formed an enhanced new partners...

Next week at SXSW "This One's For The Ladies" will premiere.

"This One's For The Ladies explores the sexual and social identity of contemporary black America through intimate, eye opening and often hilarious accounts from women and men who find love and community in the underground world of male exotic dancing."

Congratulations to Karl Jacob for his Best Narrative Film award!

Enjoy this cup of weird.

Executive Produced by STREETSTAR and Ethan Spencer In September of 2017 David Ebert tweeted out the script of the worst sketch from his rejected SNL packet. ...

The dB team is beyond proud for Mia Lidofsky and the team at BeachSide for having us help bring this series to life. After 2 years from pilot to Facebook we are still laughing.

Everything Beautiful is Far Away | 2017 LA Film Festival Teaser

Without a doubt one of our favorite films to work on. Everything Beautiful is Far Away premiers tonight at the LA Film Festival and we are very proud to have been involved. Score by Neon Indian Directed by Pete Ohs.

EVERYTHING BEAUTIFUL IS FAR AWAY will World Premiere in the U.S. Fiction Competition section at the upcoming 2017 LA FILM FESTIVAL (June 14 – June 22). Set a...

This is "Hilda ~ (Teaser)" by Kiira on Vimeo, the home for high quality videos and the people who love them.

Last night was the launch party for Space With Sarah. We enjoy all things space and if you do you might enjoy this too. Thank you to everyone who came out. Truly excited for the premier of After Louie at BFI. Amazing crew, fantastic film.

Yoooooo! Proud to have colored and sound mixed the film Ma - now a Vimeo Staff Pick

How To Get Started with Softube Modular

Softtube tutorial videos featuring dB and some of our collaborators!

For more info about the Softube Volume 1 Bundle visit http://softu.be/2epQowH Learn how to mix the song from start to finish and then download the session he...

On Sunday Oct 2, 2016 over 200 pantsuit wearing Hillary supporters gathered together to perform a dance founded in unity, love, and inclusivity. We had the chance to once again work with Celia and Mia in helping make this amazing piece with a message. #pantsuitpower
https://www.youtube.com/watch?v=VhhIczToRb0&feature=youtu.be

On Sunday Oct 2, 2016 over 200 pantsuit wearing Hillary supporters gathered together to perform a dance founded in unity, love, and inclusivity.

A woman tells David he has 5 weeks to live. Staring Nathan Fielder and Jenny Slate. We highly recommend you take this quirky journey.

We're very excited to announce that we wrapped our audio mix for After the Date with Tim Korn at Dungeon Beach. It sounds great!

VICE on HBO: Future of Energy

VICE on HBO just got 3 Emmy nominations! Feeling lucky to be part of the team.

Watch As We Investigate Criminal Enterprises from the Inside on 'Black Market: Dispatches' | VICE | United States

Premiers TONIGHT! Black Market expands its reach into the world... dB continues to be part of the team.

In our new VICELAND show, we'll meet drug traffickers, sugar babies, and counterfeiters to explore the motivations behind the world's underground economies.

collective: unconscious | Short of the Week

LET ME MAKE YOU A MARTYR - OFFICIAL TEASER (2)

dB had it's hands in helping finish and mix this amazingly dark film starting Marilyn Manson.

Tonight is the premier for Black Market! The entire dB team was involved with color correction, sound design and mixing. One of our favorite shows we have ever worked on by far. Follow Michael K Williams into the dangerous world of illicit trade.

Check out the first episode from Michael K. Williams's new VICELAND show about the desperation driving the world's underground economies before it airs July 5.

Be the first to know and let us send you an email when Dungeon Beach posts news and promotions. Your email address will not be used for any other purpose, and you can unsubscribe at any time.

Send a message to Dungeon Beach: 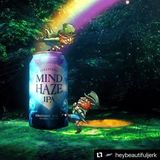