Quality audio production in the heart of New York City. True to its name, Firecat offers up a small yet powerful approach to audio, bringing a wide variety of client-centered services to our Soho Recording studio in the heart of NYC and beyond.

We have a full range of offerings to serve the broad creative needs of our clients, who range from ad agencies to a ca****la groups, rappers to rock bands, vocalists to voice actors.

Our focus is our flexibility, and we’ll bui

We have a full range of offerings to serve the broad creative needs of our clients, who range from ad agencies to a ca****la groups, rappers to rock bands, vocalists to voice actors.

Our focus is our flexibility, and we’ll bui

Great way to kick off spring #acappella season with with Robby Schwartz and BU Aural Fixation!

These guys are awesome and so is their album artwork. Their audio engineer isn’t too terrible either.

Very excited to announce that our Third Album "Benz III: The EP" is now available on Spotify and Apple Music! We are so happy that we get to share this with you and hope you enjoy it as much as us! 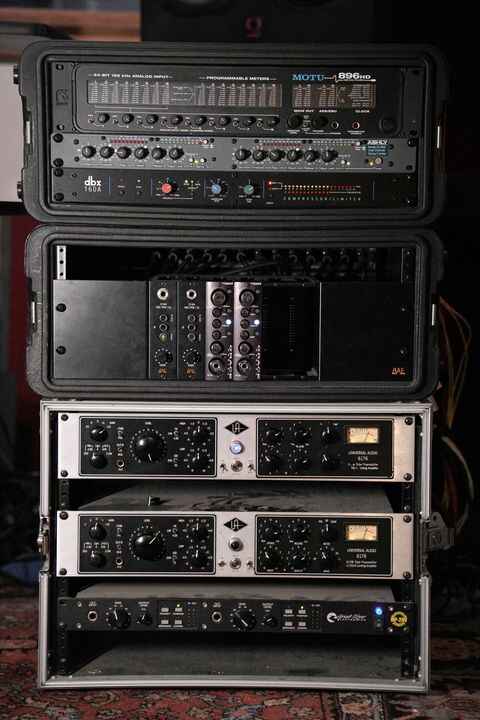 Some Photos from the Soho studio: www.sohorecording.com

"Pardon our appearance as we remodel."

Some changes are afoot.

Congrats to the Zero Hours podcast team on release day! This was a an amazing project to be involved with, and I urge you all to check it out.

Frank O in the studio!

Back in the studio with Pizmon this week!

One Piece A cappella - To The Grand Line! - 5 years of OP One Million Fans!

One of the newest A cappella projects brought to you by JBS. A little Japanese anime music for you :D

This video was made to celebrate 5 years of One Piece One Million Fans on Facebook! Thanks to all admins and members! Produced by Tony Waldman. A Capella arr...

Any engineers / musicians out there interested in subletting a well-stocked recording studio in Brooklyn? It's our new location! Evening and weekend hours and otherwise flexible. Message us for details.

For the next 25 minutes, hear all the Colgate a cappella groups JBS records with!

WRCU is Colgate University's student-operated radio station. We broadcast through central New York on 90.1 FM, and have a wide variety of music from indie to hip-hop, jazz and world music, and so much more.

Thank you, Digital Performer, for your new auto-save feature!!!

Just in from the manufacturer. 3 years in the making. Congrats, Parcero Bermudez!

Just wrapped up work on some Balinese Gamelan tracks for the new Edensong album! Now onto some old tape transfers and voice over work for the rest of the day...

Up and coming DJ Garrett Wilkes launches his website: www.garrettwilkes.com

Where the magic happens

Our SOHO studio, available by appointment, is conveniently located in Lower Manhattan, and easily accessible by public transporation (1, 2, A, C, E, 4, 6 Subway Lines). If you’re driving, there’s a parking garage a couple of blocks south. The neighborhood boasts a ton of excellent restaurants in all styles and price points, and we’re just a few blocks south of Washington Square Park and NYU.

Be the first to know and let us send you an email when Firecat Audio posts news and promotions. Your email address will not be used for any other purpose, and you can unsubscribe at any time.

Send a message to Firecat Audio:

Frank O in the studio!

James has decades of experience on both sides of the glass and has been recognized widely for both his audio production skills and his musicianship and composition, drawing both critical praise and the admiration of his musical mentors, such as Ian Anderson of Jethro Tull. He formed FireCat (formerly JBS Recording) in 2007, where he has developed a long and varied portfolio, recording voice with Kris Kristofferson, working on shows with the BBC, American Public Media and TLC, corporate projects with Pepsi, fictional podcasts and a slew of musical projects with pioneering NYC musicians in genres ranging from classical, to progressive rock, to acoustic folk to heavy metal, to Latin Jazz and hip hop. He’s also recorded nearly one hundred a ca****la albums with collegiate groups throughout the northeast. When he’s not recording, mixing, mastering and producing work for others, he’s working on his own albums and touring domestically/internationally with his band Edensong.

James graduated with degrees in music and computer science from Wesleyan University, where his thesis was awarded honors by musical luminaries Anthony Braxton and Neely Bruce among others. This thesis went on to become “The Fruit Fallen,” the debut album from Edensong and paved the way for a performance career with the band. Also while at Wesleyan, he was a member of co-ed a ca****la group Quasimodal, which sparked his interest in the style and career of recording it!

Upon moving to Westchester County after graduation, James established JBS Recording out of his home in White Plains, where he honed his audio skills and worked with a wide range of talent for almost a decade before moving to NYC to expand his business.

In 2014, James relocated to NYC, first in DUMBO (Brooklyn), and now it’s current location in SOHO (Lower Manhattan). While the studio facility is a massive upgrade, James retains his client-focused drive, flexibility, innovative energy and approachable demeanor that he developed almost 15 years ago working out of his attic. Contact James about your next audio project. For more information or samples, check out Firecat Audio or email [email protected].