Connect with us: www.twitter.com/RadiusTWC | www.youtube.com/radiustwc | www.radiustwc.com RADiUS-TWC is a new distribution label within The Weinstein Company, dedicated to making the highest quality films and other specialty entertainment available where, when, and how you want.

They Call Me Supermensch offers you a backstage pass to the amazing worlds of Film, Food, and Rock’n’Roll alongside the man who lived it all himself: the amazing Shep Gordon.
Pre-order your copy now! http://goo.gl/NHnUFq

Vice President Joe Biden will be introducing Lady Gaga's performance of "Til It Happens To You" from The Hunting Ground at the #Oscars this Sunday!

Vice President Joe Biden will attend the Oscars on Sunday and introduce Lady Gaga's performance of "Til It Happens to You," an administration official confirms to The Hollywood Reporter.

Don't miss #Oscar nominees #DianeWarren and Lady Gaga on CBS Sunday Morning discussing their Academy Award nominated song "Til It Happens To You" from The Hunting Ground, a startling documentary about sexual assault on college campuses, institutional cover-ups and the brutal social toll on victims and their families.

The veteran songwriter teamed up with the vocal powerhouse for the haunting, Oscar-nominated song, "'Til It Happens to You"

Watch: Lady Gaga Performs Oscar-Nominated Song 'Til It Happens to You' at PGA Awards

Watch Lady Gaga's stunning performance of #TilItHappensToYou, the #Oscar-nominated song she wrote with #DianeWarren, at the #PGAwards!

At Saturday night's Producers Guild of America Awards, Lady Gaga took the stage to sing "Til It Happens to You," the Oscar-nominated song she co-wrote with Diane Warren for the campus rape document...

Just in! Lady Gaga will perform #TilItHappensToYou, the Oscar-nominated song she wrote with #DianeWarren, at the PGA Awards this Saturday!
#PGAwards #TheHuntingGround

Congratulations to #DianeWarren and Lady Gaga on their #Oscar nomination this morning for #TilItHappensToYou from The Hunting Ground! We couldn't be prouder.

Lady Gaga and #DianeWarren sat down with The Hollywood Reporter's Scott Feinberg to discuss Til It Happens to You and The Hunting Ground. Don't miss this powerful conversation: http://bit.ly/1IUECWN

The music icon and the seven-time Oscar nominee discuss fame, the music business and the sexual assaults they both suffered years ago, which inspired them to collaborate on the original song 'Til It Happens to You' for an acclaimed new doc about the epidemic of the crime on college campuses.

Congrats to It Follows and #GoodnightMommy for landing the #1 and #2 spots on Rolling Stone's 10 Best Horror Movies of 2015!

From meta-slasher flicks to creepy body-horror parables, the year's high points of scares 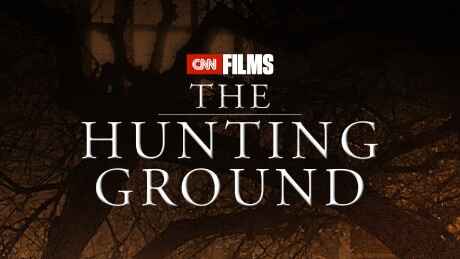 The groundbreaking documentary about sexual assault on American college campuses.

Last week, Lady Gaga, #DaineWarren, #KirbyDick and #AmyZiering sat down with The New York Times - TimesTalks to discuss The Hunting Ground and "Til It Happens to You." Watch the full video here: http://bit.ly/1N68yeH #ICYMI

Don’t miss New York Times columnist and author Frank Bruni in conversation with six–time Grammy Award® winner Lady Gaga and seven–time Academy Award® nominee Diane Warren, whose song “Til It Happens to You” was written and performed for the highly acclaimed documentary “The Hunting Ground,” from Aca…

Congratulations to The Hunting Ground for winning the 2016 Stanley Kramer Award from The Producers Guild of America!

Congrats to It Follows, The Hunting Ground and #GoodnightMommy on their Critics' Choice Awards nominations this morning! 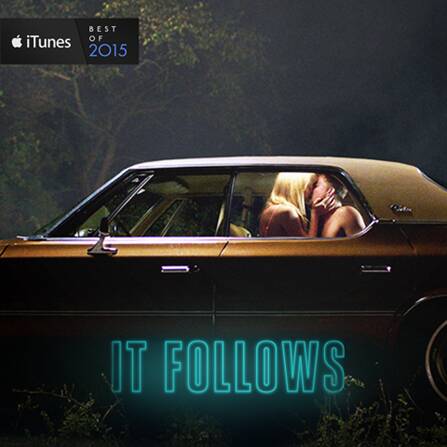 We’re so proud! iTunes Movies chose #ItFollows as one of its iTunes Best of 2015 films! Thank you to the fans who continue to support!
http://gwi.io/jljbwz #iTunes2015 #honored #thankyou

From the makers of the Oscar-nominated documentary The Invisible War, watch The Hunting Ground this Sunday at 8pm ET on CNN.

Keep On Keepin' On: "Simplicity is a Most Complex Form"

Words to live by: keep it simple.

'Snowpiercer' Being Adapted for TV With Josh Friedman

The #Snowpiercer uprising is coming to TV! #ICYMI

Life on a Nicolas Winding Refn set, as described by the director himself. #MyLife #OnlyGodForgives #RyanGosling

It Follows made Rotten Tomatoes’ 25 best movie posters of 2015!

THE HUNTING GROUND at DOC NYC

The Hunting Ground screens this week at DOC NYC.

Watch it 11/13 + a special Q&A with director Kirby Dick: http://bit.ly/HuntingGround_DOCNYC

Having previously investigated rape in the military in the Oscar-nominated The Invisible War, Kirby Dick turns his attention to another insidious bastion of sexual assaults: the college campus.

Put up your damn dukes and show this week who's boss.
#RyanGosling #OnlyGodForgives #MondayMotivation

Happy Halloween! #10WaysToDiE, #1 is when It Follows.

When the monster in your house finally rears its evil head.
#10WaysToDiE: #2 is #GoodnightMommy

"Austria is looking to break any genre bias at the Oscars this year with its arthouse horror thriller from Radius, #GoodnightMommy."

Horror films have always been the exception in the Oscar conversation. Sure, they've had their day: One of the most notable hardcore titles being 1974's The Exorcist, which landed 10 nominations, i...

It pays to have friends in hidden places.

European Film Awards announced that #GoodnightMommy will be the 2015 recipient of its prize for best cinematography.

At the ax of Chris Evans in a train car battle royale.

High schoolers on a secluded ranch...what could possibly go wrong?

Don’t act like your heart didn’t skip a beat when you saw Ryan Gosling’s dreamy death-stare.

The moment you realize your underground fight club is a nationally televised program.

#10WaysToDiE: #7 is from MAN OF TAI CHI, starring #KeanuReeves in his directorial debut.

Just having a blast with some friends.

All alone on a boat, just you and a damn werewolf.

#10WaysToDiE: #9 is from When Animals Dream.

Note to self, pitchforks and shotguns don’t mix. Or do they?

Starting tomorrow, in honor of Halloween, we’ll be counting down #10WaysToDiE. Check back every day through 10/31 for a killer scene from some of our favorite RADiUS titles... 💀

Be the first to know and let us send you an email when RADiUS posts news and promotions. Your email address will not be used for any other purpose, and you can unsubscribe at any time.

Keep On Keepin' On: "Simplicity is a Most Complex Form" 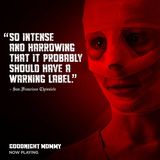