Different Duck Films, LLC is a bicoastal production company, which creates in-house productions and CHECK US OUT: http://www.DifferentDuckFilms.com

Different Duck Films, LLC is a bicoastal production company, run by award winning filmmaker, director, and producer Rob Margolies. Rob Margolies graduated from Chapman University with a BFA in Film Production. During his senior year, he was awarded a scholarship that entitled him to be mentored by Oscar Winning Director William Friedkin. Margolies also produced the first ever film by the Duffer Br

Different Duck Films, LLC is a bicoastal production company, run by award winning filmmaker, director, and producer Rob Margolies. Rob Margolies graduated from Chapman University with a BFA in Film Production. During his senior year, he was awarded a scholarship that entitled him to be mentored by Oscar Winning Director William Friedkin. Margolies also produced the first ever film by the Duffer Br

Hope to see you tomorrow!

This is going to be an exciting evening of acting and information! Join us! Jason Stuart is a prolific character actor/stand-up comic/producer/content creator and the list goes on.

We are excited to announce our newest project is hitting the ground running! Starring from writer and director and winner of Best Concept from last years

Strive to make something unique! Never take the easy route!

Bobcat Moretti has been in production these past few weeks and it’s been exciting to get back on set! If you want to learn more about the film check out the page. If you’re coming to the First Frame International Film Festival we would love for you to come to our special dinner event! Check out First Frame’s page for more info.

Go check out the GoFundMe. They are partnering with the MS Fitness Challenge!

Make movies for yourself!

Submit to First Frame International Film Festival! The extended deadline is now July 5th! Come to Vegas with us!

All of these great films are streaming on YouTube! Go take a look!

The 2018 drama film Never Heard is on many streaming platforms! Let us know what you think of the film!

How you know a director is a good director!

Tune in to the live podcast hosted by every Wednesday at 2 pm PST. Go check it out!

If you have iTunes and an Apple device go check out one of these films, they are all streaming on ITunes! Let us know what you think!

The 2018 movie All You Can Eat is streaming on multiple platforms! Let us know what you think of the film by leaving a review on Rotten Tomatoes!

T.F Hodge quote from Within I Rise

All of these films are streaming on Vudu! Go check them out! ’dliketobealone

Yes! Go watch Yes! The 2019 drama film is streaming on many platforms. Link to trailer in bio. When you watch it, leave a review on rotten tomatoes!

Be a Bobcat! If you want to get involved with our upcoming film Bobcat Moretti, please visit our GoFundMe page. The link is in our bio!

Go watch any of these films on Amazon Prime!

Go watch Immortal! You can watch it on many streaming sites including Amazon Prime! After you watch it, go leave a review on Rotten Tomatoes!

This day in Film History — May 24, 1895, Henry Irving was the first actor(stage) to receive knighthood. The more you know!

Box office numbers! The new movie, Spiral, has been number 1 for the past 10 days! Wow!

For those of you specifically trying to break in the film business or just get some on camera work, this is a rare opportunity to enter for a chance to work with industry professionals and have a project that's tailored to you! This is better than a demo reel because it's a fully fledged out story that created for you. Plus IMDb Credit AND can be entered the film festival circuit as a short story. Normally a expensive undertaking, but if you are selected, it's free. All you have to do to enter is give a minimum of $5 donation to the film's Go Fund Me campaign. Live drawing of the name is happening May 5th!

Did you know March is multiple sclerosis (MS) awareness month? 10% of ALL donations go to MShope.com this month. Please support and share our amazing campaign! If you are able, please donate for incredible perks. Thank you very much!

Want to star in our movie? Hang out with the crew? And contribute to finding a cure for multiple sclerosis?

As you all know, this movie has been a huge project for us. We've put in so much time and effort to bring this important vision to life. Not only does it bring awareness to Multiple Sclerosis, but it also shows an amazing weight loss transformation journey. In order to get this movie to reach as many people as possible, by getting it to as many theaters as possible, WE NEED YOUR HELP!

Today we have officially launched our GoFundMe page, where your donations will help us with the distribution of this film, and bring more awareness to this life changing diagnosis. Every donation has a perk, so depending on the amount you decide to contribute to our film, you will receive a certain perk. The perks range from a shout out on our social media pages, all the way to getting a role in our movie!

We will be donating 5% from the total amount of donations to “MS Hope.” To learn more, please visit mshope.com

Want to be a part of this amazing project? The choice is yours, and we would be thrilled to have you on board!

Share this on your page to spread the message, and tag a friend in the comments who you think would be interested in watching Bobcat Moretti!"
https://www.gofundme.com/f/Knockout-MS-Obesity-with-Bobcat-Moretti

Are you part of the Savvy Filmmakers Group? Make sure to join and watch Rob go LIVE tomorrow at 5pm EST about his new adventure “Develop Your Movie.”

If you have passion for filmmaking & are ready to hustle, we have the tools & resources to make that possible. The main reason why a film fails is an underdeveloped concept. Develop Your Movie starts with conceiving a universally compelling idea to give you a real shot at getting your project seen.

HAPPY NEW YEAR! Check us out and get your movie made!

"Age Ain't Nothin but a Number" is a true retelling of romance, drama, and heartbreak, adapted from the autobiographical novel of the same title by author Yetta Yvette. This powerful love story proves that we never know who we'll fall in love with, even if it's taboo, and how true love can ...

Different Duck Films, LLC updated their information in their About section.

Different Duck Films, LLC updated their information in their About section.

"ALL YOU CAN EAT" - The perfect comedy for the whole family this holiday season! Featuring Randy Quaid (Christmas Vacation) and Kathy Najimy (Hocus Pocus). See it now on VOD and AMAZON Prime!

Be the first to know and let us send you an email when Different Duck Films, LLC posts news and promotions. Your email address will not be used for any other purpose, and you can unsubscribe at any time. 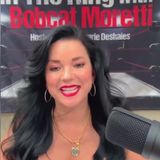 ‪Here is a first look at the brand-new teaser trailer to one of our latest projects "Immortal” . ‪"Immortal" is an anthology feature comprised of 4 stories interwoven with the common theme of immortality.‬ . Stay tuned for exciting news about where we will be premiering the film! 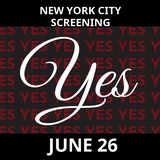 We are excited to announce our East Coast premiere of YES in NYC on June 26th at 8:10pm at the SOHO International Film Festival NYC (SohoFilmFest)! Stay tuned for ticket link and a big congrats to the team!

See the latest trailer for ALL YOU CAN EAT, releasing June 1st everywhere On Demand!

Goodmorning
I am happy to write this message because I like cinéma and I would like work and join your team as actress , I hope you will help me , thank you
Kinds regards
Nadia oworo
hi
x