World Views and Diplomacy is a global International News format based on the publics view and not influenced by corporate and/or government agenda's...

Thoughts on this years election? 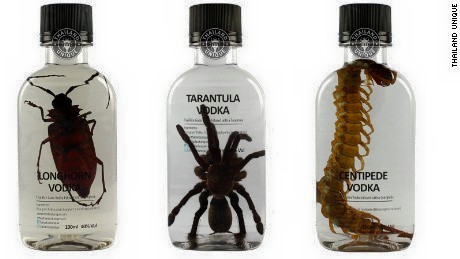 CENTIPEDE VODKA AND FRIED CRICKETS: IS THIS THE FUTURE OF FOOD?

"Our policies toward the arrogant government of the United States will not be changed at all," he said.

HOUSE PASSES BILL TO CRACK DOWN ON 'SANCTUARY CITIES'

WASHINGTON — House Republicans approved legislation Thursday cracking down on "sanctuary cities" that shield residents from federal immigration authorities. Angry Democrats accused Republicans of aligning themselves with Donald Trump and his anti-immigrant views, and the White House threatened a veto.

"The Donald Trump wing of the Republican Party is clearly ascendant here today," Rep. Lloyd Doggett, D-Texas, said in heated floor debate ahead of the largely party-line vote of 241-179. "This bill is not about grabbing criminals; it's about grabbing headlines."

Kerry pushes back against critics of Iran deal

KERRY PUSHES BACK AGAINST CRITICS OF IRAN NUCLEAR DEAL

Over 50 dead in Cameroon, Nigeria as Buhari warns US over Boko Haram

Over 50 dead in Cameroon, Nigeria as Buhari warns US over Boko Haram

Is Putins economic boom over: Millions of Russians are now sliding back into poverty:

Republicans refuse to acknowledge that Ronald Reagan coddled the so-called "terrorists" during his disastrous presidency.

WASHINGTON — Former President Bill Clinton disavowed part of the anti-crime legislation that he long considered one of his top accomplishments, concluding that it went too far in sending even minor criminals to prison “for way too long.”

South Sudan's government forces and armed groups allied to it have carried out a series of horrific killings, rapes, including burning civilians alive and crushing others under tanks, in devastating violence in the Unity State since May, Human Rights Watch (HRW) has said.

Is this the beggining of modern day guerilla warfare...

Video of a handgun fired from a drone while hovering on private land was apparently posted on YouTube.
http://cnn.it/1JvZPQz

Vote Anonymous 2016 - The Solution For Humanity!

Vote Anonymous 2016 - The Solution For Humanity!

THE ART OF WAR by Sun Tzu

Talk to Al Jazeera travels to Havana as the country prepares to normalise relations with the US, encountering a mix of optimism, nervousness and concern about what the impact will be.

We speak to an urban architect, who is consumed by the question of whether his Havana will survive. Can it handle the potential onslaught of tourists and investments that are lining up? And should everyone who wants to come to Cuba be allowed to?

Understanding Iran~Everything You Need to Know, From Persia to the Islamic Republic, From Cyrus to Ahmadinejad

On one side of South Carolina's Capitol, the Ku Klux Klan. On another, their opposition.
K*K rally leads to clashes at South Carolina capitol 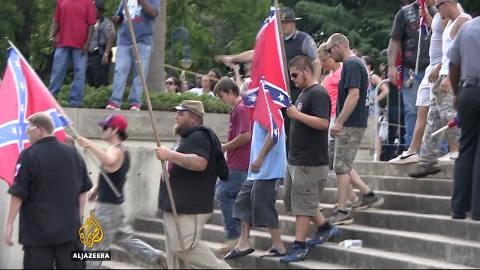 The Ku Klux Klan may have held a protest but their voices were drowned out by those who believe their days are over.

"I smell rats of the highest order."

Tomorrow, a 60 Minutes Special Investigation will expose the dark secrets of Britians most powerful men. This is the investigation that will hit Britian to its core!

Donald Trump: John McCain only a war hero "because he was captured"

In an speech at a Tehran mosque punctuated by chants of "Death to America" and "Death to Israel", Khamenei said he wanted politicians to examine the agreement to ensure national interests were preserved, as Iran would not allow the disruption of its revolutionary principles or defensive abilities.

An arch conservative with the last word on high matters of state, Khamenei repeatedly used the phrase "whether this text is approved or not", implying the accord has yet to win definitive backing from Iran's factionalized political establishment.

"Whether the deal is approved or disapproved, we will never stop supporting our friends in the region and the people of Palestine, Yemen, Syria, Iraq, Bahrain and Lebanon. Even after this deal our policy toward the arrogant U.S. will not change," he said.

Under the agreement reached on Tuesday, sanctions will be gradually removed in return for Iran accepting long-term curbs on a nuclear program that the West has suspected was aimed at creating a nuclear bomb. Iran denies it seeks a nuclear bomb.

Khamenei's combative remarks about U.S. policies in the Middle East may sit awkwardly with a diplomatic offensive Foreign Minister Mohammad Javad Zarif plans in coming days in the wake of the deal.

Iran regards its nuclear program as an emblem of national dignity and dynamism in the face of what it sees as decades of hostility from Western countries that opposed its 1979 Islamic revolution.

Khamenei did not echo criticisms of the deal made on Friday by a top cleric, Ayatollah Mohammad Ali Movahedi Kermani, who said in an address broadcast on radio that it reflected excessive demands by world powers that were an "insult".

But Khamenei's remarks radiated a broad mistrust of U.S. intentions, claiming that successive American presidents had sought Iran's "surrender", and declaring that if war broke out America would come off worst, nursing "a broken head".

"The Americans say they stopped Iran from acquiring a nuclear weapon," Khamenei said.

"They know it’s not true. We had a fatwa (religious ruling), declaring nuclear weapons to be religiously forbidden under Islamic law. It had nothing to do with the nuclear talks."

He said the slogans of "Death to America" and "Death to Israel" chanted at demonstrations in Iran this week supporting the Palestinian cause showed what Iranians think and "shook the atmosphere of the country".

"We have repeatedly said we don't negotiate with the U.S. on regional or international affairs; not even on bilateral issues. There are some exceptions like the nuclear program that we negotiated with Americans to serve our interests.

He said U.S. policies in the region were "180 degrees" opposed to Iran’s policies.

He paid tribute to Iranian negotiators who thrashed out the accord in marathon negotiations in Vienna, saying their work was worthy of reward, whether the deal was approved or not, and added there was now "a foreseen legal path" in Iran for the nuclear agreement to take.

"Our expectation is that those involved will very carefully keep the issues of the country and national issues in mind. And what they present to the people they should also be able to present to God with their head held high.”

His remarks did not shed further light on Iran's procedures for ratifying the accord, which are not known in any detail. Zarif will brief parliament on July 21, Iranian media have said, and the agreement will also be examined the National Security Council, the country's highest security body.

Zarif, who plans to visit several countries in the region, told fellow Muslim countries on Friday that Iran hoped the accord could pave the way for more cooperation in the Middle East and internationally.

Some Gulf Arab states have long accused Tehran of interference, alleging financial or armed support for political movements in several countries including Bahrain, Yemen and Lebanon. Shi'te power Iran denies interference but vows undimmed support for the Syrian and Iraqi governments, both of whom are fighting insurgencies by a variety of Sunni armed groups.

In a message to Islamic and Arab countries on the occasion of the Eid al-Fitr holiday at the end of Ramadan, Zarif said: "By solving the artificial crisis about its nuclear program diplomatically, a new opportunity for regional and international cooperation has emerged."

Some prominent conservatives have kept silent on the deal. Ali Akbar Velayati, a senior advisor to Khamenei, did not mention the agreement in his Eid al-Fitr message.

"If any of our security officials or members of parliament approve or denounce the deal before fully scrutinizing it, they will regret," Revolutionary Guard commander and head of Iran's Basij organization, Mohammad Reza Naghdi said on Friday in an interview with Fars news agency.

What the media doesnt show you...

The ethnic cleansing unfolding in the Nuba Mountains of Sudan doesn’t get much coverage. But once you’ve witnessed it, it will haunt you, Nicholas Kristof says. http://nyti.ms/1HqQZFH

something to think about 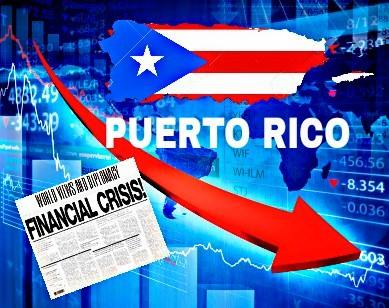 Greece is not the only Country in a Financial Crisis... Puerto Ricos Governer announces the Island is roughly in 73 Billion dollars in dept and cannot possibly pay it off, as the Island files Bankruptcy

“The debt is not payable,” Mr. García Padilla said. “There is no other option. I would love to have an easier option. This is not politics, this is math.”

Will the United States Government Bail Puerto Rico out?

BREAKING NEWS: IRAN AND AMERICA HAVE COME TO NEGOTIATIONS OF IRANS NUCLEAR PROGRAM.... WILL THE NEGOTIATIONS GET BY THE AMERICAN CONGRESS FOR APPROVAL....

clik on the link to joun the discussion 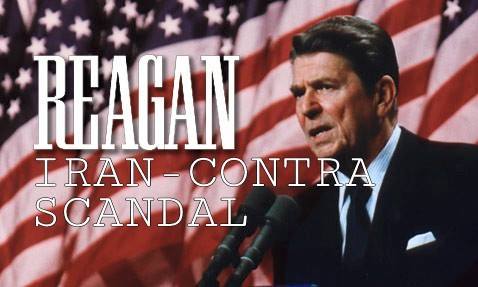 Did u know that in 1987 the Ronald Reagan Administration was involved in one of the biggest covert scandals next to watergate... They illegally sold weapons to Iran to Fund Rebel Efforts in Nicaragua....

it led to the arrests of many of his Personnel.... its funny how reagan didnt get impeached.... and after his prodige George W. Bush Sr. was put into office.... 6 pardons were immediately issued....

Be the first to know and let us send you an email when World Views And Diplomacy posts news and promotions. Your email address will not be used for any other purpose, and you can unsubscribe at any time.

Iran's Supreme Leader Ayatollah Seyed Ali Khamenei slams and vows no changes in relations with 'arrogant' U.S "Our policies toward the arrogant government of the United States will not be changed at all," he said. Full Story~ http://goo.gl/SWR337 Like-----> World Views And Diplomacy 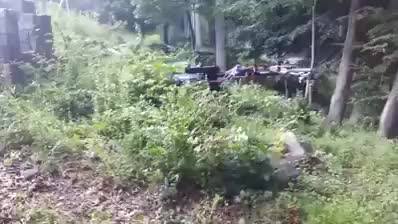 Is this the beggining of modern day guerilla warfare... Video of a handgun fired from a drone while hovering on private land was apparently posted on YouTube. http://cnn.it/1JvZPQz Like----> World Views And Diplomacy 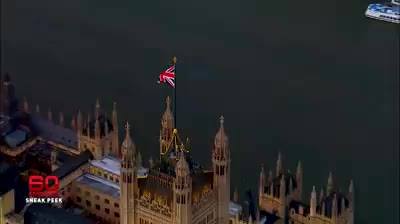 "I smell rats of the highest order." Tomorrow, a 60 Minutes Special Investigation will expose the dark secrets of Britians most powerful men. This is the investigation that will hit Britian to its core! 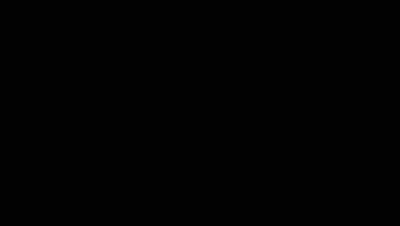 What the media doesnt show you... The ethnic cleansing unfolding in the Nuba Mountains of Sudan doesn’t get much coverage. But once you’ve witnessed it, it will haunt you, Nicholas Kristof says. http://nyti.ms/1HqQZFH Like-----> World Views And Diplomacy

Other Newspapers in New York