Legendary music space with 35 years of NYC rock'n roll history, hosting artist like Jeff Buckley, Jesse Malin, The Rapture, City of the Sun, and many others throughout the years.

In 2015, it closed permanently, but the Red Door Sessions live on. Founded in 1978 by Giorgio Gomelsky, (legendary music producer and first manager of The Rolling Stones and The Yard Birds) as a laboratory for music and arts. Managed by Red Door Collective.

Remembering Ian Cuttler and Red Door. Many great things were born here that will forever remain in the spiritual / musical world. Thanks City of the Sun for the inspirational musical memorial for Ian! https://youtu.be/4dw9P3hF1Wo

Some people ask if this is in Coney Island, it’s not, it’s at Coney Island Baby in East Vill in Manhattan, formerly HiFi, formerly Brownies. Next Sunday #barralibre #reunion #disconaked #giorgiogomelsky #nocover #sundayfunday 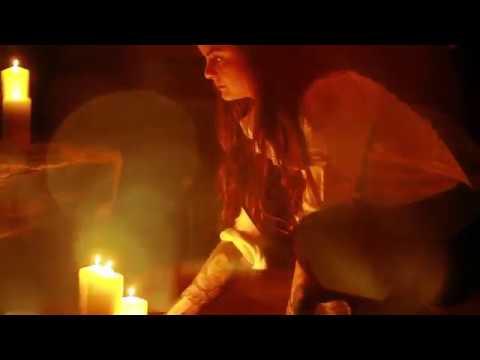 A private Red Door Session with City of the Sun hosted at The Assemblage NoMad House last week (2/15), with a sound meditation! You can still catch the band tonight (2/23) headlining Brooklyn Steel...tix here: bit.ly/COSbksteel

Live at The Assemblage: City of the Sun Acoustic Set

From Thursday evening, Red Door Sessions with City of the Sun at The Assemblage

Music, Meditation and Mindfulness. I would like to extend a few invites to a Private experiential occurrence as we bring Red Door Sessions back this Thursday 2.15 at The Assemblage NoMad House featuring City of the Sun. Next week they headline Brooklyn Steel, so this will be a real treat to experience them up close in an intimate setting. If interested please register at link below (capacity is limited). https://theassemblage.spaces.nexudus.com/en/events/view/550229002/copy-of-red-door-sessions-city-of-the-sun

RED DOOR SESSIONS will be re-launching soon at another location nearby....stay tuned

another nice and lengthy obituary for GG from the Telegraph UK

Founder of the Crawdaddy Club, where the Rolling Stones and the Yardbirds got their first break

The mad genius behind The Rolling Stones and Yardbirds, Giorgio Gomelsky R.I.P.

The mad genius behind The Rolling Stones and Yardbirds, Giorgio Gomelsky R.I.P.

Giorgio Gomelsky with a young Eric Clapton looking on. Giorgio Gomelsky died of cancer earlier today. He was 82. Gomelsky opened London’s Crawdaddy Club in 1963 where he booked bands like The Rolling Stones, The Yardbirds and Led Zeppelin. He briefly managed both The Stones and The Yardbirds. Late…

Former Yardbirds and Rolling Stones manager Giorgio Gomelsky died on Jan. 13, 2016 at 82 after a battle with cancer.

Remembering Red Door...with London Souls last year, certainly blowing smoke and capturing the unparalleled inspiration that this venue held in its 35 year history. As most of you know, Red Door has been permanently closed, and while the building still stands, it will be soon demolished and turned into another NY real estate story, but the spirit will never die!

article on NY's Daily Beast about red door's possible last days, it may be true, it may be not, but one thing's for sure, this place is not going without an encore, so stay tuned to the tune we're building up april and may..."it might get loud" :)

The Red Door was a rockers' paradise, and on its final night detritus used artfully on the floor included old equipment from the Stones.

Last night, electrifying vibrations with City of the Sun back at Red Door....amazing night!

His Studio Is in Disrepair, but His Passion for Music Is Intact

what and who's behind red door....from ny times article 2 years ago..tbt

Side Street: Giorgio Gomelsky’s storied studio, known as the Red Door, has suffered structural woes, but that has not dimmed his vision nor his energy for music, musicians and art.

...this Friday, a very special "coming of age" showcase, featuring my very talented guitar student and great musician / songwriter, Alex Boszhardt performing one of his fist full shows at red door, joined by special guests and acoustic duo Gasoline Tequila! This one's an open invite for all friends... https://www.facebook.com/events/852024478177476/

City of the Sun: Winter Party

Tonight, we're almost sold out but while a few tickets / RSVPs are still available, please join us for a very special night, a winter party, and a most uplifting musical celebration at Red Door with City of the Sun performing their last NYC show this year, followed by Danny White spinning a most elegant brand of nostalgic house on vinyl, both guaranteed to elevate you and get you dancing. As someone dear put it to me, City of the Sun evoke the same euphoric feeling of being immersed in a rave, but instead of electronic it's organic, and the dynamics are the same. And with the combination of Danny White to follow, I'm quite excited about the flow of what's to come tonight.

City of the Sun performing live at Red Door private venue, followed by after-party featuring Indie Slash Resident DJ Danny White, spinning best of nostalgic house on vynil. This is a 21 + event. Hosted by Raul of Red Door Collective & City of the Sun

A compilation of some of the artists that have performed at Red Door throughout this past year!

A compilation of some of the Red Door events throughout this past year!

Terry Dame at Red Door at one of Hyphen Hub Salons this summer.

Last spring we had Outernational playing with Tom Morello at Red Door! Here a small video of the wonderful night!

From "raise the roof" event at red door in nyc on 4/16, despite the storm and rain coming through the roof, Tom Morello made a surprise guest appearance to g...

Baby I've Been Here Before

This is "Baby I've Been Here Before" by Amy Rew on Vimeo, the home for high quality videos and the people who love them.

A preview of our Red Door event this friday 16th with Outernational!

Thanks to everyone who came to the Red Door for the Hyphen Hub launch on Wednesday. It was an incredible night, with a showcase of Fredo Viola's and Mark Bolotin's new joint collaboration - The Cult- using the Lumiphonic Creature Choir instrument.

We would like to apologize to Fredo Viola for not fully listing his involvement earlier. He created the music for the The Cult and worked, with Mark, to create the visuals. He is a terrific artist - you can check out more of his work here:

In the meantime, we wish Fredo and Mark the best for their development of the work with the Creatures. The Red Door is excited to see what happens next!

Theturn.tv is an interactive site framing the music and visual work of Fredo Viola.

Red Door webpage is up and running!

His Studio Is in Disrepair, but His Passion for Music Is Intact

Side Street: Giorgio Gomelsky’s storied studio, known as the Red Door, has suffered structural woes, but that has not dimmed his vision nor his energy for music, musicians and art.

Dear friends, now we have t-shirts too!
Support the project!

Help us revive the legacy of the last underground Rock'n Roll music space in NYC that since 1978 has been a music haven for artists such as Jeff Buckley, The Rapture, D Generation among others.

With our newly created Red Door Collective, we intend to bring together a community of friends that enjoy music and culture, sharing unique experiences aside of the now gentrified New York.

Please contribute to our Kickstarter campaign where you could get access to unique events, guitar lessons and even n**e photography workshops among many other items.

Thank you for your support and looking forward to share magical moments with you at the Red Door!

City of the Sun opening the first of the Red Door Sessions NYC. March 16th, 2013.

Upon entering, those that don’t know of the existence of this little music building and its somewhat hidden but impressive 30-year underground history, usually ask themselves the same question in astonishment. What is this place?

Be the first to know and let us send you an email when Red Door posts news and promotions. Your email address will not be used for any other purpose, and you can unsubscribe at any time.

Send a message to Red Door:

Founded in 1978 by Giorgio Gomelsky, (legendary music producer and first manager of The Rolling Stones and The Yardbirds) as a laboratory for music and arts, the Red Door served as a musical hub and artist collective for more than 35 years before it closed permanently in 2015 and the building was demolished to become another NY real estate story. It hosted and gave a space for uncompromising performances and experimentation for artists like Jeff Buckley, Bad Brains, Alejandro Escovedo, Jesse Malin, The Rapture, The Walkman, The Subjects, Barra Libre, The Outernational, City of the Sun, and many others throughout the years. In 2012, Red Door Collective was formed to help revive the space and produce the Red Door Sessions, where artists were always encouraged to experiment and do something different. After the Red Door closed permanently, the Red Door Sessions have remained to produce pop up events at different private locations.