The Art of Books Founded in 1949, ABRAMS was the first company in the United States to specialize in publishing art and illustrated books. The company continues to publish critically acclaimed and bestselling works in the areas of art, photography, cooking, craft, comics, interior and garden design, entertainment, fashion, and popular culture; children’s books ranging from middle grade to young adult fiction to picture books to board books.

Happy #pubday to PLAYING THROUGH THE PAIN! Called a "must-read for baseball fans" by Publishers Weekly, this is the powerful story of Ken Caminiti, who changed baseball forever as the first player to confess to having used performance-enhancing steroids.

We are forever grateful for those who gave their lives for us. 🇺🇸 Take a moment to remember them this Memorial Day!

📸: VIETNAM: THE REAL WAR, a photographic history by the Associated Press

The vibe we’re trying to achieve this weekend. ☀️⛱️🍹 How are you celebrating the unofficial start of summer?

Sound off for #nationalburgerday! 📣 Which toppings make for the *perfect* burger? 🍔
​
​📸: IT'S NOT COMPLICATED by Katie Lee Biegel

As we're closing out on #AAPIHeritageMonth and heading into the holiday weekend, we can't think of anything better suited for #RecipeFriday than a frosty dessert from FILIPINX! Read on for Angela Dimayuga's inspiration for her Corn Slush recipe and then to learn how to make it!

In summer, my mom used to crack open a can of creamed corn, pour it into bowls over crushed ice, give it a splash of cold milk, then hand around spoons. This is my homage to that memory: sweet kernels straight off the cob, boiled with sugar, frozen, and pulverized into a slush that’s creamy without any added dairy—a vegan treat.

Add the corn kernels, sugar, and salt. Drop the heat to medium low for a slower boil and cook for about 5 minutes, until the corn tastes sweet and crunchy.

Transfer to a shallow heatproof container and freeze overnight. Let defrost on the counter for about 15 minutes, until you can break up the icy corn easily. Reserve a handful of kernels for garnish and puree the rest in a blender until completely smooth and creamy colored. Pour into two glasses, garnish with the reserved kernels, and serve immediately. 🌽
​
​Serves 2

From American Girl Dolls to Barbie, there's something special about having your own doll, and even more so, having a doll that looks like you. And it’s not just about clothing; having a doll that has eyes, skin tone, and even a hairstyle to match your own is a thrill. For African American girls, this isn't the norm nor is it easy to find. Created by Yolanda Jordan, MY PRETTY BROWN DOLL offers patterns and crochet techniques to create this charming crochet doll, with skin tone, hairstyle, eyes, and outfits that are customizable to match the young person this gift is for. Jordan’s unique aesthetic will appeal to a wide variety of crocheters, and there are endless possibilities to make this doll unique.

Our favorite day of the week—it’s #pubday! Which of these new releases is catching your eye?

In BODY HARMONY, founder of the popular lifestyle brand Bonberi, Nicole Berrie, reveals how she personally transitioned from the partying years of her teens and twenties to the fast-paced world of fashion and media, eventually settling into a thriving and balanced life and career in wellness. Sharing recipes, advice, and thoughtful guidance, this book is an inspirational lifestyle manual and cookbook dedicated to those seeking the ever-elusive answer to how to nourish themselves with clean, plant-based foods while still indulging in the joys and delicacies of life.
​
​BODY HARMONY is now on sale and we have a sneak peek of one of the recipes from the book on our blog today: https://bit.ly/3G24LTv

Becoming fame-ish ain’t easy. Judd Apatow must love you, but never put you in one of his movies. Remember to go drunk to your Legally Blonde 2 audition and make sure Paul Thomas Anderson has your cell phone number. Don’t forget to accidentally kiss Rush Limbaugh in front of paparazzi. It’s all part of the gig. Self-deprecating and sharp, Mary Lynn Rajskub's debut collection of essays will have you laughing, cringing, and reevaluating your idea of fame.

Smart, satirical, and relatable, this book gives new meaning to the word “icon” as Mary Lynn navigates showbiz against the backdrop of her own idiosyncrasies. She gives the people what they want: a raucous look at what it’s like to kind of somehow sometimes have a name in Hollywood. Like when she made out with Tom Cruise for forty-five minutes on a couch (with and without tongues!), only to have the scene left on the cutting room floor. Mary Lynn’s FAME-ISH is an honest intimate look at sex, relationships, and career. You won’t want to put it down!

“Let’s get one thing straight right up front: If you’re going to call me a b*tch, I’m going to take it as a compliment.”

Part prescriptive how-to, part manifesto, part tell-all, Christine Quinn’s HOW TO BE A BOSS B*TCH candidly covers sex and money, fashion and fame, gossip and gratitude, confidence and consciousness. Quinn has been called everything from “the most-talked-about woman on TV” to “the villain 2020 needed,” and she isn’t shy about any of the qualities that got her the success she has today: tenacity, confidence, and fearlessness, all while dressed in full glam and designer.

From branding yourself with a signature style that reflects your unique strengths, to using your opponent’s poison as your power, to learning the basics of a successful negotiation, to getting fired—and being ecstatic about it, HOW TO BE A BOSS B*TCH is a modern guide to living a bold, authentic life.

“THE BEST WE CAN DO lands with the force of a blow and the strength of a mountain. Thi Bui offers an all-too-rarely-seen Vietnamese perspective on our war there, and a view of Vietnamese history that makes this book essential reading for anyone who seeks to go deep into this subject. At once intimate and sweeping in its portrayal of human experience, THE BEST WE COULD DO made me weep.”—Leela Corman, author and illustrator of UNTERZAKHN

If there's one book you *need* to add to your AAPI Heritage Month TBR stack, it is this one. Beautifully illustrated and emotional, Thi Bui's debut THE BEST WE COULD DO is an evocative memoir about the search for a better future and a longing for the past.

Colu Henry has been working in food for more than 15 years, and from her time at publications from Bon Appétit to the New York Times, she’s learned that what resonates with her readers is her always unfussy and empowering recipes. In COLU COOKS—a nod to home cooks who are happy to do everything but pastry—Henry helps readers assemble an amply stocked new-American pantry so that they can perfect (and build upon) classic everyday meals.

With 100 recipes and photographs, Colu offers ideas and solutions to get you out of your weeknight routine, explore new ingredients and techniques, build your confidence, and have a sophisticated dishes on the table in around 45 minutes.
​
​To get a sneak peek from the book, head to our blog for her recipe for smoky and spicy shrimp with anchovy butter and fregola! (The name says it all!) https://bit.ly/38sFHZd

One of the most formidable and powerful items in the Marvel Universe, the sacred BOOK OF THE VISHANTI contains an infinite number of potent spells, incantations, and lore from fantastic realms. Created thousands of years ago in the ancient city of Babylon to combat demons and those who wield dark magic, this tome has been passed down by the greatest sorcerers of the ages, each adding their own discoveries into its ever-expanding pages. Now in the possession of Doctor Strange, the Sorcerer Supreme and Earth’s foremost protector against mystical threats, the BOOK OF THE VISHANTI acts as his first line of defense.

The greatest source of magical knowledge in our dimension, the BOOK OF THE VISHANTI is the ultimate collection of spells, history, and personal accounts recorded by practitioners over centuries, including notes from Doctor Strange himself. Featuring detailed inscriptions, mind-bending illustrations, and everything you need to know about the heroes, villains, artifacts, creatures, and worlds that make up the mystical and supernatural side of the Multiverse, this book is a must-have for all Marvel fans.

The Notorious B.I.G. was one of the most charismatic and talented artists of the 1990s. Born Christopher Wallace and raised in Clinton Hill/Bed Stuy, Brooklyn, Biggie lived an almost archetypal rap life: young trouble, drug dealing, guns, prison, a giant hit record, the wealth and international superstardom that came with it, then an early violent death. Biggie released his first record, Ready to Die, in 1994, when he was only 22. Less than three years later, he was killed just days before the planned release of his second record Life After Death.

Journalist Justin Tinsley’s IT WAS ALL A DREAM is a fresh, insightful telling of the life beyond the legend. It is based on extensive interviews with those who knew and loved Biggie, including neighbors, friends, DJs, party promoters, and journalists. And it places Biggie’s life in context, both within the history of rap but also the wider cultural and political forces that shaped him, including Caribbean immigration, the Reagan era disinvestment in public education, street life, the war on drugs, mass incarceration, and the booming, creative, and influential 1990s music industry. This is the story of where Biggie came from, the forces that shaped him, and the legacy he has left behind.

We’re gonna party like it’s your #bookbirthday! 🎉🎈 So excited to share these new releases with you! Which one will you check out first?

Happy Mother’s Day! Whether it's a beautiful bouquet 💐 or breakfast in bed 🍳🥞, we you hope you are treating the moms in your life to something special today to show them just how amazing they are. ❤️

📸: FLOWERS BY DESIGN by Ingrid Carozzi of Tin Can Studios

ABRAMS titles are available wherever books are sold.

Be the first to know and let us send you an email when ABRAMS Books posts news and promotions. Your email address will not be used for any other purpose, and you can unsubscribe at any time.

Send a message to ABRAMS Books: 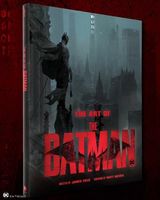 The Art of The Batman 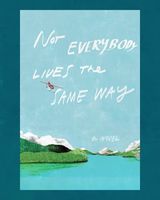 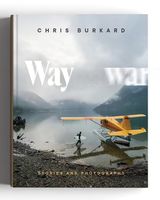 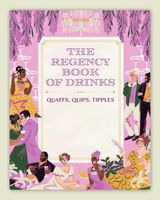 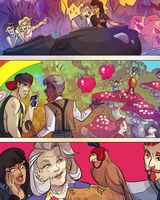 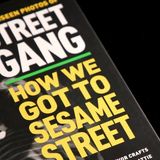 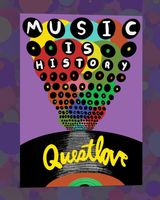 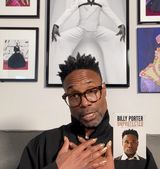 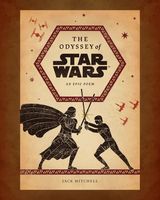 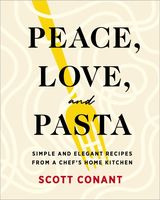 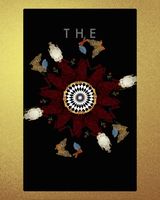 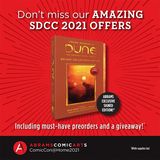 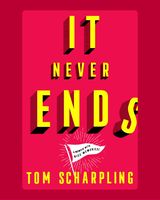 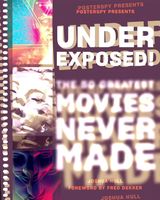 Tripwire Reviews Frank Herbert's Dune The Graphic Novel Vol.1
Does anyone know if there are any openings for remote book publishing and book editing internships this summer and next summer? #bookeditor #bookpublishing #remote #internshipopportunities #summer2021 #summer2022
https://www.jewishbookcouncil.org/book/itzhak-a-boy-who-loved-the-violin
https://www.facebook.com/events/373614090556984
https://www.fiverr.com/share/vraRpW
Hello Abrams, Try this one!
I have bought four of the seven Abrams book on sale at Comixology. You guys are doing a great job. I'm considering getting Derf's book on Kent State next.
When does the Big Sexy autographed poster get shipped? Just got the book!
Hello! Are we able to read your books on Facebook to the children at our childcare center? I would love to share Rosie Revere, Engineer with them. Such a moving book 💪🏽❤️
From the Vive Le Color - Arabia Coloring Book.
looking for the art book "Dali" which featured a candy box like gold cover (lost my copy in the early 70's during hard times, would love to recover!) 😞
I preordered a book in October. Received a notification that it was published in December. Have reached out to them at least 3 times and have never received even a reply! 😡