You love TV, we cover it!

Dustin Hoffman and Katharine Ross in The Graduate.

James Corden has been banned from an NYC restaurant after owner Keith McNally accused him of being “extremely nasty” to his staff on multiple occasions:

“[He was] the most abusive customer to my Balthazar servers since the restaurant opened 25 years ago.”

Leonardo DiCaprio with his parents George DiCaprio and Irmelin Indenbirken in 1975.

Love is in the air…

Check our Heartbreaks + Breakups + Makeups collection with our filmmakers choices of their favorite heartbreaks, breakups and makeups films.

PUT YOUR HANDS IN THE AIR!

Blockbuster, about the store’s employees fight to stay relevant in last operating Blockbuster in the United States, starts on November 3rd on

🎥: The Eric Andre Show is on Adult Swim

Michael G. Wilson, who has been a James Bond producer since Moonraker (1979), told The Sun: "We’ve tried looking at younger people in the past.

"But trying to visualise it doesn’t work. Remember, Bond’s already a veteran.

"He isn’t some kid out of high school that you can bring in and start off. That’s why it works for a 30-something."

This amazing Stranger Things Halloween display went viral on TikTok with over 14 million views — then got taken down after a neighbor complained. It was there for two days and it became a traffic problem because of all the lookie-loos.

Would you watch it?

First poster for Antoine Fuqua’s Emancipation starring Will Smith is his first post-slap feature. December 2 in theaters, December 9 exclusively on Apple TV Plus.

"I went up there with the grace and the beauty and the courage and the humility of my people. I spoke from my heart.”

This is what Bill Skarsgard would look like as Nosferatu. Portrait created with the assist of an artificial intelligence algorithm.

Bill Skarsgård and Lily-Rose Depp are the leads in Robert Eggers’ ‘Nosferatu’ film.

The film was previously in the works with Anya Taylor-Joy and Harry Styles.

Be the first to know and let us send you an email when Wetpaint posts news and promotions. Your email address will not be used for any other purpose, and you can unsubscribe at any time.

Send a message to Wetpaint:

Singer Michelle Branch was arrested Thursday at around 2AM in Nashville for assaulting her husband The Black Keys' Patrick Carney. Cops were called to their home for a possible domestic disturbance, and she admitted to slapping him “one or two times”. Multiple outlets have reported that the announcement comes after Branch tweeted – and then deleted – a message accusing Carney of infidelity. That tweet was reportedly made on Wednesday evening (August 10), however Carney has not yet publicly commented on that or the separation. Branch and Carney met one another at a Grammys party in 2015, and began dating while working together on Branch’s 2017 album ‘Hopeless Romantic’, which Carney co-wrote and co-produced. They were married in April of 2019, and have two children – a son born in 2018 and a daughter born in February of this year. Michelle tweeted: "Just found out my husband cheated on me with [REDACTED] while I was home with our 6 month old daughter." Her bail was set at $1000, but it appears she was let out early to breastfeed their 6-month-old baby. #michellebranch #patrickcarney #celebritygossip

You need Azuki the hedgehog in your life

The Kittyroo hoodie allows you to carry your cat just like a k...

Royal Caribbean's newest cruise ship is ‘the largest in the wo...

Makeup artist can transform into any celebrity

The Drink&Buddy water bottle is for both dogs and humans

Napercise is a fitness class where you sleep to burn calories

The Tinda Finger will help you swipe right on Tinder

This pig could be your new best friend 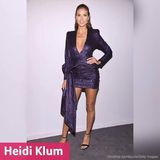