The official page of The Magazine ANTIQUES. www.themagazineantiques.com America’s premier fine and decorative arts publication since 1922

This rolling armchair is work-from-home #goals! It was designed by Frank Lloyd Wright for the administrative offices of a soap manufacturer in Buffalo, New York. With its window-pane backing, it exemplifies Wright’s architectural take on furniture.

This colorful lemonade set consists of a set of cups and a pitcher made of painted glass, all displayed in a beautiful silver plate stand. While less valuable than solid silver, silver plate, all the same, became a symbol of class and style in Gilded Age America. This elaborately engraved piece was made by Aurora Silver Plate Manufacturing Company of Illinois, around the turn of the 20th century.

Can you guess what painter created this sculpture?

Throughout her life, Georgia O’Keeffe created not only paintings but sweeping, abstract sculptures that are reminiscent of many of the forms and motifs present in her famous paintings.

Check the link below to take a look at a selection of ANTIQUES covers from early spring publications over the past century!

The Magazine ANTIQUES honors those who gave their life in service of their country on this Memorial Day.

In "Memories of the Veteran," artist Nick Quijano Torres depicts himself, as a child, standing beside his grandmother. They sit below a portrait of his grandfather Juan, a veteran and "reminder of Puerto Rico’s steadfast contribution to safeguarding the American way of life."

It's day 7 (the last day) of our #AAPI Heritage Month takeover.

An incense container, but make it modern! But while this storage piece could look like it's from the 1960s, it dates to the 1910s-1920s. Created in Kyoto, Japan by artist Tsuishu Yozei XX (Tsuishu Toyogoro, 1880-1952), this piece features layers of lacquer on a wood core. After this complex layering took place, the artist then carved the three dimensional vine and berry motif. Thank you so much to @thepophistorydoctor for her insightful contributions to #AntiqueOfTheDay.

This week we welcome @thepophistorydoctor for a special #AAPI Heritage Month takeover!

Perspective is everything. These Nepalese earrings, made from gold and semi-precious stones in the 17th or 18th centuries, would not adorn human ears, but that of a "larger-than-life" deity in a Nepalese temple. These "deity" earrings depict the Hindu god Vishnu, the protector of the universe, riding demigod Garuda, a winged representative of heaven.

A goddess formed from the powerful energies of three deities– Shiva, Brahma, and Vishnu, Durga is a many armed heavenly being, depicted here as vanquishing the demon Mahisha. In this tale, Manisha took the form of a buffalo in order to escape Durga, but to no avail. Durga is seen here dragging the universe-plaguing Mahisa out of his costume with a calm serene expression on her face. This form of Durga is called "Mahishasuramardini", which translates "She who conquered the demon named Mahisha," and originates from the Central Javanese period (9th century, Indonesia)

A historic church annex in New York becomes a chic nightspot for photography aficionados. Check the link below to read all about it!

The column-less interior was designed by Renwick with a hammer truss ceiling beam configuration to transfer the weight of the slate roof to wall-mounted corbels without the need for buttresses. Photograph courtesy of Chapel Bar, New York.

It's day 4 of our #AAPI Heritage Month takeover by @thepophistorydoctor.

Hand Kahili are the feathered standards of the ali'i-- Hawaiian chiefs and chiefesses and 18th-19th century Hawaiian royalty. Symbolizing high rank and used from ancient times, kahili are made from a variety of native bird feathers. This particular example from the Bishop Museum in Honolulu has a white feathered core, a red and yellow feathered hat and skirt, capped with a walrus ivory tip.

There's a reason why china is called china! This piece dates from the 14th century, far before the European craze for it began. On this plate, you'll find traditional Chinese motifs-- the qilin, a mythical unicorn-like creature, as well as bamboo, and gourds. Based on its size, design, and inscriptions found on the piece itself, it is believed this particular plate was exported to the Middle East from Jiangxi Province during the Yuan Dynasty (c. 1271-1368). Stay tuned for more #AAPI objects from @thepophistorydoctor for the rest of the week!

It's day 2 of our #AAPI heritage month takeover!

The Silla Kingdom (1st century BCE-7th century CE) was one of three main kingdoms on the Korean peninsula prior to the area's unification by this province in the 7th century. Rulers of this "golden kingdom," located in the southern portions of modern day South Korea, wore variations of this gold crown. This crown in particular features tree branches and phoenixes along the inner cap, while the jade pendants, the "antler" shape, and longer gold ornaments on the sides are traditional to Silla Kingdom crown design. Crown variants have been excavated from mounded tombs in the Gyeongju province of modern Korea.

This week, for the last week of #AsianAmericanPacificIslanderHeritageMonth, we are thrilled to feature a #AntiqueOfTheDay takeover by @thepophistorydoctor Sharon Kong Perring.

This white jade bottle, dating from the 18th century Mughal Period (1526-1827), displays the motif of flowering plants common to this northern Indian empire. The gems featured on the finial and throughout the wired gold were inlaid using the kundan technique, meaning each gem was meticulously mounted with small strips of gold.

The Architect’s Dream by Thomas Cole (1801–1848), 1840. Toledo Museum of Art, Ohio, purchased with funds from the Florence Scott Libbey Bequest in Memory of her Father, Maurice A. Scott.

Christopher Dresser created some of the most innovative wallpaper designs of the Victorian era. This unique design, called “Queen Anne,” strays from archetypally naturalistic British designs bearing that name and instead exemplifies a more industrial, geometric taste.

The intersecting triangles of this hairbrush and mirror exemplify a decorative arts slant on the cubist and Russian constructivist schools. They were designed by German-born American artist Elsa Tennhardt in 1928.

Be the first to know and let us send you an email when The Magazine Antiques posts news and promotions. Your email address will not be used for any other purpose, and you can unsubscribe at any time.

Send a message to The Magazine Antiques: 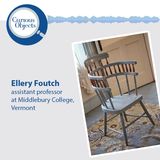 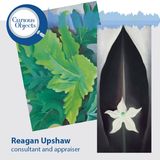 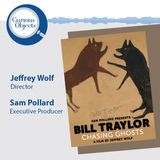 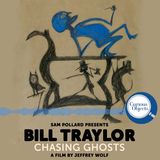 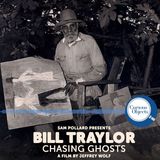 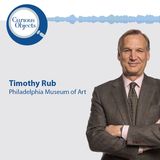 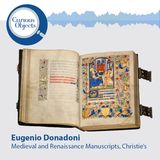 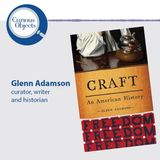 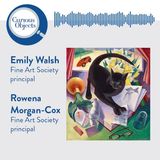 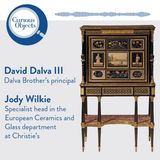 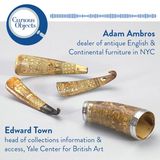 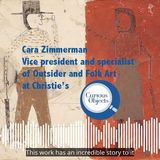 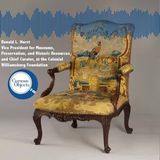 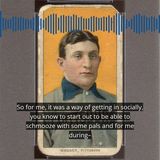 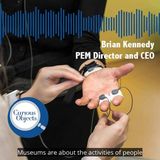 Join us at Design Hudson

Since its inception in 1922, The Magazine ANTIQUES has been America’s premier publication on the fine and decorative arts, architecture, preservation, and interior design. Each bimonthly issue includes regular columns on current exhibitions, personalities in the field, notes on collecting, book reviews, and more.

https://www.facebook.com/102429114473422/posts/747578599958467/?sfnsn=scwspmo
Thank you for the shout out The Magazine Antiques! “The exhibition is a must-see for needlework mavens, and draws on artifacts from a surprisingly diverse array of sources…” 🪡🧵❤️
https://www.facebook.com/102429114473422/posts/731106544939006/?sfnsn=scwspmo
Carved and figured mahogany desk-and-bookcase attributed to Ichabod Cole (1748-1841) of Warren, Rhode Island, circa 1790, 93½" x 40¼" x 22", sold for $88,200 (est. $120,00/180,000) at Sotheby's to Graham Arader of Arader Galleries https://www.maineantiquedigest.com/stories/sothebys-44-lot-important-americana-sale/8731 Cole was a shop joiner. The desk-and-bookcase is very closely related to a desk-and-bookcase in a private collection with the inscription “Maid by / Ichabod / Cole / 1790,” the only signed and dated piece by Cole that survives. Another nearly identical desk-and-bookcase in a private collection is attributed to Ichabod Cole. The three desks are illustrated and discussed by Patricia E. Kane in her article “A recently discovered Rhode Island furniture maker: Ichabod Cole,” published in The Magazine Antiques in May 2007. #antiques #antique #vintage #art #artist #Americana#rhodeisland #furniture #Cole #desk
Have you heard? Harn Museum of Art at the University of Florida recently received the largest gift of artworks in the history of the university and one of the largest in the history of Florida. Some 1,200 paintings! Learn more from The Magazine Antiques 👉 https://bit.ly/3L1VmML #MuseumMonday
What are we listening to today? New Episodes of #TMAExplains from The Magazine Antiques! "There was nothing exceptional about eighteenth-century English cabinetmaker Thomas Chippendale . . . except for his brilliant (and simple) idea to publish his designs. With a little help from the growing British Empire, and the English lust for all things French, soon everyone knew his name..."
Thrilled to have been a part of this. Thanks to The Magazine Antiques for including us!
https://www.facebook.com/102429114473422/posts/715480566501604/?sfnsn=scwspmo
It's a Greek Revival Party, honey! Nine years ago, artist Andrew Lamar Hopkins used the facade of Roper House as inspiration for one of his vibrant paintings. We were thrilled to learn of Hopkins's interest in Roper House and realized it was a rather unusual choice for the New Orleans-based painter. A self-taught artist and antiquarian, Mr. Hopkins typically uses nineteenth-century Creole culture in New Orleans as a basis for his stunningly detailed and colorful paintings in which he "[celebrates] the cultural mixing of European, African, and mixed-race peoples’ lives and material cultures... based on the histories of Creoles living in the South.” Careful research and meticulous attention to detail are blended with creative fantasy in his work. In his 2013 "A Greek Revival House Party," Mr. Hopkins took the front of the Robert William Roper House and imagined what it might look like for a party in the 1830s. Citing recent research at the time, Hopkins explains that the idea occurred to him when he learned about early Southern house parties: "Guests would stay for days, weeks, or even months partying. The home owner put them up for this time and provided all provisions." The work of artists like Andrew LaMar Hopkins allows us to explore the past - imagined or not - and how we currently engage with historic sites. His work often portrays the very people who are regularly missing from the visual record: New Orlean's free Creoles of color, who contributed significantly to that city's nineteenth century economy and, ultimately, its visual character. Since his New York debut at The Winter Show in 2020, Andrew LaMar Hopkins's paintings have gained new audiences - and fans - worldwide. That exposure increased once again when an original painting appeared as the cover art for The Magazine Antiques 100th anniversary issue. That painting, we'd like to note, included a detail particularly special to us. According to Mr. Hopkins's Instagram: "The window treatment 🪟 I used in my painting for the 100 💯 year anniversary issue of "The Magazine Antiques" is copied from Historic Roper House. And I added the Eagle 🦅 on top." We don't mind a little artistic license 😉
I paid for a two year subscription at the beginning of January. I have not seen a single issue. I emailed your customer service asking for a refund & they said they couldn’t find my order. My card was charged in January, so I know you got my order. I’m going to file a claim with my card company to get my money back since your customer service appears to be incompetent.
https://www.facebook.com/102429114473422/posts/703923424323985/?sfnsn=scwspmo
We are happy to share that the latest book from MCHC Press, “The Material World of Eyre Hall,” has been highlighted in two prominent publications: The Magazine Antiques - https://bit.ly/3ItKh6p - and Antiques And The Arts Weekly - https://bit.ly/3K99GTq. Read these articles to learn more about Eyre Hall ahead of our virtual program, “The Material World of Eyre Hall’ with Carl R. Lounsbury,” this Thursday, March 3, at 12 pm. You can register for Thursday’s program here: https://www.mdhistory.org/calendar/fsk-from-home-the-material-world-of-eyre-hall-with-carl-r-lounsbury-phd/ Get your copy of the book: https://shop.mdhistory.org/the-material-world-of-eyre-hall.html Image: A page from "The Magazine ANTIQUES"