MCSC Network is your one stop shop for politics, social issues, and sports.

Why does Kamala sound like 8 shots of tequila at 3 am trying to give directions to her Lyft in an Uber ride?! 😩🤣

Why does Kamala sound like 8 shots of tequila at 3 am trying to give directions to her Lyft in an Uber ride?! 😩🤣

Watch it now and discover more trending videos on TikTok!

International law only seems to apply to enemies of US/NATO countries. But it’s okay for the US to bomb Somalia and for Israel to bomb Syria like they did less than 48 hours ago without anyone saying a word.

Some people are in an emotionally abusive relationship with politicians and they don’t even know it. Politicians from BOTH parties will let you die. Politicians have both the physical and financial security to protect themselves from anything average citizens fear on the daily. They aren’t in office for us. They’re in office for themselves. They seek your sympathy and empathy but have left you and your loved ones out in the cold time and time again.
https://twitter.com/realnikohouse/status/1479133842661384198?s=20

Here's some funny news to kick off the new year. Nascar driver Brandon Brown will officially be driving a car sponsored by the crypto currency "Let's Go Bran... 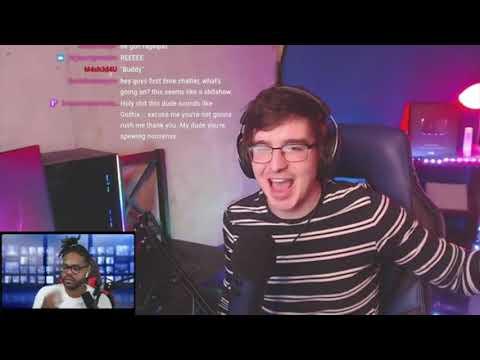 After watching Niko House debate Destiny at the Better Discourse III conference, Hunter invited Niko to come onto his show to discuss the topic of the debate... 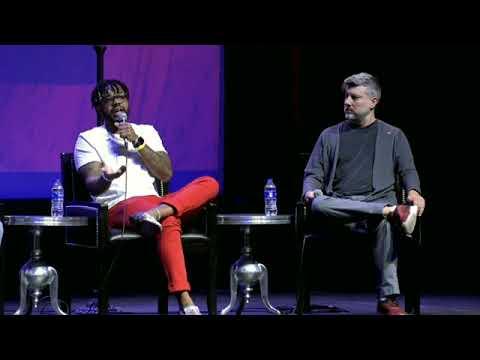 At the Better Discourse III conference, Niko House and Destiny, along with Peter Coffin and Ariel Scarcella, get into a heated discussion during the censorsh...

An FDA advisory panel claims that it is now safe for children between the ages of 5-11 to take the jab. The FDA advisors claim that the potential benefits to...

Kim Iversen of The Hill Rising Talks All Things COVID, Her Experience On MSM, & More! | Niko & MCSC Network on Rokfin

At 5 eastern, Kim Iversen of The Hill Rising Talks All Things COVID, Her Experience On MSM, & More! 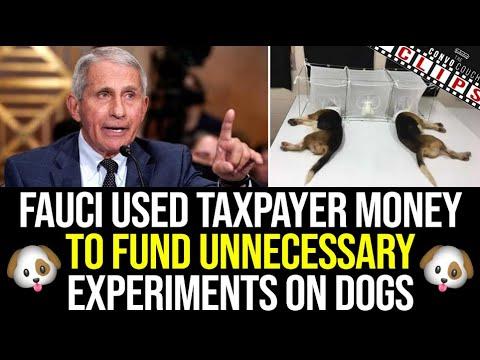 DISCLAIMER: The views shared in this video regarding COVID vaccines may conflict with health authorities. All opinions expressed represent those of the speak...

Joel Embiid lays down the gauntlet and calls Ben Simmons behavior "insulting" to the other players on the 76ers. Andrew Wiggins denied medical exemption. Orl...

It's official, Youtube plans on banning ALL content that it deems to be "anti-vaxxer". Even if the information being covered is first hand experience, verifi...

Does American exceptionalism have a place in history class? | Niko House

Does American exceptionalism have a place in history class? | Niko House

In 2020, I predicted that there would be a play on the field in the first couple of years of this administration to make Kamala Harris President. And, as usu...

Today we welcome on guests from across the political spectrum to discuss in depth dozens of reasons to oppose war. Twitter: @EndTheDamnWarsWebsite: Endthedam...

When Did Police Accountability Become a Partisan Issue?

When Did Police Accountability Become a Partisan Issue? 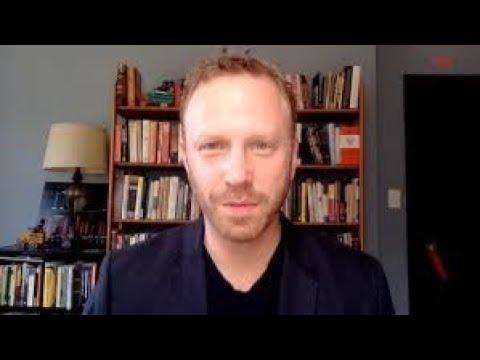 BREAKING: Joe Biden Admits He'll He Intends To Send Troops Back To Afghanistan

BREAKING: Joe Biden Admits He'll He Intends To Send Troops Back To Afghanistan

Joe Biden admits that there's a major possibility that he sends the United States military back to Afghanistan in his recent address to the nation following ...

R.I.P to the establishment. After 5 years of trying to censor and smear us, we now have over 200 million people who will hear the truth. We’ll be announcing the new TV show & other groundbreaking projects we’ll be working on soon.

I just want to thank everyone who’s been with me from the beginning. Through it all, you stuck around. And you made this happen by never giving up on the truth while constantly advocating for those who fight for it. Thank you. Now let’s go change the world together. ✊🏾✊🏾

For premium content from Niko and other great Rokfin creators, press the red 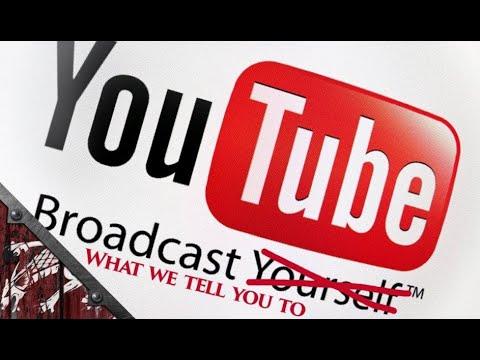 Youtube Is Robbing Us Blind While Refusing To Re-Monetize Us Without Justification.

Youtube Is Robbing Us Blind While Refusing To Re-Monetize Us Without Justification.

The best ways to make sure you get all of our content and can support the show are listed below! The those using patreon, the link is in the link tree link a... 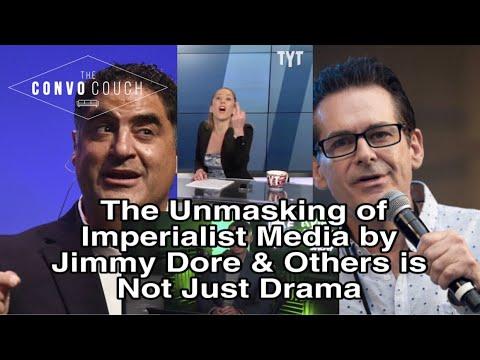 The Unmasking of Imperialist Media by Jimmy Dore & Others is Not Just Drama----https://streamlabs.com/theconvocouch/tipto have your chat show up ON SCREEN!Pa...

In the first 100 days of his presidency, Joe Biden has a chance to mend the divide that has escalated into full hostility between the U.S. government and the foundations of our democracy -- free speech and a free press. It is time to uphold our democratic ideals and demand that our government respec... 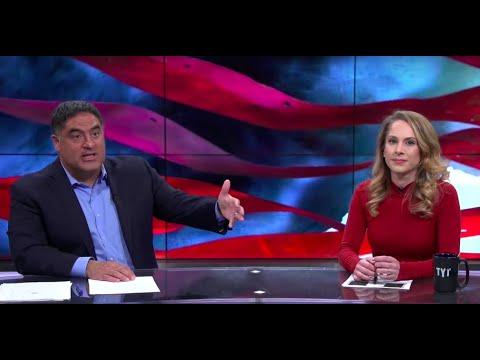 Join Niko's Locals Channel For Free:https://nikohouse.locals.com/loginSubscribe To Niko On Rokfin:https://rokfin.com/niko?affiliate_id=15687Subcribe To MCSC'...

Join Niko's Locals Channel For Free:https://nikohouse.locals.com/loginSubscribe To Niko On Rokfin:https://rokfin.com/niko?affiliate_id=15687Subcribe To MCSC'...

Be the first to know and let us send you an email when MCSC Network posts news and promotions. Your email address will not be used for any other purpose, and you can unsubscribe at any time. 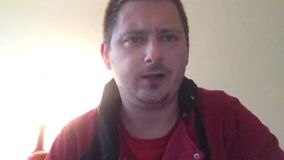 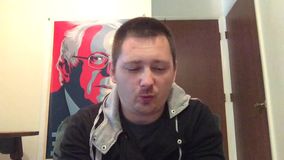 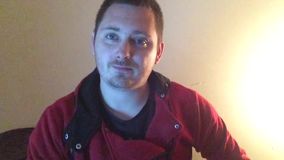 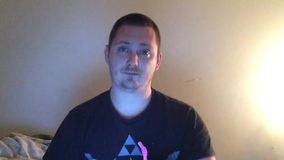 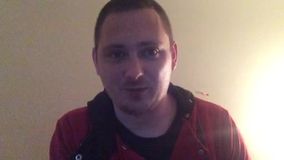 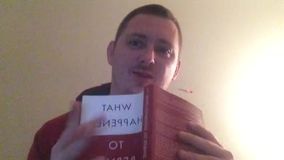 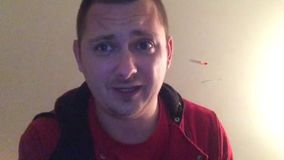 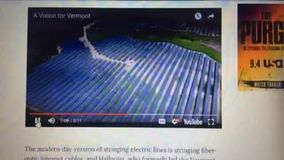 #Rigged: Jesse Ventura wins against all odds in 2000

Going down THIS Saturday: End The Dmn Wars is hosting a 12 hour antiwar livestream on the MCSC Network! From 12pm to 12am voices from around the country will be sharing their opposition to war. Follow End the Damn Wars and MCSC Network for more details.
A really courageous Kansas City woman passed away last week ... Janice Matthews ... perhaps the most courageous human being I have ever met. She stood up against the most powerful institutions and machines in the world ... with a fragile peace sign. Like me, she was threatened for her work ... but she stood undaunted ... you will never read about her in history books ... but, the universe knows what she did ... what she sacrificed ... and how it changed the world ... Heaven will celebrate her ... I just sent this below message to Janice's kids ... I just heard about your mother, Janice, passing away. I wanted to tell you about how I met your mother, it was a profound moment in my life. I had been working alone since September 11, 2001, organizing a worldwide campaign to demand a NEW 9/11 investigation ... after spending months connecting with a US Consulate officer named Michael Springmann, who said the CIA had FORCED the US Consulate office to let "known terrorists" into the United States. I had been collecting email addresses of 9/11 truth activists, and urging them to contact the United Nations and Media worldwide, and government, etc., and had gotten the UN flooded with demands for a 9/11 investigation. Then, I began receiving threats at my home ... it was terrifying. So, I went to the local peace and justice meetings I had been attending as part of my anti-Iraq War efforts. I told the group what I had been doing, and none of them responded. I didn't want to be alone anymore ... and appealed to them ... I said I have been getting threats. The moment I said threats, EVERYONE in that room started grabbing their coats or checking their watches and saying, "Oh, time to go. Meetings over." And they all walked out, quickly ... ... except for ONE person ... your mother, Janice Matthews, one of the most courageous human beings I have, or will ever meet in my life. She not only stayed to hear my story ... she dedicated herself to this movement for truth, justice, and peace ... and eventually became THE head of the movement. Your mother changed the world in ways that you may never fully comprehend. She awakened millions of people, as her efforts echoed out. She may have prevented future wars. I feel so proud to have known such a person as Janice Matthews ... and to have stood with her, for what was ... not convenient, or safe ... but, for what was right. I truly believe Janice was given a ticker-tape parade when she went to the other realms, and God knows she deserved it. God bless you, and your mother. Bill Douglas, co-founder of 911truth.org
Thursday’s top 5 headlines & videos in the 11/19 AM IndependentLeft.news. Tap/Click the link to see them! Top Headlines: * 🌽 On War, Trump Has Largely Been an Appeaser - Consortiumnews.com * 🌽 Enbridge Line 3 Construction Blocked by Activists in Northern Minnesota - Unicorn Riot * 🌽 A Partial Afghanistan Troop Withdrawal Prompts Predictable Political Backlash - Reason Magazine * 🌽 Australian special forces involved in murder of 39 Afghan civilians, war crimes report alleges - The Guardian * 🌽 The Boeing 737 MAX Is Cleared to Fly. Families of People Who Died on the Planes Wait for Answers. - ProPublica Top Videos: * 🌽 TRUMP Listens To The Jimmy Dore Show? * 🌽 Big Pharma COVID "Vaccines" Are For SYMPTOMS Not The VIRUS - Kim Iversen * 🌽 Afghanistan War Exposed: An Imperial Conspiracy - Abby Martin, The Empire Files * 🌽 BREAKING: Georgia Election Recount Finds Thousands of Uncounted Votes - Niko D. House, MCSC Network * 🌽 Truth Behind Biden Not Wanting To Investigate Trump - Graham Elwood If you want to help support our work & are able, you can contribute as little as $3/mo to our Patreon. You can also follow us on FB, Twitter & IG. Find all our links at http://independentleft.media/. Connect with even more like minded people by joining our Discord & our FB Fans of IndependentLeft.News group. Where can you like, follow & support #IndependentLeftNews? * 🌽 LinkTree: http://independentleft.media * 🌽 Newsletter: https://independentleft.news/ * 🌽 Patreon: https://www.patreon.com/IndLeftNews/ * 🌽 Discord: http://independentleft.gg/ * 🌽 page: https://www.facebook.com/indleftnews/ * 🌽 Facebook Group: https://www.facebook.com/groups/indleftnewsFans * 🌽 Twitter: https://twitter.com/IndLeftNews * 🌽 Twitter2: https://twitter.com/IndLeftgg * 🌽 Instagram: https://www.instagram.com/indleftnews * 🌽 YouTube: https://www.youtube.com/channel/UC2cnTCrPubr8ApnghssVVcQ * 🌽 Twitch: https://www.twitch.tv/IndLeftNews * 🌽 Periscope: https://www.pscp.tv/IndLeftNews https://independentleft.news/?edition_id=4af7ebb0-2a64-11eb-a6b9-002590a5ba2d&utm_source=facebook&utm_medium=social&utm_campaign=todays-new-edition&utm_content=ILN-FB-page-early-ed-11-19
What happened to Niko House ? He has been invisible for 3 days now. I hope he is in good health and shows his face soon we need his views and analysis for the upcoming SC primary and Super Tuesday.
Anyone else experiencing issues
Tulsi Gabbard Explains Her Medicare Choice/Single Payer Plus Plan...Detailed Plan Coming Soon
Thought Sofia and the MCSC crew might like to see this.