Photographs and Videos of FDNY units responding to and onscene of fires and other emergencies. Picture edits. Outdoor photos. FDNY Squad 270 responding to a water rescue at Forest Park. 2 children fell through the ice and a third rescued them using a ladder from the park.

Rescue Company 4 hauling to Far Rockaway to 2nd alarm box 1172. Member fell into the basement and had to be pulled out Had a great time last night

Be the first to know and let us send you an email when Wegner Photography posts news and promotions. Your email address will not be used for any other purpose, and you can unsubscribe at any time. 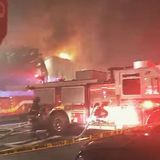 A FDNY Firefighter is in critical condition after falling from the roof of a 6 story MD while battling a 2nd alarm fire on Putnam Ave in RidgewoodQueens, New York 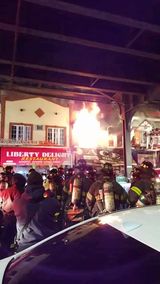 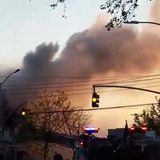 Fire was in two PD`s next to the 102nd precinct

264 Crescent Street - between Atlantic and Fulton Fire in the basement of a 2 story 20x50 PD.

Queens 10-60 Box 9504. Bus into a building. Extensive damage to both the bus and building. 6 injuries