Based at the Fordham University's Lincoln Center campus in Manhattan, The Observer's circulation also reaches Fordham's Rose Hill campus in the Bronx, making it available to over 14,000 students in the University's undergraduate colleges and graduate schools.

Based at the Fordham University's Lincoln Center campus in Manhattan, The Observer's circulation also reaches Fordham's Rose Hill campus in the Bronx, making it available to over 14,000 students in the University's undergraduate colleges and graduate schools.

‘My Mom, Your Dad’ and My Entertainment

‘My Mom, Your Dad’ and my entertainment. HBO Max’s new show puts a spin on the traditional expectations of reality dating television.

HBO Max took an unanticipated approach to the concept of dating shows by having college students nominate their parents to search for love.

From Opinions: "Give girls boxing gloves. Free self-defense classes could save lives and should be offered at Fordham."

Fordham should offer defense classes to live up to its mission statement and help students have the tools necessary to live a safe life.

Balancing Act: A Look Into Fordham Dancers’ Well-Being Amid Pandemic

Balancing act: A look Into Fordham dancers’ well-being amid the pandemic.
Coordination between Fordham and Ailey is precipitating mental health and academic issues among dance majors.

Dancers participating in the Fordham and Ailey School joint dance program are facing issues with health and academics amid the pandemic.

Big Fun: ‘Heathers’ in London. This off-West End revival of the ‘Heathers’ musical does the beloved show justice.

By considering “Heathers’” buoyant music as a contrast to its bleak material, there is a message about how we treat those dark topics as a culture.

Fordham Women’s Basketball Handles George Mason in Second Round of A10 Tournament, 66-50

Fordham Women’s Basketball handles George Mason in second round of A10 Tournament, 66-50. The Rams began their postseason strong, overwhelmed Patriots to advance to third round.

Fordham women’s basketball advanced to the third round of the A10 Tournament in a 66-50 victory over George Mason. The team faces UMass next.

Broadway is back, and the off-Broadway Atlantic Theater Company is following right behind it with two brand-new plays, “Shhhh” and “English.”

Is it the Kardashians, or Do You Hate Women?

From Opinions: "Is it the Kardashians, or Do You Hate Women? The majority of criticism toward America’s most famous family is often unnecessary and rooted in misogyny."

Even one of America’s most powerful families is vulnerable to misogyny, and hurling unnecessary insults toward them perpetuates casual sexism.

Planet Fitness Is a Good Gym

From Opinions: "Planet Fitness is a good gym. Working out should be made accessible to everyone; it’s time to stop the Planet Fitness slander."

As a frequent customer and avid fan of my local Planet Fitness, I’m here to defend this accessible gym: It’s time for the slander to stop.

A Look Into Our Defense Mechanism

A Look Into Our Defense Mechanism: The human immune system and its biological processes are integral in protecting us from pathogens.

The human body cleverly uses various different cells to protect us from pathogens, ranging from the common cold to COVID-19.

Commuters find spaces on campus. Locations at Lincoln Center are designated to give commuters a sense of connectedness to the university.

Common spaces for commuter students include the Garden Lounge, Ram Cafe, the Student Lounge, and the 3rd-floor lounge.

Allie Stofer, FCLC ’23, is a news editor at The Observer. She is majoring in political science and minoring in history. When she isn’t writing, she can be found trying to win lottery tickets to Broadway shows, doing improv with Stove’s Cabin Crew or baking too much bread.

Explore the basement food court of the New World Mall in Flushing. The vast food court is one of Flushing’s most well-known dining locations.

For Juliana Castello, Fordham College at Lincoln Center ’24, the king-sized bed in her LaGuardia Plaza Hotel room was a comfortable place to complete her finals while in isolation last semester. She said it repeatedly, careful not to complain; the bed was comfortable, the staff was kind and the food was acceptable. There were worse places to isolate while recovering from COVID-19, and it was all free of charge.

Take a break with today's crossword!

Grace Getman, FCLC ’22, is the managing editor for The Observer. A dual urban studies and environmental studies major, she likes trees, buildings and trees on the top of buildings (jury’s out on buildings on top of trees). Previously, she worked as an editor in the Social Media and Opinions sect...

The nationwide organization Women’s Network helps to prepare female students to connect with each other and improve hard skills.

Giving day is here! At Fordham University Lincoln Center, The Observer strives to tell these stories in ways that truly matter to our Fordham community — every day, every article, every post, every video, every podcast and every issue.

Our student journalists are not paid and do not receive academic credit for all their work. They do it because they love what they do and care about the community they serve. As we enter the year 2022, we boast a 50+ member editorial board, 80+ contributing members and are continually expanding. We bring ongoing coverage of Fordham’s COVID-19 response, live Tweets of year-round sporting events and highly anticipated daily mini crosswords, while still maintaining a biweekly print issue that covers both of Fordham’s undergraduate campuses as well as the surrounding neighborhoods in which they reside.

Finally, of course, your donations will also allow us to print more outstanding editions of The Observer, with additional color pages and the same in-depth journalism that is the foundation of all we do.

If you are able to support our mission, thank you — from the bottom of our hearts — for investing in the future of journalism.

Join me and make a gift this #FordhamGivingDay!

The Fordham women’s basketball team succeeded in punching its ticket to the 6th seed in the A10 championship, in a win over Davidson.

In a student press conference with both The Observer and The Fordham Ram on Feb. 23, President-elect Tania Tetlow discussed the transition between presidencies, her status as the first laywoman president at Fordham and her priorities once she assumes office. She also talked about bringing Fordham’s “First Family” to campus and how they will interact with students.

Fordham’s President-elect Tania Tetlow speaks to the Fordham student press about her history with Fordham and her goals for the university.

The expo aimed to provide a safe space for healthy conversation about the ways natural hair can be a source of empowerment for the Black community.

Women in Music: Billie Eilish. With dedicated audience interaction, stunning concert visuals and powerful live vocals, there’s no doubt that Billie Eilish has made her audience happier than ever.

Eilish announced a stop on her “Happier Than Ever” tour for Feb. 15 at the UBS Arena in Belmont Park, NY, which opened recently on Nov. 20.

Fears Over Rising MTA Crime Rate: Transit crime has been on the rise in New York City, leaving some New Yorkers wary of traveling on the subway.

Can We Please Talk About ‘The Legend of Vox Machina’?

Can We Please Talk About ‘The Legend of Vox Machina’?The adult animated series, based on the popular ‘Dungeons & Dragons’ web series ‘Critical Role,’ is revolutionary.

“The Legend of Vox Machina” captures the magic of Dungeons & Dragons and reinvents the way creators approach story development.

On 3/3/2022, check out our mini-crossword with a cameo appearance of the 33rd President, announced in 2022, of @FordhamUniversity.

Lunar New Year Parade 2022: This year’s Lunar New Year parade featured a plethora of floats, puppets and performers, dazzling the audience in celebration of the Year of the Tiger.

Breaking the Fashion Cycle of Exclusivity

Breaking the Fashion Cycle of Exclusivity: Fordham students offer their perspectives on one of the largest industries in the world.

When people yearn for inclusion in fashion, an industry with a runway of unreality dividing it, how do you conquer the catwalk in couture?

A Letter to Those Who Don’t Write Them

Writing a letter is more than just pen on paper; it can be the strokes spilling the most piping hot tea or declaring one’s love. Though not nearly as popular as before, letters can be written for a good cause.

Why should you send a hand-written letter? It can help you reflect and slow down, plus, you can support the USPS with your message!

The year 2021 was a return to a typical movie year: The box office was dominated by Marvel movies like “Spider-Man: No Way Home” and “Shang-Chi and the Legend of the Ten Rings” and the sci-fi epic “Dune,” while period pieces like “The Power of the Dog,” “Licorice Pizza,” and “Belfast” dominated the awards circuit.

It is through the surprises every year that we join together and ride the rollercoaster of emotions that are the Oscar nominations.

The Fordham women’s basketball team lost their fourth game in a row, this against Richmond, and have fallen to fifth in the A10 standings.

Where Dreams Are Made Of: Clothing and Couture in the Concrete Jungle

If both city locals and non-natives were to agree on one thing, it would be that New York and fashion are inextricably linked. Culture is happening wherever you look. And from Feb. 11 to Feb. 16, New York City’s status as the “Top Global Fashion Capital of the Decade” is only further cemented as New York Fashion Week commences in full swing.

The concrete jungle’s reputation as a designer dreamland would be the stuff of legend — but can the city’s style be felt by students?

‘Marry Me’: Jennifer Lopez and Owen Wilson Revive the Rom-Com Formula.
The romantic comedy employs all the conventions of the genre and provides for a pleasant, enjoyable and lighthearted viewing experience.

“Marry Me” inspires the audience to follow their romantic pursuits and deeply connect with those around them.

This year’s Lunar New Year parade featured a plethora of floats, puppets and performers, dazzling the audience in celebration of the Year of the Tiger.

Fordham Women’s Basketball Outplayed by the University of Dayton

Fordham Women’s Basketball outplayed by the University of Dayton.
The Rams could not pull off the double-digit comeback versus the Flyers.

The Fordham women’s basketball team showed great effort in the final minutes to close the lead, but they could not pull off the comeback.

‘The Book of Boba Fett’ Is a Tale of Redemption

When “The Book of Boba Fett” was originally announced, I was ecstatic for all of the possibilities that the direction of this show would go.

Giovana Xavier and Yuko Miki discuss Blackness in Brazil, the nuances of Black beauty, and the creative processes of Black artists.

The Observer is published on alternate Thursdays during the academic year, when classes are in session.


The Observer is distributed free of charge at Fordham University's Lincoln Center campus in Manhattan and Rose Hill campus in the Bronx.

Be the first to know and let us send you an email when The Fordham Observer posts news and promotions. Your email address will not be used for any other purpose, and you can unsubscribe at any time.

Send a message to The Fordham Observer: 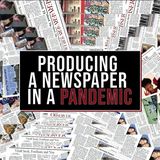 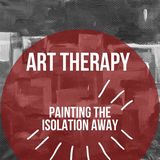 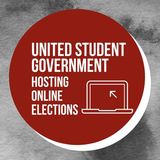 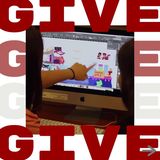 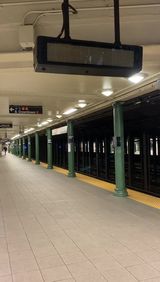 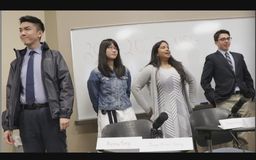 Listen to what Fordham Lincoln Center's incoming freshman class has to say about their experiences at orientation and what they're most excited for this upcoming school year! 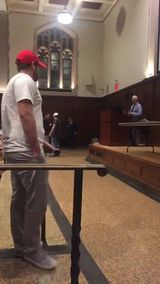