In the past 8 years, 4th Row Films theatrically released 9 feature documentary films - many of which can now be seen on iTunes and Netflix. Our latest film DRUNK STONED BRILLIANT DEAD, tells the story of the history of the National Lampoon, and opened in theaters in Fall 2015.

In the past 8 years, 4th Row Films theatrically released 9 feature documentary films - many of which can now be seen on iTunes and Netflix. Our latest film DRUNK STONED BRILLIANT DEAD, tells the story of the history of the National Lampoon, and opened in theaters in Fall 2015.

Our film PROCESSION was nominated for a Peabody Award and we are immensely proud!

“A total of 60 nominees were revealed as “an array of stories that poignantly and powerfully help us make sense of the challenges we face as a nation and world,” according to Jeffrey Jones, Peabody Awards executive director.”

Congratulations to our amazing team!

Check out the link below to see the rest of the nominees:

Thank you Vanity Fair and Cassie Da Costa for the feature. This group of men created a community of support and their courage is inspiring global recognition. Check out the full article on the link in our bio!

“It’s that vulnerability, experienced among a group of adult men, that makes the film work both on the level of the specific abuses it recounts and on a societal level. The experience of trauma, as it turns out, is nearly universal—but it’s rare to see a group of men openly confronting their darkest, most repressed experiences. In Procession, they hug one another, allow one another to cry. To this day, they’re there to answer one another’s calls, whether for emotional or practical help.” - Vanity Fair

The Netflix film, shortlisted for the best-documentary Oscar, is a collaboration between filmmaker Robert Greene and six men who were sexually abused by Catholic priests as children.

“Excited to share this deleted scene from PROCESSION, made out of a moment that was crucial to our overall journey. In April 2019, just a month into filming, Ed - one of the six men we were
beginning to work with - had an idea to go back to Cheyenne, WY where he'd been abused by a Bishop named Joseph Hart.
We would never have had the idea ourselves to to go back to places of abuse - frankly, we didn't have the courage. But Ed did, and what he accomplished in
Wyoming inspired the other guys to try to "take the power back" as Dan says in the film.

This scene takes place after we went to the cathedral, which you see in the film. This is on Easter
Sunday of all days. Ed couldn't have imagined finding this spot in Vedauwoo, WY, but it was burned into his soul. Now that the film is out, we're continuing to fight for justice in Cheyenne for Ed and the other survivors of Hart. We want arrests.”

We're proud to share this scene - Ed's trip to the rock with Michael, the first trip like this that we took.

PROCESSION is now on @netflix !

“Procession,” Reviewed: An Astonishing Collaboration with Victims of Sexual Abuse

Thank you to The New Yorker and Richard Brody for the wonderful feature! Check out the full article!

“As Phinney explains, the clinical purpose of dramatizing trauma is “putting it out into the world” in order to “take it back in through the logical and reasonable part of our brains.” For Greene, the cinema, with its power of montage—its blend of drama and documentary, of staging and behind-the-scenes planning—offers a way to break the silence and foster cathartic bursts of self-recognition and self-recovery. To do so, he calls attention to the very question of cinematic authorship.“ — The New Yorker

Have you seen PROCESSION on Netflix yet?

In his new film, Robert Greene works with six men who were abused by priests as children to re-create their experiences, even at the very sites where the traumas occurred.

Our audience at the Metrograph stood up for the survivors in PROCESSION after an emotional showing. Thank you for watching and loving our film! 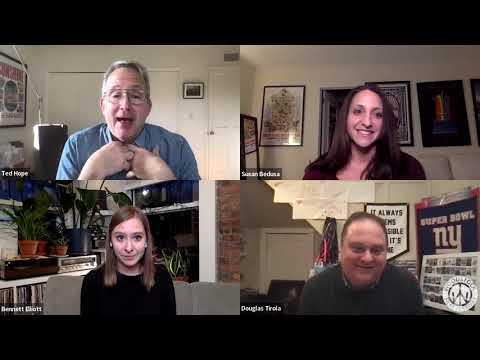 PROCESSION: Conversation with the Filmmakers, Hosted by Ted Hope

We’re so happy to have been able to share this moment with the great Ted Hope and talk about PROCESSION and the process behind it!

The talented Rory Kennedy interviewed director Robert Greene about PROCESSION. Check out this interview about the film and the power of documentary filmmaking!

Our team is so proud to stand by these exceptional men as they make their voices heard. Watch PROCESSION on Netflix !

We are so happy to see the great Steve James and wonderful director Robert Greene talk about our film and the filmmaking process. Thank you Film Independent !

Thank you to CBS News for amplifying this vital conversation–it’s time for change, and we are so grateful to be a part of that.
Watch the interview below, and stream PROCESSION on Netflix

We are so honored that PROCESSION has received this incredible recognition!

To every single person that has watched, worked on, or supported this film, thank you. It means the world to be able to share such a powerful story. So excited for what’s to come!

We are incredibly proud that PROCESSION is on the Oscars short list!

Thank you to everyone who has watched the film so far and congratulations to the entire PROCESSION team.

Congratulations to the entire PROCESSION team!

PROCESSION director Robert Green recently sat down with executive producer Davis Guggenheim to talk about the success of PROCESSION and its recent release on the Academy Screening Room.

We are so proud of Robert and the whole procession team!

You can watch the full interview with the link in our bio!

#repost “And the feature film winners are as follows:

THANK YOU to the team at the Key West International Film Festival for this honor, we had a blast and cannot wait to be back at this incredible festival!

We are thrilled to see PROCESSION in The Korea Daily this past month!

“People focus only on the visible problem. ‘Procession’ is a film made by recognizing other people's problems as their own and sharing the healing process with the community.” (Korea Daily)

Check out the rest of article and watch PROCESSION on Netflix now!

We are so honored to announce that BERNSTEIN’S WALL will be playing at the Key West Film Festival TODAY at 5:45! Join director Douglas Tirola following the screening for a live Q&A!

Thank you to the entire Key West Film Festival team for making this happen! We are so excited to share this story with everyone at the festival!

Congratulations to the entire BERNSTEIN’S WALL team on this achievement!

We are so excited to announce that PROCESSION premieres today on @Netflix!

Special thank you to Michael Sandridge, Tom Viviano, Mike Foreman, Joe Eldred, Ed Gavagan, and Dan Laurine for sharing your story with us and now with now the world!

Huge congratulations to everyone on the BERNSTEIN’S WALL team!!

Huge congratulations to everyone on the BERNSTEIN’S WALL team!!

We cannot wait for the world to see this critically acclaimed documentary on November 19th on Netflix!

Go to the link in our bio to watch the PROCESSION trailer now!

Massive thank you to the team at AFI Fest for choosing BERNSTEIN’S WALL to play at the festival on November 12th! We are delighted and honored to be able to share this story with everyone in attendance at an incredible festival!

Join director Doug Tirola following the screening for a Q&A!

Congratulations to the BERNSTEIN’S WALL team!!

THANK YOU to the San Diego International Film Festival for the honor of the Artistic Director’s Award for BERNSTEIN’S WALL! We were so proud to be able to share this story with everyone at the festival and can’t wait to be back!

Congratulations to everyone on the BERNSTEIN’S WALL team!

Huge thank you to the Naples International Film Festival for being incredible hosts, we had a great time and can’t wait to be back!

Thank you to everyone who came out to watch BERNSTEIN’S WALL!

Be the first to know and let us send you an email when 4th Row Films posts news and promotions. Your email address will not be used for any other purpose, and you can unsubscribe at any time.