Addressed to specialists and fans alike, JJS provides a forum for the ever-expanding range and depth of jazz scholarship, from technical analyses to oral history to bibliography to cultural interpretation. The editors of JJS are Edward Berger, Henry Martin, and Dan Morgenstern; the managing editor is Jeffery S. McMillan and the associate editor is Dan Faulk.

Was Bix's death caused by alcohol tainted by the federal government?

More than 80 years after Leon "Bix" Biederbecke died at the age of 28, a theory about the cornetist's controversial end argues Bix was the tragic victim of an anti-liquor

Save the date: another great Research Roundtable is coming up on Wednesday at the Institute of Jazz Studies, April 20 "One Step Beyond: Grachan Moncur III and Newark’s Jazz Culture." Free and open to the public, the lecture begins at 7:00 p.m.

John Chilton, the Grammy-winning jazz writer who was also George Melly's musical partner for nearly four decades, died on 25 February, aged 83, following a brief illness. Melly was one of Britain's greatest jazz stars and Chilton and his band, The Feetwarmers, were the resident Christmas act at Ronn…

Have you read Matthias Heyman's article in the current issue of JJS? It uses photos of Jimmie Blanton to analyze the timbre and tone production achieved by Duke Ellington's legendary bassist. http://jjs.libraries.rutgers.edu/index.php/jjs

The Archives of the Journal of Jazz Studies are available to browse and download. Have a look inside! http://jjs.libraries.rutgers.edu/index.php/jjs/issue/archive 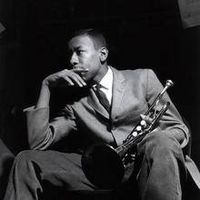 The 2015 American Musicological Society Conference opens in Louisville tomorrow. Post here about any jazz sessions you like. http://www.ams-net.org/louisville/

Have you read Marian Jago's article about saxophonist Ted Brown in the newest issue of JJS yet? Don't miss it! http://jjs.libraries.rutgers.edu/index.php/jjs

Johnny Hartman was born on this day in 1923. Read Mark Burford's review of Gregg Akkerman's 2012 biography, "The Last Balladeer: The Johnny Hartman Story" in issue 10.1:
http://jjs.libraries.rutgers.edu/index.php/jjs/issue/view/7

Have you seen issue JJS 10.2? It's a good issue. Take a look http://jjs.libraries.rutgers.edu/index.php/jjs 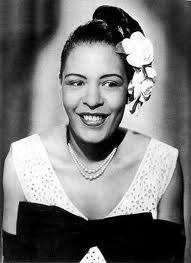 Mark your calendars now! Research Roundtable at Institute of Jazz Studies next week on March 18: John Petrucelli on Wayne Shorter.

March 18, 2015: John Petrucelli: Gesture and Interpretation in Wayne Shorter’s Quartet
In 2000, Wayne Shorter formed a new acoustic quartet featuring Brian Blade on drums, Danilo Perez on piano, and John Patitucci on bass. The group explores a wide range of Shorter’s compositions from the 1950s through the present day. Yet, the group’s interpretations of this familiar material often deviate highly from expectations, reflecting a de-emphasis of formal and harmonic components that typically constitute elements that anchor and dictate the performances and interpretations by jazz musicians.

Instead, Mr. Petrucelli proposes that motivic and rhythmic elements are used as gestures that allow the musicians to spontaneously generate a musical narrative while retaining a dialectical type of group cohesion. During the course of his presentation he will frame the discussion through the prism of individual song analysis. He will demonstrate “canonical” interpretations of songs such as “Masqualero,” “Footprints,” “Sanctuary,” and “Orbits” tracing their contextual changes through repeated performances and linking this back to an impulse toward free jazz as articulated by Shorter’s stylistic growth in other recordings of his career.

The concept of motivic improvising can be re-contextualized as gesture with the ability to relate and change expressive content. In other words, the same gesture can be performed in several ways and reflect multiple meanings that can trigger new spontaneous formal elements within a single performance; this represents a supplanting of the previous chiasmus within form. Finally and most importantly is the observation that the perception of gesture is multimodal: it can include and encompass the viewpoint and artistic intent of the performers who use them as well as be conceived as a multi-modal stimulus by spectators.

Recently shared on Mosaic Records's Jazz Gazette, this feature about the recording of "Duke Ellington Live at Fargo" is fascinating. Annie Kuebler's liner notes to the album were republished in JJS 8.2:

In 1940, a couple of amateur engineers recorded the Ellington orchestra -- some say his best band ever -- in Fargo, N.D. One of them, Jack Towers, died in late 2010 -- but not before turning his homemade acetates into a Grammy-winning recording.

Pioneers of Jazz: The Story of the Creole Band

Pioneering jazz researcher, Lawrence Gushee died on January 6. He was 83 years old. His "Pioneers of Jazz" about the Creole Band is a classic. R.I.P. http://www.amazon.com/Pioneers-Jazz-Story-Creole-Band/dp/0199732337

Thanks to the pioneering tours of the Creole Band, jazz began to be heard nationwide on the vaudeville stages of America from 1914 to 1918. This seven-piece band toured the country, exporting for the first time the authentic jazz strains that had developed in New Orleans at the start of the 20th ...

50 years ago, the John Coltrane quartet recorded "A Love Supreme," a jazz masterwork recognized as one of the greatest albums in history. Cornel West, Archie Shepp and others join to discuss the album's lasting musical, cultural and spiritual impact. 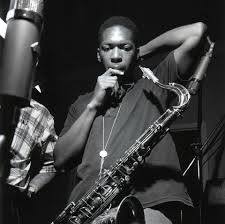 Jazz Times reported the recent passing of bassist and educator, Chris White. The former first Director of the Institute of Jazz Studies and faculty member at Bloomfield College will be missed. http://jazztimes.com/sections/news/articles/148920-bassist-and-educator-chris-white-dies-at-78

On Wednesday, December 10 , 2014 the Institute of Jazz Studies will present a Research Roundtable entitled: "I Been to Hear the Highest Kind of Opera Grand": Blues, "Good Music," and the Performance of Race on Record, 1920-1921 by Elizabeth Surles.

In the early twentieth century, record companies frequently used the designation "good music" as a catch-all category to describe serious art music selections, and the commercial and cultural value afforded to "good music" becomes audible on early vocal blues records made between 1920 and 1921 by performers including Mamie Smith, Lucille Hegamin, Mary Stafford, Lillyn Brown, Daisy Martin, Kate Crippen, and Ethel Waters. This presentation explores the stylistic melange on the earliest records by African American female blues vocalists in an attempt to understand better the dynamics of performative racial identity and musical expression at the start of an important era, when African Americans entered the music industry with increasing frequency.

Elizabeth Surles started as Archivist at the Institute of Jazz Studies at Rutgers University-Newark in January 2014 . Prior to joining the Institute, she was Digitization Archivist and then Library Director at the American Alpine Club Library in Golden, Colorado. She formerly worked as a Graduate Assistant at the Sousa Archives and Office of Collections at the University of Illinois, where she earned master's degrees in musicology and library and information science and a certificate in special collections. Before her time in Illinois, Elizabeth served as the Starr-Gennett Foundation's Project Coordinator in Richmond, Indiana, where she worked to promote the history of Gennett Records.

The Research Roundtable runs from 7 to 9 PM in the Dana Room of John Cotton Dana Library, 4th floor, Rutgers University-Newark. FREE AND OPEN TO THE PUBLIC. For directions: http://www.newark.rutgers.edu/maps/

On Wednesday, November 12, 2014 the Institute of Jazz Studies will present a Research Roundtable entitled: The Life and Music of Trumpeter Kenny Dorham by Jeremiah J. Briley. It runs from 7 to 9 PM in the Dana Room of John Cotton Dana Library, 4th floor, Rutgers University-Newark. FREE AND OPEN TO THE PUBLIC.

Have you read our Summer 2014 issue yet? Great NEW jazz research by emerging and established scholars. http://jjs.libraries.rutgers.edu/index.php/jjs

Author Barbara Kukla GSNB’84, author of America's Music: Jazz in Newark, will discuss her most recent book and the relationship of jazz to the history of Newark. Enjoy a live jazz performance by the Leo Johnson quartet. Copies of Ms. Kukla’s book will be available for purchase.

The editors of JJS would like to thank Dan Faulk for his hard work and dedication to the journal. We are happy to welcome him aboard as Editor. Congratulations, Dan!! Have a look at the great team that makes it happen: http://jjs.libraries.rutgers.edu/jjs-editorialteam.html

JJS issue 10.1 is now live! Articles on the reception of Savoy Records chief Herman Lubinsky, the Jazz Door at the Indiana Roof Ballroom during the 1933-34 season, and a review essay by Duke Ellington's nephew Stephen James.

New issue of Journal of Jazz Studies will be published on Tuesday, September 2. To include reviews of recent biographies of Ellington, Hartman, Parker, and Armstrong.

This blog, on the bebop playing of pianist George Shearing, is the latest in our regular series of blogs, "You Don't Know Jazz! With Dr. Lewis Porter." To read previous installments, click on the links below.

Be the first to know and let us send you an email when Journal of Jazz Studies posts news and promotions. Your email address will not be used for any other purpose, and you can unsubscribe at any time.

Other Media/News Companies in Newark

From the Isle of Music, August 27-September 2 No interviews this week - this week we focus on some great moments in recorded Cuban Jazz during the past few decades that you may have missed when they first appeared. Four opportunities to listen on shortwave: 1. For Eastern Europe but audible well beyond the target area in all directions with 100Kw, Sunday 1500-1600 UTC on SpaceLine, 9400 KHz, from Kostinbrod, Bulgaria (1800-1900 MSK) 2. For the Americas and parts of Europe, Tuesday 0000-0100 UTC on WBCQ, 7490 KHz from Monticello, ME, USA (Monday 8-9PM EDT in the US) 3 & 4. For Europe and sometimes beyond, Tuesday 1900-2000 UTC and Saturday 1200-1300 UTC on Channel 292, 6070 KHz from Rohrbach, Germany. From the Isle of Music is not available for listening on demand but some broadcasts can be heard online during the time of the broadcast using Web SDRs or the WBCQ website (during their broadcast) if you are not receiving the radio signal.