Interstate 70 Sports Media, founded in 2016, covers sports all across Missouri and across the United

It's an all-new episode of Roundabout Sports:

Oh tomorrow's show will be a fun one. Jordan Winders and Josh Brooks will join me at the same time...We'll discuss Tom Brady's retirement, The Jaguars post mortem on a great season for Jacksonville, the Super Bowl matchup, and reflections on the Royal Rumble. Plus, I'll have the post mortem on the Blues first half...Tomorrow night at 7 p.m.

TONIGHT AT 7:00 CST: A BRAND NEW EPISODE OF ROUNDABOUT SPORTS!

The end of an era

How hard does it have to be to simply watch MLB?

Brooks Sherman says the have narrowed their ballpark district location down to 4-5 sites but doesn’t state any specifics.

The results speak for themselves.

Happy 68th birthday to U.S. international Sam Bick, the St. Louis-born midfielder who earned All American honors leading Quincy University to 3 NAIA titles from 1973 to 1975, then was taken by the Minnesota Kicks with the 6th overall pick in the 1976 NASL Draft and helped the club reach Soccer Bowl '76, made 60 appearances over 5 NASL seasons with Minnesota (1976-78) and the San Jose Earthquakes (1979-80), then added 8 MISL seasons with the hometown St. Louis Steamers, and was named to the 1980-81 MISL All Star team.
*1970s Soccer USA

Tommy Townsend punted 4 times Sunday. 3/4 times it was inside the 20.

The Royals have signed 2B Ryan Goins to a minor-league contract.

Episode 2 of "Issues With Wrestling with Christopher Miles" is now available for downloading!

Blame the players all you want, and some of them definitely deserve blame. But this starts up top...

The Rams won the Super Bowl by a yard.

4. Patrick Mahomes on one leg throwing to 3rd/4th string receivers.

The St. Louis native is the new play-by-play announcer for Cardinals baseball on Bally Sports Midwest.

Blues Gameday: Tonight the Blues take on the Winnepeg Jets at the MTS Centre at 7PM. There will be no pre show or "The Fourth Period" tonight.

Also we would like to extend our condolences to the family of Bobby Hull, father of legendary Blue Brett Hull, who died today at the age of 84. RIP Bobby.

RIP to Hockey Hall of Famer and legend Bobby Hull.

Kansas City returns to the Super Bowl for the third time in the last four years!


The Kansas City Chiefs are going back to the Super Bowl.  Chiefs quarterback Patrick Mahomes, on a bum right ankle, ran for a first down, and Harrison Butker kicked a 45-yard field goal with e…

Ossai with the bonehead play to put the Chiefs into field goal range!!!!

CHRIS JONES WITH THE SACK!!!!!

Every time the Chiefs are in the AFC Championship Game...

Ambush end the road trip next Satuday in Kansas City against the Comets at Cable Dahmer Arena at 6:05pm.

Next HOME stand is Feb 10th and 11th - get your tickets NOW!

The fans at "Burrowhead" are causing all kinds of trouble for the Bengals!

Josh Johnson in for Brock Purdy (elbow). If Purdy is done, so are the Niners. -James

See Kyle, that's how you challenge a play.

offensive coordinator Eric Bieniemy is in play for the Washington Commanders OC position, per John Keim.

Touchdown Eagles! Miles Sanders! After an unbelievable 4th down catch by Devonta Smith!

First up, the NFC Championship Game!

James Knox has the Bengals -Eagles

Jeremy Karp has the Chiefs-49ers

Let's see who ends up being right!

Be the first to know and let us send you an email when Interstate 70 Sports Media posts news and promotions. Your email address will not be used for any other purpose, and you can unsubscribe at any time.

It's an all-new episode of Roundabout Sports! And this week, James and Jeremy talk about: *The halfway point of the NFL season *Looking back at the World Series *What do the Blues need to do... *A look at the Chiefs and ways they can improve

This week, on Roundabout Sports, James and Jeremy delve into the wildest NFL Trade Deadline yet, where historic moves were made! And later, they'll be taking a look at what's gone wrong with the St. Louis Blues.

President Russ Brandon releases (to an extent) scheduling dates over the course of the XFL season...

It's a special Halloween edition of Roundabout Sports! James and Jeremy are all dressed up, ready to talk about the best (and worst) sports logos and jerseys all-time! That and plenty more this week on Roundabout Sports!

Four MLB teams won 100+ games this season: one ONE made it to the LCS. James and Jeremy delve into why, and why MLB teams are starting to become entitled based off their regular season performances. PLUS, we talk about the start of the '22-'23 NHL season, and answer your questions!

James and Jeremy discuss the latest controversial penalties in the NFL, and if the art of playing defense is gone.

Softball Hall of Famer Sadie Blaze is back with us tonight on Roundabout Sports, as we discuss one of the most historic baseball seasons in recent memory!

Oliver Marmol pulls Adam Wainwright, Albert Pujols & Yadier Molina off the field so they can go out… together. Emotional, to say the very least.

The Strike Zone with James Knox

Cardinals-Buccos Preview, What Does This Weekend Mean for the Cardinals?, Scary night for Tua, College and NFL big games, The Betting Window, What's Trending...

This week on Roundabout Sports: *Albert Pujols joins the 700 Club (at least, in home runs) *The NFL announces major Pro Bowl changes *The Cardinals are NL Central Champs yet again... thanks to... John Mozeliak?? All of this and much more!

Football is in full force, the Triple Crown race is on with Paul Goldschmidt and Aaron Judge, and Brett Favre continues to tarnish his legacy. All that and more, tonight on Roundabout Sports, presented by Interstate 70 Sports Media! 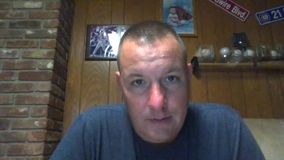 This week on Roundabout Sports, James and Jeremy keep track of history, as Adam Wainwright and Yadier Molina break the all-time record for starts by batterymates in MLB. Also, sports writer Alistair Fannell joins the show as we delve into some of the hottest topics in sports!

It's NFL season baby! Last week on Roundabout Sports, James and Jeremy previewed the NFC. This week? The AFC. AND, they'll be giving their thoughts on the playoffs. You won't want to miss it!

The Strike Zone "After Dark"

Cardinals Sweep The Cubs, Albert hits 695, A Look Ahead to The Nationals, Brewers Falter in The Desert, What's Trending

The NFL season is upon us! With the regular season mere weeks away, James and Jeremy are going team by team over the next two weeks previewing the upcoming NFL season! You won't want to miss it!!

James talks Cardinals, Pujols, Around The Horn in MLB, What's Trending, and What in the HELL is BananaBall???

It's a big week for Roundabout Sports! This week, Jeremy and James have the pleasure of welcoming Sadie Blaze, a longtime professional wrestler, sports aficionado, and a softball Hall of Famer! In fact, this interview may be too big for just one episode.... Be sure to Find us on Facebook, Twitter, YouTube, and so many more places, either under Roundabout Sports or Interstate 70 Sports Media!

Tonight, James and Jeremy are back with a new episode of Roundabout Sports presented by Interstate 70 Sports Media !!! Tonight, we'll delve into: *The Fernando Tatis Jr. suspension *Sports Gambling in America *Updates from NFL camp and preseason

This week, there's plenty to talk about, including: *A look at Harrison Bader's emotional goodbye to St. Louis *Kevin Durant: star on the court, diva off of it *The HHH era is looking great in WWE *injuries already piling up across the NFL Be sure to tune in to the show on the Roundabout Sports page, the Interstate 70 Sports Media page, on YouTube and on Twitter!!!

This week, on Roundabout Sports, James and Jeremy have the hottest takes and latest news from MLB, NFL Training Camp, WWE, and much more! 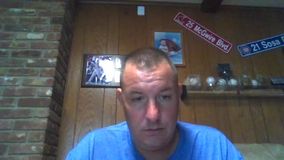 Up to the minute trade deadline news, Look ahead to Cardinals-Cubs, and What's Trending News

Other Media/News Companies in O'Fallon

People keep saying Mo Must Go. How about some reasons why Mo Must NOT Go?

The actual facts on John Mozeliak. Please excuse the image that showed up. It was random.

Ladies and Gentlemen: The starting lineup for YOUR Bedrock Cardinals. 1. Tommy Rockman, 2B. 2. Harrison Bricker, CF. 3. Tyler O'Neillstone, LF. 4. Nolan Rockenado, 3B. 5. Albert Pujolstone, 1B. 6. Corey Dickerstone, DH. 7. Dylan Coralstone, RF. 8. Andrew Knizrock, C. 9. Paul DeJadestone, SS. Jordan Hickstone pitching. Manager - Ollie Marble. Bench Coach - Skip Stonemacher. First Base Coach - Stoney Clapprock. Third Base Coach - Pop Warnrock.
Good Draft so far for the Chiefs.
The Cardinal announcers brought up an interesting fact last night. There are five teams since 1920 that have NOT lost 100+ games in a season and the Cardinals are one of them. In fact, the last time the Cardinals lost 100+ games in a season was.....1908!
Arenado 💣 2-0 Cards in the ninth!
FINALLY! The number one pick on my Top Five All-Time Cardinal Executives. When you read it, you'll see why,

Other Media/News Companies in O'Fallon (show all)