Striving to be a mostly harmless source for quality media in this crazy world of ours.

Everyone I know has been mourning today’s news. Let’s toast one to the coolest robots who defined the heartbeat of our generation. Join us this Friday!

We are proud to work with OKC-County Health Department to provide weekly updates to the ongoing COVID-19 Pandemic. Watch this week's video with Communications Coordinator Ken Johnson and Steve Petty the Executive VP of Healthcare Research with the Lynn Institute for Healthcare Research. https://vimeo.com/showcase/710991

Watch this week's episode of the Oklahoma City-County Health Department's COVID 19 Update. Ken Johnson talks with Mayor David Holt about the next phase of re-opening.

Excited to begin working with @okchealth on a regular podcast to help keep the public updated on the latest COVID-19 news. Stay Tuned we’ll have it up ASAP #covid19

Tune in now as Brian Gililland (aka Sound Man to the Tiger King) talks with Sarah Cailean about the cast of Netflix’s now infamous Tiger King!

Live [stream] from Ponyboy with Husbands brought to you by Resolution Legal Group, Attorneys #StayGoldOKC

Live from Ponyboy on Vimeo

Relive the experience and catch all the Live [stream] from Ponyboy shows right here!

Tune in as Dr. Bookman, M.D. and Secretary of Health & Mental Health Jerome Loughridge discuss the states preparation for the COVID-19 pandemic coming live from the MHM Studio at Tower Theatre

Brian and Nick explore the soothing world of ASMR in this week's Summertime Minisode.

SUMMERTIME MINISODE- Rise Up and Do Nothing!

Okie Show Show : SUMMERTIME MINISODE- Rise Up and Do Nothing!

A behind the scenes peek at our X-Men parody short film now available on youtube!

Laura Spencer (Big Bang Theory, Bones) joins us to talk about making it in acting and share some stories from the set one of hollywoods most successful sitcoms.

Be the first to know and let us send you an email when Mostly Harmless Media posts news and promotions. Your email address will not be used for any other purpose, and you can unsubscribe at any time. 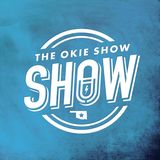 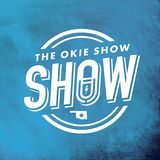 SUMMERTIME MINISODE- Rise Up and Do Nothing! 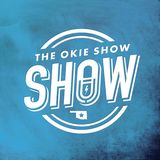 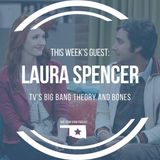 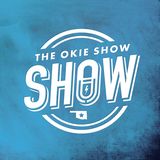 Our 1st category gets to the heart of what the #ULIOkimpact Awards is truly about = building communities worth caring about. 💚 This year, it was our honor to recognize Poles Apart & Showboat Concert Series for their outstanding community building efforts in Bricktown. Mostly Harmless Media Stephen Tyler Downtown OKC Partnership Art Afloat OKC We're thrilled to celebrate the winner, VIBES Edmond's First Thursdays for their creative placemaking & economic development efforts in City of Edmond, Government! Video by Resolute Visuals
That’s a wrap! 🎉Thanks to EVERYONE who helped pull off this year’s virtual #ULIOKimpact awards. It takes a village! Biggest of thanks to Resolute Visuals, Mel Willis-Stigge, Marek Cornett, Mostly Harmless Media. And hats off to our fearless event Chairs Ashley Sewell Terry & Christa Ryckbost 👏🏽 Finally ... thanks to all of our members who make this event so special year after year. From judges to presenters to data geeks and more .... We are so grateful. 💚 #ULIOKimpact
House hunting in downtown OKC?👀 Tune in at the link for local giveaways and a virtual tour of an AMAZING Block 42 condo! Stream: http://mostlyharmless.media/verbode 12/13 | T O D A Y at 2PM CST Hosted by Urban Living OKC at Verbode Special guests & thanks: Plenty Mercantile Brittney Matlock Chef Andrew Lloyd Black Grey Sweater Black Walnut Day Date Inc Indira Cannon Mostly Harmless Media Upstream Productions Tower Theatre OKC Futurehaus GIVEAWAYS: Grey Sweater: $200 Plenty Mercantile: $150 Black Walnut: $100 Tower Theatre: $100 Block 42 Condo 249 NE 4th Street 3 bed | 3.5 bath | 2,884 sqft $624,999
We caught up with deadCenter's director of technology, Stephen Tyler of Mostly Harmless Media, to get the inside details about how he and the deadCenter Film Festival team engineered a seamless virtual event. Tune in to the full The Cinematic Schematic interview: https://www.thecinematropolis.com/?p=3521
Today has been a BIG day for #SixTweve! We just received unanimous approval from the #OKCArtsCommission for our #612GardenOfLight project to be installed and to coincide with @okcontemporary’s opening exhibit “Bright Golden Haze.” We are thrilled and grateful. Big thanks to the artists, Nathan Hendrix of True-Facade and Stephen Tyler of Tower Theatre OKC & Mostly Harmless Media for all of their hard work and hustle to make this happen! We can’t wait to see the installation. #612okc #okcontemporary #truefacade #OKC #PublicArt @ City Hall
Listen to the Mostly Harmless Media #OkieGeek #Podcast with Chip Paul and Michael Cross Come see us at CannaCon in booth #504 and learn how we can help you with your supply solution needs!! #SpiceUpYourLife
Do you have your tickets for IgniteOKC XI yet?! May 24th @ Tower Theatre OKC! Networking hour begins at 6 with complimentary appetizers and cash bar available! Then get ready to be inspired beginning at 7! Get your tickets, now: https://www.google.com/amp/s/www.eventbrite.com/e/igniteokc-11-tickets-45491172321/amp Thank you Mostly Harmless Media for the awesome video!
That moment when Jabee pulled up in the BatMobile (aka Oklahoma Shirt Company's Polaris Slingshot, driven by Stephen Tyler from Mostly Harmless Media).
We're still celebrating from Friday's #ULIOKImpactAwards! Congratulations to all of the finalists, your projects and their impact on our communities are what the night is all about. Huge thank you to Stephen Tyler with Mostly Harmless Media and Urban Land Institute (ULI) Oklahoma's own Wesley Anderson for collaborating to produce this video!
Very happy to see that Dennis Spielman has included Intersections in his list of recommended podcasts on his Uncovering Oklahoma website. Thanks, Dennis! And...the photo he used is of the only gathering so far of the whole Mostly Harmless Media crew of podcasters. Great evening at The R & J Lounge and Supper Club. It was fun socializing with the rest of the network.
This Friday's Midnight Toast will be given by Grounded Sounds, a new OKC-centric podcast from Cellar Door Music Group and Savory Spice Shop - Oklahoma City, OK. Their first episode premieres today, featuring interviews with Jabee and Mostly Harmless Media - give it a listen!