Where the Wild Things Are Cypher 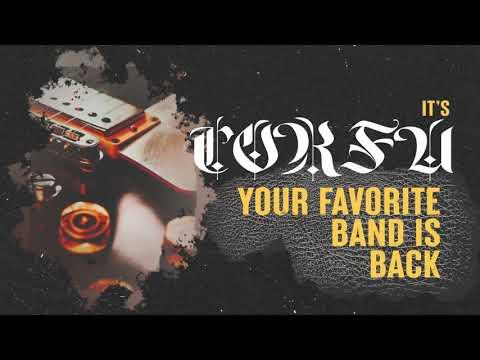 Corfu presents - Mad Leather This song is dedicated to our brother Rich Quick. Without him there would be no Leather. Steve Sxaks M11SON Franky Deemz Spazz B...

Unfortunately this patch bay has no typical way to label you in and outs. So I measured it, put it in illustrator to make labels for out mic sources and pres then printed it out on sticker paper and cut it out with exacto knives. Lots of work but it’s worth it for a better system!

Simple light build of 6 new acoustic panels soon to be added to the upgrades in the studio and live room! @ Marsten House Recording For all of you Marsten House Cypher lovers out there, the cyphers are now available on all major digital retailers! You can listen to 13 of your favorite cyphers for FREE on Spotify! Or with your subscription to AppleMusic, Tidal, Amazon or Deezer!

And many more fan favorite artists! Check it out! Follow Marsten House on Spotify to get alerted when we drop the next cypher collection

Got the lockdown Blues? Stressed by The Rona? Sick Of Covid 19???
Well we are here for you. In the weirdest Marsten House event yet, we figured out how to do a damn cypher without even having to be near each other. Is that even a cypher???? I don't know, but there's some world class artist and some top notch bars with some bonus lag!
Anyway enjoy this, we may do more(?)

Through all of this lock down we still think you should be staying creative and linking with other creative people. Today at 3:30pm on discord we will be holding an opening mastermind for artists to talk about how they plan to stay creative during all of this. Link is in the bio to join. https://discord.gg/awF996

What do you find yourself putting the most time into but also not being successful at?

This Friday 3 Marsten House artist will be performing in our good friend Rob of Whomag’s birthday mixtape! Jazz Fresh Jae TheLyoness and Dietz Tray-Digga Hopson will all be shutting it down! The line up is super dope! Go pay some respects to one of the dopest guys I know on his birthday!

What do you get the most satisfaction from, what do you truly love about making music?

When you think back to your favorite song or project what made that session or sessions so good?

When you have a studio session what is your favorite part? What could a studio do to make your   experience better?

Stealing From Thieves and Marsten House have a long standing realtionship. We are so happy that they helped us with the first release of Marsten House Live! Keep doing your thing boys! Anyone interested in a free recording template for faster workflow? What’s your DAW?

What’s the worst part about finding a studio or engineer to work with?

Who has recorded, had a project mixed or mastered or put out a record with us? Comment below with your Spotify or SoundCloud link!

Mixing deal available at Marsten House Today only!
Send in $100 for $200 worth of mixing!

Money has to be sent in by the end of the day via PayPal, cashapp, Venmo.

Fast turn around time, you already know the quality

Get your tracks done right

Who's recording at home these days?

Light at the End

Brand new Marsten House Music! Kohn and Steve Sxaks teamed up for another album featuring some MHCYPHER legends like 3t3n and Biz Mighty!

Tomorrow night come out and party at the stufio with @215_ninjas they are have a toy drive X-mas party!!!! There will be a cash bar with beer n faygo mix drinks. There will also be performance by @dumb.ugly @theycallusdeath @rockaset_lagoon n @morestreetmovement. It starts at 8pm n goes till it goes!!!! It will be a good time down inside on a saturday come out party n do something nice for the kids #doitforthekids

Be the first to know and let us send you an email when Marsten House Recording posts news and promotions. Your email address will not be used for any other purpose, and you can unsubscribe at any time. 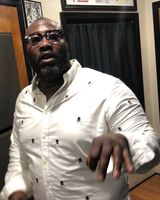 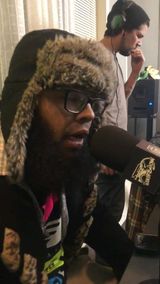 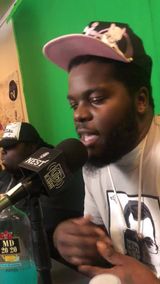 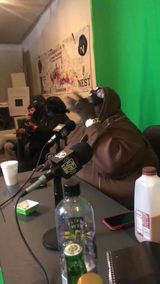 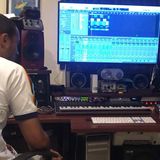 A Tribute To Rich Quick 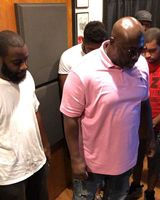 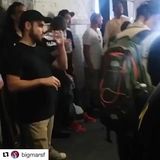 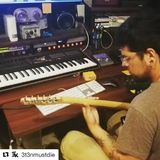 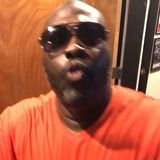 BARS FROM THE DON MIXTAPE IS COMPLETE!

Jazz Fresh - Double Feature (The Bully + Hello From The Other ...

Marsten House Recording is a professional recording studio located in the heart of North Philadelphia on the corner of 9th St & Dolphin St. Over the last ten years we have opened our doors to thousands of artists, spanning all genres of music. We pride ourselves on providing our customers with not only top quality audio production, but also stellar customer service. Our customer base consists of both major label and independent artists, as well as hobbyist just looking to try something new. I can confidently say that we treat all artist with the same respect regardless of status. We strive to current on technique and top of the line equipment.

Our services cost $50 an hour for Recording, Mixing & Mastering.

A recording session with one of our esteemed interns is $30 an hour.

Over the last 7 years we have created more than 600 videos and accumulated over 1,000,000 views on our youtube channel.

Carnage The Executioner - "The Ultimatum"

Other Music production in Philadelphia

https://youtu.be/1zA-9W0gYbI fun rite of passage having a vevo page. :-) shout-out Marsten House Recording for helping me grow to my full potential as an artist. Cheers!
#MouthBeatMondays! A series of (mostly) in-the-moment/on-the-fly, (usually looped) Human Beat Box musical compositions performed by Carnage The Executioner (and sometimes by/with others). ————— Mouth Beat 35 is a video captured by my brother Steven Andrew Boehm/Steve Sxaks back in June 2015. It was used to announce my membership in the mighty, Philadelphia-based Marsten House Recording label. I made my official solo performance debut (and did MUCH more!) to support the Hecatomb/Marsten House release of “The Ultimatum” - an EP we released on limited-edition cassette tape. There are current less than 5 copies left of this 400-unit banger, so hit me on http://www.carnagetheexecutioner.com/store to grab one! Anyway...This was an epic weekend for me, and MANY long-lasting connections came out of this. Enjoy a quickly-executed visual of one of the many events that happened! —— This video contains a mash-up, one-take, no edits version of my 2012 song, “Respect The Name.” I decided to spice it up with a beat boxed rendition of the 1993 classic, “Wu-Tang Clan Ain’t Nuthing Ta F’ Wit.” See you next week! ————— #NoPlanA #HumanBeatBox #WuTangClan #ImNotEvenInMyPrimeYet #ImJustTryingToEat #Ravenous #PublicExecution #PlantBasedPoets ‪#improvisation
Philly’s first Hip Hop Architecture Camp, hosted by NKCDC at Marsten House Recording and Kensington Health Sciences Academy, was designed to introduce local youth to architecture, urban planning, creative placemaking and economic development through the lens of hip hop culture. During the camp, students were paired with architects, urban planners, designers, community activists and hip hop artists to create unique visions for their communities which include the creation of physical models, digital models and the creation of a Hip Hop Architecture track and music video summarizing their designs.
If you think you’re the Best Singer in the TriState area why not prove it. $100 Cash prize to the best singer every Thursday. $500 cash and free trip to Jamaica 🇯🇲 🌞 🌴 to the winner of the Championship Round 🥇. Live Band $$$ Cash Prize Singing Competition 🎤 Open Mic, Food, Ci**rs and Ho**ah Lounge. Every Thursday night from 10pm to 2am located at Trilogy Lounge, 601 Spring Garden in Philadelphia PA
Oh you aint heard? Marsten House is the dopest out. On todays episode of the legendary Mighty Mighty Marsten House Recording Cypher Series Voss set the standard high right from the jump so we had to name this one from one of his bars. VOTE FOR STEVE SXAKS NEW CATCH PHRASE IN THE COMMENTS! Steve Sxaks Voss CHEV.V.KAANG DC Da Beast R.O.G LTC Pizzo TitusTheGreat Urban Shocker Judah Priest Eddie Madrid (Phinest) John Bliss (Steez Sxaks)
theres one thing that we hear at Marsten House Recording pride ourselves on its the fact that we have had the opportunity to showcase talent from literally all over the world. This particular cypher includes the legendary Carnage The Executioner (Minnesota) and a group of emcees he hand selected to rhyme with! Id like to introduce you to "The Wrecking Crew". Produced by none other than our good friend Level 13 Steve Sxaks Raw - D (Philadelphia) Taiyamo Denku (Wisconsin) Macrophonic MC (Arkansas) A.B. (New York) Stevie Franks (New Jersey) Katana Da Don (Minnesota) Judah Priest (Philadelphia/ New York) Carnage The Executioner (Minnesota) Outro by Eddie Madrid
A little early Christmas present from Marsten House Recording and Jazz Fresh! A collection of songs that we recorded when we first met Jazz that never came out! Old to us, new to you! Features @Dell P*e , Judah Priest, @Kdot da Showstoppa , Super Star Yay and DoitAll! Production from Leon Adrian, S'pply N D'mand, Sling Raw, Wigshop, and myself! Stream it for free, share it if you like it! Keep an eye out for some brand new music from Jazz! Also January 1st 3t3n is dropping the first of his Kultur3 Khrist series! Stay tuned for a whole bunch of new MHR music I’m 2019! https://itunes.apple.com/us/album/enter-the-d-league-b-sides/1445946346
Emceeing and Djayin, It went down at the legendary Marsten House Recording studios Nu-Treez @utmradio Pop Up Cypher 🎥 JL Jupiter...#bars #lyricists #spittas #hiphop #freestyle #cypher #philly #motivationmonday
@wanmiz spitting #bars Marsten House Recording tonite @utm ...#cypher #bars #TreezUp #hiphop #beatsrhymesandlife
Listening for beats? Right now I’m doing one exclusive beat with mix/master for $400 and one exclusive with mix/master and two hours of studio time for $460 at Marsten House Recording
Been a long time...we shouldn'ta left U! Rich Quick x DJ NoPhrillz - #TwoTurntablesAndAMic - Marsten House Recording x Mikeyes Productions
Rich Quick x DJ NoPhrillz rehearsing+letting yall know about the Eyes on The Underground [email protected] Fire (Philadelphia) January 18th. Special thankz2 Marsten House Recording