Series. Documentaries. Branded Content. Lunchbox Dox puts a human face on the overcomplicated and under explored. We are a division of Lunchbox Communications.

http://www.lunchboxcity.com Lunchbox Dox puts a human face on the overcomplicated and underexplored. Along with a talented team of creative, strategic and technical professionals, Lunchbox has been bringing great stories and brands to life for more than 20 years.

an online program of documentary films by Ukrainian directors that highlight the incredible artistry of a nation. 100% of the proceeds from this initiative will be directed to a special fund established by Docudays UA International Human Rights Documentary Festival, to support the needs of Ukrainian filmmakers on the ground in Ukraine. donate what you can access
https://pointsnorthinstitute.org/support/ukraine/#new_tab

Awe, so sweet! Savannah and I wish you a very happy #LoveYourPetDay
(Great Photos by Robert Carter!)

My heart goes out to the Redford family on the loss of James Redford. He was only 58. I am a huge fan of writer Amy Tan. Redford was working on a documentary on her life. Ms. Tan’s tribute to James Redford is lovely and gives us a glimpse into the life of a unique documentarian.
From author Amy Tan’s FB page:
“I am devastated over the death of James Redford. I am so lucky that Jamie was my good friend. We met in NYC in 1999. I remembered; he did not. It was at a screening of his documentary, The Kindness of Strangers, about organ donation and those people who are hanging by a thread awaiting a transplant. Jamie had had two liver transplants by then. He was waiting for a third when he also developed liver cancer.

About ten years ago, we met again through mutual friends artist Michael Schwab, who played in a band with him. We ran into each other at literary and film events, so often we became bonafide acquaintances. And then a few years ago, he approached me about being in a documentary on the importance of play for adults. He wanted to include the Rock Bottom Remainders, a band comprised of aging writers with questionable musical ability. He and his film crew flew to Tucson to capture our performance at a book festival. That led to his proposing a documentary on my life for American Masters. Although I was not keen on the idea, he contacted me a number of times and then sent me 10 minutes of sample footage with animation. If I still did not want to do it, he said, he would not ask anymore. I watched the segment. I was touched by what I saw. I called him and said, “Let’s do it, no reservations.” Soon after, when I attended a fundraiser at the Redford Center, I told his wife, Kyle, that Jamie had an exasperatingly charming way of getting what he wanted. She laughed and said that was absolutely Jamie. He was never pushy; he was genuinely passionate.

Having Jamie delve into my life and ask the important questions naturally led to friendship. He wanted to know everything and lugged to his office boxes of documents, photos, old magazines, VHS tapes, and mementoes—many of those things that had been destined for the dump. Whenever I discovered another heap of stuff, he was always eager to come over to see it. He went to my events to get more footage. I came to see what issues were important to him: family, resilience, survival, living fully and deeply, taking risks, the necessity of fun as optimism, activism, individuality, being grateful, experiencing the physicality of life, and being kind to others. Everyone describes him as kind.

A little over a week ago, Jamie sent me the rough cut of the documentary, “Where the Past Begins.” He used to worry when I did not reply to his emails immediately. His antennae would go up, he told me. So I quickly sent back a response expressing my gratitude, extolling his sensitivity in allowing me to see the continuity of the past leading to who I am today. I thanked him for digitizing VHS and micro-cassette tapes that allowed me to watch previously inaccessible interviews I did of my mother talking about her life.

Jamie did not answer my email. That was unusual. I sent another email, telling him my antennae was up, and that I was concerned about him, as always. A week had passed since he sent me the rough cut. I then sent Kyle a note of worry. She told me that he read my email aloud to her, and later read it to his son and daughter. It was the last email he read, she said, the last time he opened his computer. He rapidly declined after that and was unlikely to live beyond that day. I wrote him an email, taking care to say what the film meant to me, what I treasured in our friendship. I learned he died while I was still writing it.

I was sorry I could not give Jamie my fond farewell. But I now think it was unnecessary. I imagine Jamie felt as I do after turning in a manuscript. You hold your breath until you get the verdict. You suspect the worst. And when he received my enthusiastic response, I imagine he was happy and relieved, and my approval was all he needed to know to finally put aside uncertainty and let go of pain.

Jamie told me last year that he was aware he could die before he finished the documentary and assured me that he had assembled detailed notes on all the footage and how it should be laid out. It would be finished, he said, not to worry. I told him I was not worried and he should not worry on my account. I only do things that are worth doing in the moment, I reminded him, not those things that depend on results in the future. I now treasure those days we dug through boxes containing my past, when we spent hours in deep conversation about memory, mind and heart, the important matters that last.”

James's wife, Kyle, confirmed he died on Friday from bile-duct cancer in his liver

Be the first to watch the feature documentary, The Great Flip-Off!
https://itunes.apple.com/us/movie/the-great-flip-off/id1454570478 #circus #circus250 #TGFO #Barebackrider

The weekend is flying by! Have you gotten your tickets to The Great Flip Off Premiere and After Party yet?
Click on the link below to purchase!

The Best Extreme Horses and Riders in America

How do film budgets change as they grow?

How do film budgets change as they grow?

One of the reasons it’s hard to make your first movie is that much of the information you need is not available. While we can all read granular box office figures online, it’s often hard to reliably discover how much a movie cost to make and it’s near impossible to know how they spent that …

The 50 Best Movie Scores of All Time

The 50 Best Movie Scores of All Time

From Eraserhead to Batman, Under the Skin to Blue Velvet, these are the greatest original compositions for film

The Great Flip-Off will be screened this Saturday @4;30 in The Little Theater, Equus Film Festival Camden Tour Stop

Watch Digital Dharma: One Man's Mission to Save a Culture Online | Vimeo On Demand

Watch Digital Dharma: One Man's Mission to Save a Culture Online | Vimeo On Demand

One Man's Mission to Save a Culture When ancient writings of Sanskrit and Tibetan texts vanish during the political turmoil of the 1950s and 1960s, the history…

Still time to get your passes for the EQUUS Film Festival this weekend.
Feature Documentary, The Great Flip-Off will be screening this Saturday, December 1st at 6:45at the Wythe in Brooklyn. Click here for lots more info about great films all weekend long http://www.equusfilmfestival.net

When Ringling Bros. and Barnum & Bailey announce the end of their three-ring big top in 2006 to usher in a new era of fewer animals and arena-only performanc...

Happy World Circus Day! If you’re in Sarasota enjoy events at The Showfolks Of Sarasota and Ringling Brothers Art & Circus Museum tonight Sailor Circus performs at 6:15 and tomorrow night April 22nd 7PM Is the final screening of the Doc! https://www.goelevent.com/SFF/e/THEGREATFLIPOFF
Get your tickets.

Use These Data Analytics Tips to Find Your Film’s Audience

Use These Data Analytics Tips to Find Your Film’s Audience

by Jess Fuselier and Liz Manashil

Well this is great news for Lunchbox Dox. Could not be prouder of our The Great Flip-Off production team. looking forward to showing off the film for a Friends and family first screening in sunny Sarasota. Tickets are going fast. #TGFO #womeninfilm #indiefilm

72 Awesome Resources for Distributing Your Film (For Indie Filmmakers)

72 Awesome Resources for Distributing Your Film (For Indie Filmmakers)

When it comes to distributing your film, you'll quickly find a bunch of fuddy-duddies telling you that you need to win a major festival like Sundance to be successful. 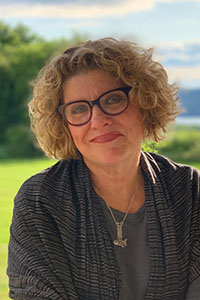 Need to get to this seminar.

Pretty cool that our new trailer for The Great Flip-Off has reached over 44k folks and been viewed 14k times in less than a week! Even more proud that the rough cut is complete and we are preparing to submit to festivals by February! #TGFO #circus250 #barebackriding #circus #ThegreatFlipoff #Indifilm #womendirect 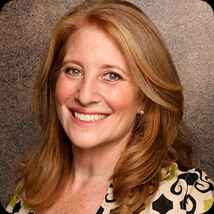 Subscribe for Podcast Updates Episode 4: Dafna Yachin Dafna Yachin joins the podcast to discuss her inspiring journey to becoming a successful writer, producer, and director of film, tv, and commercials. She is Chief Creative Officer at Lunchbox Communications, a digital media company with locations...

Since I started working in film ten years ago I’ve been fascinated by the creative possibilities of distribution. Filmmakers tend to think of releasing their

We spoke with the show's director of photography about how she keeps black beautiful on screen.

Professional photography gear costs thousands of dollars but you can take stunning pictures by spending only a fraction of the cost. If you have the time and the patience, and aren't afraid to get your hands dirty, then simple DIY hacks can achieve similar results to spending big bucks on advanced k...

"Executive-produced by Steve Buscemi, Stanley Tucci, and Louis C.K., Check It highlights the daily lives of the gang’s prominent members, showcasing the experiences that bind them."

A new documentary chronicles the lives of a determined, unified gang residing blocks away from the White House.

Frozen in time: the miraculous gold rush movies buried under the Yukon ice

"...for 49 years the inhospitable cold of the Yukon landscape had safely protected the films – which had been found at the bottom of an old swimming pool."

After bulldozers uncovered reels of long-buried silent films on a Canadian building site, painstaking restoration has delivered a fascinating glimpse of boom time in Dawson City – and the artistic delights to be found there

10 Toronto Film Festival Documentaries That Could Shake Up the Oscars

“This year we’re going to see a greater range of different documentaries spread across the fall festivals, instead of a cluster of films that moves from festival to festival. More films will get more opportunities at the festivals this fall.”

In Sequel-Mad Hollywood, Even Documentaries Have Follow-Ups

"...nonfiction films have become so popular lately that documentary sequels are now a subgenre unto themselves."

New films are expanding on hits like “An Inconvenient Truth” and “Fahrenheit 9/11.” The sequel makers say there is a hunger for long-form journalism.

James Cameron teams up with NatGeo for new ‘Titanic’ documentary

"The documentary will be aired on December and will feature new discoveries found over twenty years since Cameron’s movie premiered in cinemas..."

“Titanic” director James Cameron will be working with National Geographic to create a new documentary about the tragic ship.

Be the first to know and let us send you an email when Lunchbox Dox posts news and promotions. Your email address will not be used for any other purpose, and you can unsubscribe at any time.

Send a message to Lunchbox Dox:

A Landmark Documentary of 20th anniversary of Princess Diana's death soon to air.