Gozi's House Productions is a le***an owned and operated multimedia production company. Company projects that we have produced, filmed, and edited:

AUDITIONS! AUDITIONS! We are looking to cast 9 VERY ATTRACTIVE Ladies FOR NON and SPEAKING PARTS! For my next project… a le***an comedy called "CUDDLE BUDDIES"
The short film will be so much fun to be a part of! Auditions will be held in MAY stay tuned for dates and times. We have already cast Eyce Diggi, Ma'at Patrice Bless and Kevyn Mines now with all this talent we have already, there shouldn't be any reason not to come on out and audition.

Need actors for an up and coming play and filming sequence for:

This is a story about a couple going through a leverage shift in their relationship.

In the eyes of family and friends. Sean Boyd a music mogul and his devoted girlfriend Ciara are the idea couple, but what lurks in their "envious" relationship is less than perfect.

A power couple in the music industry, but behind closed doors it's a total different power. After seven years Sean & Ciara's are hitting a snag, well it is for Ciara who is feeling so under appreciated. Ciara has been the back bone and driving force behind Sean’s success, but as Sean climb to fame and fortune rose, his attentiveness and love for Ciara has taken a back seat in the “nose bleed” section to the notoriety that Sean has been wanting for all his life.

Ciara has been that ultimate woman for Sean, but stop being the same for herself once an entertainment lawyer and now a “very, very, very” silent partner of Go ROC Records, Ciara’s opinions and decisions are ignored.

The filming sequence for the play will start ASAP! We are looking to begin production as soon as possible some scenes will be filmed which are to be added as the back story for the play.

*PLEASE NOTE THIS PLAY HAS ADULT SITUATIONS, LANGUAGE DEALS WITH PEOPLE THAT ARE INTO THE ALTERNATIVE LIFESTYLE.

*Must be available for all rehearsals, meetings and filming.
*Pay will be discussed.

DADDY TATE – Ciara and Cris father – 50’s or can pass as a man in his 50’s jazz saxophonist salt and pepper hair, wears an earring and has facial hair. His looks are similar to Frankie Beverly.

DUKE- one of Sean’s buddies – in his 30’s he has an animated personality.

LA LA – very attractive le***an woman, who Cris is trying to pursuit – as of right now she has no speaking part and she will only be in the film portion of the play.

Please email us ([email protected]) your head shot, a short bio along with your contact info. *** MAKE SURE YOU PUT THE NAME OF THE PLAY (ME & MY GIRLFRIEND) AND THE CHARACTER YOU WANT TO AUDITION AS IN THE SUBJECT LINE.
If you have any questions, call 215-792-3286

Coming soon! Auditions for the stage play "Me & My Girlfriend"

ME & MY GIRLFRIEND - THE SCRIPT

Introducing - SEAN BOYD: Co – owner of Go-Roc Records now a self-made millionaire and record executive who is a “gangster” in the music industry, with a rough and tough attitude in and out of the board room. His take on life...

“The world belongs to ME”

Sean is arrogant and a bit too controlling in all aspects of his life, everything has to fit perfect around him, his business is run with an iron hand and his dear “sweet” Ciara is the perfect girl friend who’ll do anything he says.

Introducing - CIARA TATE: Once an entertainment lawyer and now a very dormant silent partner in the Go-Roc Records Empire, she is under the thumb of Sean. Some sexual feelings has began to brew within Ciara and she has to identify what they are. Her sexual interest in Sean is more of a chore and a bore, she feel she needs to be more liberated. Ciara notices that her personal identity is blending with Sean and it’s too much....

Coming Soon to a theater stage near you.

"Me and My Girlfriend" Written and Directed by Ngozi Thomas.

We thank you for the new likes and interest in our company. Please pass our page on to your friends.

Good morning people... Just to let you know, we are coming back :) Stay tuned!

a look behind the scenes of "Divided in 2", with Rochelle Johnson, Maat Patrice Bless and Layla Blaze.

SOMETIME DURING BLACK HERSTORY/HISTORY MONTH BECOME APART OF BLACK HERSTORY/HISTORY AND LET EVERYONE KNOW SOMETHING THAT MOST PEOPLE WOULD'NT KNOW ABOUT YOU... MAYBE YOU CREATED A SOFTWARE PROGRAM FOR YOUR COMPANY, STARTED SOME TYPE OF ORGANIZATION, DESIGNED SOMETHING ARTISTIC OR YOU STARTED A MOVEMENT
(ANYTHING) IT DOESN'T MATTER WHAT YOU'VE ACCOMPLISHED JUST LET THE PEOPLE KNOW WHAT YOU HAVE DONE...
PLEASE PAST THIS AROUND MAKE LET YOUR HERSTORY/HISTORY BECOME VIRAL!

Thanking everyone for the new likes
---Ngozi

Thanks to all of you who have liked our page. Please keep coming back from time to time so you can be updated on our up and coming projects. ---- Ngozi

Instantly connect to what's most important to you. Follow your friends, experts, favorite celebrities, and breaking news.

Divided in 2 - Behind the scenes footage with our very own Make-UP Artist Denita Hill.

Welcome to all of our new supporters! Thank you so much for joining our family :)

GHP would like to congratulate our crew member Delena and her wife Rochelle on their marriage yesterday. (photo by Tara)

Divided In 2 film shoot was a success today. Shout out to Team GHP for all their hard work. Shoot #3....that's a wrap!

Special thanks to Kya for having a PACKED party and letting GHP vend our merchandise. Please if you're in Philly, check out her page, like it, and attend her next great event!!
https://www.facebook.com/messages/1546868610#!/marooneyes.philly 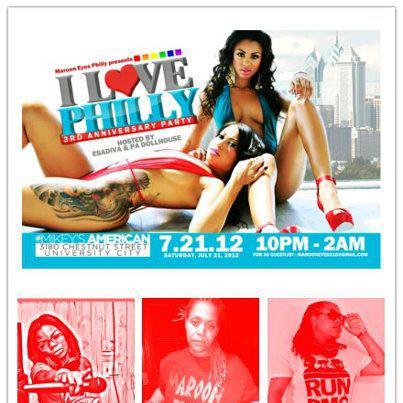 Meet some of the GHP cast and crew at this event! We will have GHP items up for sale, so come out and support! See you there!

Divided In 2!! Another scene was shot today and it has gone into post production. Cast and crew enjoyed a little bbq afterwards to celebrate. We're moving along and setting up for the next shoot!

Tonight GHP Rehearsal for Divided In 2 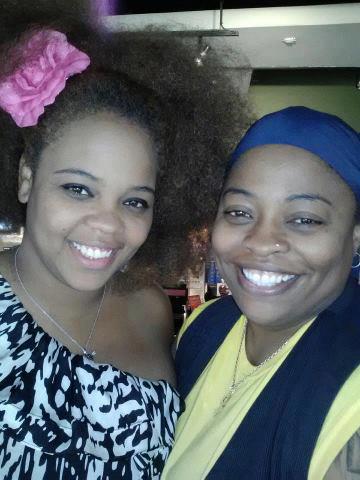 Co-Owner Ngozi Thomas and actress Onyx Keesha from Between Women

Be the first to know and let us send you an email when Gozi's House Productions LLC. posts news and promotions. Your email address will not be used for any other purpose, and you can unsubscribe at any time.

Divided in 2 - Behind the scenes footage with our very own Make-UP Artist Denita Hill.

Welcome To Our Page!