The hottest magazines, flexi discs, books, festivals and tours in metal. What is Decibel? An important question. Decibel is an extremely extreme music and entertainment magazine based out of Philadelphia, Pennsylvania.

Founded in 2004 by a well-intentioned, somewhat studious (let’s not forget record-collecting) dude, Decibel’s credo was to examine and expose the best extreme music had to offer. We were the new kid on the block, but we knew our noise was louder and nastier than anything out there. To quote ourselves, Decibel was “the new noise.” Since our debut issue (the Dillinger Escape Plan, October 2004), Dec

Founded in 2004 by a well-intentioned, somewhat studious (let’s not forget record-collecting) dude, Decibel’s credo was to examine and expose the best extreme music had to offer. We were the new kid on the block, but we knew our noise was louder and nastier than anything out there. To quote ourselves, Decibel was “the new noise.” Since our debut issue (the Dillinger Escape Plan, October 2004), Dec

Top Tier Trifle—courtesy of the best sour purveyors south of the Mason-Dixon Line (Southern Grist) and one of America’s top meaderies (Garagiste Meadery)—certainly lives up to its name.

Top Tier Trifle—courtesy of the best sour purveyors south of the Mason-Dixon Line (Southern Grist) and one of America's top meaderies (Garagiste Meadery)—certainly lives up to its name.

Who's thirsty?? Metal & Beer Fest: Philly is just ONE MONTH AWAY and we're serving up a sneak peak at 16 exclusive collaboration brews you can only sample at the event - cheers!

The full beer list is coming soon, but for now behold just a small assortment of the over 80+ beverages on tap for your unlimited sippin' enjoyment. It's a veritable beer-binger's paradise!

Less than 60 Two-Day “Metal & Beer” tickets remain. Secure your tickets from the link in our bio and start preparing yourself—especially your liver! Beer lineup presented by Broken Goblet Brewing

We are just one month away from one of the most epic nights in Metal & Beer Fest history!

On Friday June 10th, 2022 Swedish doom legends Candlemass will take the stage at the Fillmore Philadelphia for a very special headlining performance of their genre-defining debut Epicus Doomicus Metallicus in full! Making the occasion even more special, the epic-doom originators will perform the album for the first time ever in its entirety in America with Epicus vocalist Johan Längquist... and on the album's 36th birthday!!

Links to all remaining ticket options are here: https://concerts.livenation.com/event/02005C34BDF637E7

We're just a few weeks away from the release of #Chaosmos, the brand new LP from Tech-death masters Origin. To get you good and jazzed the band has just dropped the title track as their second single, and spoiler alert: it's every bit as brutal as you'd hoped it would be.

You'll have to wait til June 3rd for the rest of the record, but for now we strongly advise taking 3 minutes out of your day to bear witness to this violent spectacle and you'll quickly understand why John Longstreth is heralded as one of the most proficient drummers in the modern Death Metal musical scene!

Decibel has once again displayed amazing prescience in obtaining our own exclusive edition of this album, on swirly Orange-in-Orange vinyl which if you ask us perfectly complements the killer cover art - snag a copy in our webstore:
tinyurl.com/originlp

Hear the opening track from "Of Dusk and Crumbling Silence," the debut LP from USBM upstarts Alvaldur, before its Friday the 13th release date.

Hear the opening track from Of Dusk and Crumbling Silence, the debut LP from USBM upstarts Alvaldur, before its Friday the 13th release date.

JUST ONE MONTH AWAY: We’ve got your heavy metal pre-game covered with the official Decibel Magazine Metal and Beer PRE-FEST!

On Thursday, June 9 at the Foundry (located directly upstairs at the Fillmore), doom sludge titans PRIMITIVE MAN headline a very special evening to kick off Decibel Magazine Metal & Beer Fest: Philly 2022, and we just might have a couple surprises cooked up for the event...

Trust us - you're not going to want to miss this one.
Call in sick for Friday NOW! (You deserve a day off anyway)

In the wake of Trevor Strnad's death, former Brutal Truth frontman Kevin Sharp opens up about about his own recent metal health reckoning and steps that saved him.

We remember the beloved The Black Dahlia Murder vocalist who has sadly died at the age of 41. Rest in power.

We remember the beloved Black Dahlia Murder vocalist who died at the age of 41.

According to a post on the band's Instagram profile, Trevor Strnad, vocalist of the Black Dahlia Murder, has passed away at the age of 41.

It is with deep sadness that we announce the passing of Trevor Scott Strnad. Beloved son, brother, and Shepard of good times, he was loved by all that met him. A walking encyclopedia of all things music. He was a hugger, a writer, and truly one of the world’s greatest entertainers. His lyrics provided the world with stories and spells and horror and whimsy. It was his life to be your show.

Decibel sends our love to Trevor's family, friends and his current and former bandmates in the Black Dahlia Murder. We are dumbfounded by this loss. Rest in Power, Trevor.

Ohio brutal death dealers Mutilatred go for the kill on Determined to Rot.

In addition to the full album performance, the band will be unveiling not one but two special brew collaborations for the event - a melomel collab with The Brimming Horn Meadery and a fruited hazy IPA collab with Wake Brewing - because an album as crucial as Two Hunters deserved two collaborations.

Click here to secure your tickets and try them both: https://concerts.livenation.com/event/02005C34BDF337DC

➡️ Two Hunters also just received a long-awaited 2xLP repress via Southern Lord Recordings and Decibel was lucky enough to get our own edition on moss green vinyl limited to just 300 copies. We'd like to tell you we will still have copies available at Metal & Beer Fest, but we've already blown through 2/3rds of them so that may be wishful thinking. Click to score one of the remaining 89 copies: tinyurl.com/twohuntersLP ⬅️

Death grinders Instigate predict the apocalypse on “Haruspex.” Off their upcoming album "Unheeded Warnings of Decay."

Death grinders Instigate predict the apocalypse on "Haruspex." Off their upcoming album "Unheeded Warnings of Decay."

Named after the 2nd single from Soul Glo's debut Epitaph Records release #DiasporaProblems, this collaboration is as Philly as it gets - it was brewed *just a few blocks * from the venue!

“Driponomics is for everyone doing what they have to do to get by and to get fly,” says the band. “Oftentimes lower-income and working class people are criticized for how they survive out here, especially in times of crisis. People are getting more desperate but simultaneously more creative with their income options, and this song is a salute to that. Love to Mother Maryrose whose verse on this song is one of the best moments on our album.”

Be the first to know and let us send you an email when Decibel Magazine posts news and promotions. Your email address will not be used for any other purpose, and you can unsubscribe at any time.

Send a message to Decibel Magazine: 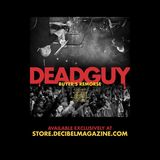 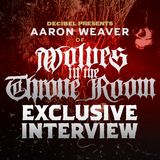 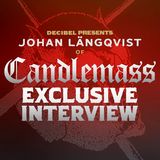 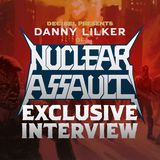 Tickets for the Decibel Magazine Tour 2022 are ON SALE NOW! 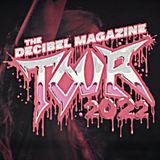 ON SALE NOW: Get Your Tickets to the Decibel Magazine Tour 2022 Featuring OBITUARY, MUNICIPAL WASTE, GATECREEPER, ENFORCED and SPIRITWORLD!

‘Turned Inside Out: The Official Story of OBITUARY’ Now Available for Pre-Order Exclusively from Decibel Books!

Other Magazines in Philadelphia

METAL FROM NAMIBIA!
CRYOPHILIC #deathmetal
Saturday Jan 23 Evereal virtual Live show! https://fb.me/e/YTbRfF4R
https://youtu.be/VRerI1esD9o
Live "Devilish Dances" from skomorokh bogatyrs ZMEY GORYNICH DVD "Live on Moscovia". Feel the bogatyr power and serpentine fire!!!
🏴‍☠️🤘🏿😎💥🤩🔥🎸🚢♠️💯🎵✌🏴‍☠️ METAL-WEEKEND 24+25 April 21 2 days with Ferry ‚MF Euregia‘ on Bodensee / Lake Constance TICKETS on 🐸EVENTFROG🐸 https://eventfrog.ch/Metal-Weekend Swissrockcruise 🏴‍☠️✌😎🤘🏿💥🤩🔥🎸🚢♠️💯🎵🏴‍☠️ we appreciate if you share the post 😉🙃😘
Old school thrash metal from Norway!
METAL-WEEKEND 24.+25. April 💥 10h Metal+Thrash ♠️ auf dem Bodensee Swissrockcruise https://eventfrog.ch/Metal-Weekend
Bitter Loss Records is pleased to announce that The Plague have joined the label and we will be releasing their debut album Within Death during April 2021. Hailing from Sydney Australia and formed in 2016, The Plague deliver Swedish inspired old school death metal in the vein of Dismember and Entombed. Within Death will be released on Vinyl and CD with limited pre sale bundles including hand numbered Vinyl, CD and exclusive pre sale design T-Shirt from January 15th. Check out one of the new tracks here: https://theplague-au.bandcamp.com/track/spawn-of-monstrosity bitterlossrecords.com
Denver skate punx...
Greek Deathmetallers SOULSKINNER, have just released a lyric-video of the song "Seven Bowls of Wrath" as second advance single from their 5th album that bears the same title "Seven Bowls of Wrath", which will be released in November 11th, 2020 through Xtreem Music on CD, 12"LP & Cassette formats. You can watch the video here:
https://www.facebook.com/groups/823052101833819