Go back in time to when it all started.. The Artists and songs that were the foundation for 5 decades of great groundbreaking music.

Listen to Iconic Artists and bands like David Bowie, The Clash, Police, Ramones, Pretenders... the list is endless.

White Reaper and some of their biggest fans joined us on the Audacy App to celebrate the band’s new album, 'Asking for a Ride.'

Host Brad Steiner was joined by Louisville. KY-based band White Reaper and some of their biggest fans to get some burning questions answered on the Audacy app on the release day of their fourth studio album, ‘Asking for a Ride.’

🎧 Honor her with ‘She Sings’ Radio: auda.cy/SheSings

My hair is always on point, even if the rest of me is really naff.' A true Amy look was never complete without her iconic bombshell beehive.

Is Brendon Urie secretly forming another band with the members of Coldplay?

Is Brendon Urie secretly forming another band with the members of Coldplay? 🤔

Tune in TODAY around 4:15 PM ET for a live chat with White Reaper 🤘

Noah Kahan drives us straight through the making of 'Stick Season': Listen now

On the latest episode of “Song Exploder” with Hrishikesh Hirway, Noah Kahan explains the process of writing his hit single “Stick Season” after a rough verse made waves on TikTok.

A few members of Rock royalty will grace your screens this year during Super Bowl LVII, with Ozzy Osbourne, Joan Jett, and more set to be featured in an advertisement for the cloud-based software vendor, Workday.

After last week’s album announce and Joe Trohman news, Fall Out Boy is back with “Heartbreak Feels So Good,” their second single and accompanying music in which they attempt to stage a planned kidnapping of River Cuomo (Yes, from Weezer). Watch now.

POV: You scored a backstage pass to Muse on tour 🤘

Get ready to ‘Walk Around The Moon’ with Dave Matthews Band 🌙

While news of another Dave Matthews Band summer tour might not come as a big surprise, the announcement of a brand new album sure is. Set to crash into us on May 19,  ‘Walk Around The Moon,’ marks DMB’s 10th studio album.

Get an inside look at Marcus Mumford and Carey Mulligan’s love story.

Carey Mulligan, spouse to Mumford & Sons’ Marcus Mumford, is opening up about how she and the frontman met during a stay at camp as kids and kept in touch via faxing before getting married in 2012.

Panic! At The Disco is 'no more' after European tour: 'It’s been a hell of a journey'

We already miss Panic! At The Disco 💔

Coldplay is bringing their tour to North America this September with H.E.R. and 070 Shake 🎶

Beck and Phoenix are ready to embark on a ‘Summer Odyssey’ tour this August! ☀️

girl in red always gives us a little “Serotonin” boost 😍

🎧 Feel the energy with 'Women of Alt' Radio: auda.cy/WomenOfAlt

BTS and Billie Eilish are the best music to fall asleep to, according to science

Which Billie Eilish song would help you fall asleep? 😴

So it turns out soothing sounds and white noise might not be everyone’s ideal sleepy-time playlist. As a matter of fact, scientifically speaking, actually BTS and Billie Eilish proved to be at the top of that list.

This week's new music on Audacy All New: Måneskin, Ed Sheeran, Fall Out Boy, and more

Have no fear, New Music Friday is here! 👊 Turn up to ‘Audacy All New’ this weekend 🎶

Press play for the latest from Måneskin, Hardy, Kali Uchis, Fall Out Boy, Ed Sheeran, Metallica, Boy Genius, and more this week on Audacy All New.

Fall Out Boy’s Joe Trohman says he “must recover which means putting myself and my mental health first.”

After posting that their new album, ‘So Much (For) Stardust’ will drop March 24. Fall Out Boy guitarist Joe Trohman shared a personal note to social media saying that he’ll be taking a break from the band to focus on his mental health.

🎧 Listen to the full episode of ‘Fly on the Wall’ on the free Audacy app: auda.cy/FOTWFraser

Taking Back Sunday, The Maine, and more join forces for Sad Summer Festival

Get ready for Sad Summer Festival with Taking Back Sunday, The Maine, Motion City Soundtrack, Head Automatica, and more! 🎶

Presented by Journeys and Converse, and produced by Live Nation, the 2023 Sad Summer Festival will take place throughout the month of July featuring performances by Taking Back Sunday, The Maine, Motion City Soundtrack, Head Automatica, and more.

🎧 Get ready for the drop on March 24 with 'Fall Out Boy' Radio: auda.cy/FallOutBoy

Karen O. and Nick Zinner of the Yeah Yeah Yeahs called in to chat with KROQ’s Klein & Ally about their inclusion in the recently announced ‘Just Like Heaven’ festival and more.

Deliah had the best day ever 🥹

8-year-old cancer patient, Delilah, got the surprise of a lifetime when Plain White T’s frontman,Tom Higgenson, stunned her with a special performance.

Fall Out Boy is back with a brand new song, and we have the World Premiere of “Love From The Other Side” right here on our station! 🎸

The Coachella lineup has been revealed and it’s lookin’ awesome 👀

The lineup has officially arrived for the 2023 installment of the Coachella Valley Music and Arts Festival, once again featuring tons of today’s biggest stars, artists and bands under the bright Indio, CA sun.

Hardcore gamers will remember the soundtracks that the ‘Tony Hawk Pro Skater' video game series brought to bedrooms and family rooms worldwide and Cali Ska-Punks Goldfinger who were a major part of the hype with their 1996 single “Superman.”

The official lineup for the 2023 edition of New York City’s Governors Ball Music Festival has been announced along with an all-new location that will be hosting fans for the event’s 12th year running.

Amy got her beautiful 'Cynthia' tattoo on her right arm in tribute to honour her paternal grandmother, who she was very close to. Fans would go on to seek out the tattoo artist to replicate the iconic pin-up design, but this one was for Amy only. 🤍

Tamsin Embleton is taking a deep dive into the relationship between touring and artists’ mental health in her new book, ‘Touring and Mental Health.’

Each artist sat down for an interview that provided content for London-based psychotherapist and former talent-agent, Tamsin Embleton, whose new book, ‘Touring and Mental Health’ is set to release March 23

🗣 We have all the “GOSSIP” on Måneskin and Tom Morello 🗣

We’re definitely loving this from the other side 👀

🎧 Get ready for their new single with Fall Out Boy Radio: auda.cy/FallOutBoy

Love From The Other Side

Turn up this weekend with ‘Audacy All New’ 🎶

Fall Out Boy fans already knew that 2023 was going to be their year, and just 12 days in we’re being given another tease, only this time with the promise of something full coming next week.

We’re rocking out to some Green Day this Throwback Thursday 🤘

🎧: Don’t be a “Ni**od,” listen to Green Day Radio: auda.cy/GreenDayRadio

We demo'd a cover of Elvis Costello’s "Alison” back when we recorded Ni**od. Our version comes out Friday 🤘🏻

🎧 Rock out and celebrate with Rage Against The Machine Radio: auda.cy/RATMRadio

The Bonnaroo Farm will be turning up this year 🎶💃

Everything But The Girl returns with first album in 24 years

Everything but the Girl is back!

Everything but the Girl is making a return with their first album in 24 years. Check out the details and track listing – and find out why they started the recording process privately.

"All I Wanted" was another Paramore track and they delivered 🤲

Be the first to know and let us send you an email when KNRK 2 Alternative Classics posts news and promotions. Your email address will not be used for any other purpose, and you can unsubscribe at any time. 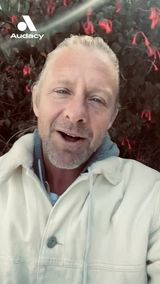 Turn up Audacy’s ‘A California Christmas with Switchfoot’ Radio

Turn up Audacy’s ‘A California Christmas with Switchfoot’ Radio to hear from the band and listen to songs they’ve handpicked just for your holiday season ❄️ 🎧: auda.cy/CaliXmasFB

Sleep timer is back on the free Audacy app

⏰ Sleep timer is back! ⏰ Set your favorite station or podcast to automatically stop playing during evening hours. Now on the free Audacy app: auda.cy/listen 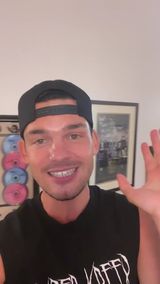 Listen to the Kevan on Audacy's national night show and your favorite Alternative music your way. Update your Audacy app! 🎸🎵 📲: auda.cy/listen 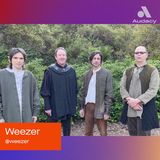 Feel “A Little Bit of Love” when you tune in to the World Premiere of Weezer's new song on Audacy! 💚 Listen now: auda.cy/WeezerWP

World Premiere of Portugal. The Man

We have the World Premiere of Portugal. The Man’s new song “What, Me Worry?” and Zachary + John spoke with Audacy about how the song came about ➡️ auda.cy/PTM 🎧: Tune in our station to hear the new song all day!

An emotional reunion as a stolen dog is returned to its owner. 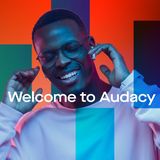 Think you can guess the other shows Bastille recommends? Answers: http://spr.ly/618089dfk

After they showed that tree who’s boss, Bastille revealed the soundtrack to their lives. Find out what it is: http://spr.ly/61888g4mK

We're playing Hockey Player or Cheese with The Strumbellas. We give the Canadian band a name, they tell us if it's a type of cheese or a hockey player. See how they did in this EXCLUSIVE video: http://spr.ly/61878XxLX

Other Radio Stations in Portland

Any chance you all could ever add Failure to your playlist? They are a classic 90’s band who had their (first) heyday in the early days of this station. They are still touring and making new fabulous music to this day. 1996’s Fantastic Planet influenced so many artists of this era and later. It will mesh perfectly with the rest of mix from this time, and they are criminally underrated. Break out of the mold of your corporately-approved playlists. You’ll be surprised at listener response.
For the last several weeks I am not able to get KNRK-2 on my car's HD radio. Did you stop the local broadcast?
Enjoy more than mainstream radio play
These guys just released this single and video groovy and tasty take a listen I’m sure you’ll like it!

https://www.facebook.com/wildireband/videos/1872805872781594/
Local boys released a new single and video and will be playing the Hawthorne tonight and opening for Covet in July at Lola’s room.

Other Radio Stations in Portland (show all)