Award winning digital post production studio based in Portland, OR. Producers | Mixers | Sound Designers We approach every project with a singular belief: That audio has the ability to transform the ordinary into the extraordinary.

That when approached with passion, vision and talent, audio can be the difference between good and great. It may be the last step in a long production process. But we prefer to think of audio as every production’s crowning achievement.

What—an in-person event? Feels unreal, but we’re more than ready to start reconnecting with this community face to face. Assistant Engineer Tristan Schmunk and Senior Creative Producer Jason will be there (both of whom joined our team during the pandemic, so come meet Dig1’s newest faces).

The OMPA directory is an invaluable asset to our community. We frequently send folks to the directory to find talented Oregon resources. All great reasons to come together and celebrate.

#Repost Oregon Media Production Association (OMPA) with @get.repost
・・・
TODAY IS THE DAY! 🎉 You are welcome to register any time up until the moment of the party… starting now! Swipe for more information. Enjoy the company of your peers and make new connections during Mix & Mingle Bingo! Link in bio for event registration.

Candid or plandid? Tristan will never tell as he mixes educational videos about popular music from Africa for Music Workshop
📷: Michael G Ingram

[Sound On] It’s been one year (😱 😱 😱 ) since we released “The Mt. Freelance Podcast” with our friends @andrewcarydickson & @mathdept @mtfreelance. Our own @tschmunk.wav wrote and performed the theme song, as well as all the music throughout the show, and we know you’ll be humming it til next week.

If you find yourself freelancing or freelancing-adjacent, this podcast is for you. Or if you love interviews with creators who’ve worked on #Portlandia and @Shrillhulu, or with icons like @patrickmahomes and @tarajiphenson, then, yeah—there’s a lot of that too.

And if you find yourself in need of your own original music or some help with any stage of podcast production… you know where to find us.

Ever wonder what it takes to have a career in voice over work? #OMPA ’s next online event has you covered. Get tips from pros who are active in the field, including Dig 1’s senior engineer, the multi-talented Josh Millman.

#Repost @ompa_org
・・・
Meet our panelist Josh Millman (@pdxjoshmillman)! Join us this Tuesday, April 12th to hear of Josh’s experience on both sides of directing voice actors and being directed. Register with the link in our bio.

A big thank you to Regional Arts & Culture Council (@regionalarts) for funding this project!

Throwback to the time our producer Kelsey got a tattoo during our annual planning meeting. It’s not all fun and tattoos at company meetings, it’s really all about our community and how to serve you better. If you have thoughts, we’d love to hear them or if you want to hear “how the hell did a company meeting turn into Kelsey getting a tattoo?” feel free to hit us up. Speaking of, Kelsey is away from her desk for planning today, so pardon the delay in communication.
#circa2018

Posted @withregram • @eewithacee I first met William Hurt in 2004 when he came to @digonepdx for ADR on the film “The Village”. He told me the amazing story of flying his Cessna over Malheur Co to spread his father’s ashes, only to be so amazed by the state’s beauty that he proclaimed “I need to make this my place”. Lucky for us. Over the last 17 years, he became the lost friend who would show up unexpectedly for dinner.

I have an unspoken rule to not take photos of the famous people who come through our doors, but for some reason we asked for this photo back in ‘04. Two years ago, during the height of the pandemic, I printed this photo and gave it to him. To my surprise, he was absolutely touched and asked if he could give it to his son (maybe because it showed William being playful). Then he thanked me for having the courage to take the picture all those years ago. In 2020, I felt anything but courageous.

We knew Bill was sick (he didn’t like that I called him Bill as it was too pedestrian, but he said I had permission regardless) and it’s been hard to see his visits dwindle. We shall miss his intense diatribes at lesser directors, his never ending stories, his lack of parking skills, his passion for the craft, and (as @tschmunk.wav recalled) his pandemic elbow bumps (which often turned into a do-si-do). Mr Hurt, we are glad you made this your place. RIP

Hey friends, Digital One is happy to finally announce the release of 1-800-HOT-NITE @1800hotnitefilm . Don’t let the title fool you…it’s a great coming of age story based on some of the personal life experiences of the director Nick Richey @nickrichey8 . Our crack team consisted of sound effects editor Jeff Fuller @astro.jeff , dialog editor Corey Crawford @inthenighttime , foley walker Tristan Schmunk @tschmunk.wav and Eric Stolberg @eewithacee as sound supervisor and re-recording mixer. While Dig1’s facilities were the hub of audio operations, our pandemic proven systems allowed us to simultaneously work in multiple cities, culminating in final mixes at the Movie Madness Miniplex @moviemadness_pdx. The film is currently screening at the Santa Barbara International Film Festival, so go check it out!

Posted @withregram • @mtfreelance Ready for some laughs and lessons?

In our 11th episode we sit down with stand-up comedian and Last Comic Standing star Amy Miller who talks about her creative process, why stand-ups typically don’t use the word freelance, and the collective importance of live events.

Another episode of Mt Freelance has dropped for your ears to pickup! Checkout master multitasker Arlo Rosner talk about his numerous businesses and insatiable quest to work on new projects! You may rethink how much time you are spending on the couch

“Change Is Good!” This has been one of our mottos for this year (along with “be kind” and “take care of your neighbor”), and we are excited to see change right here on our block. I mean, how can you NOT love a better Naito forever! Looking forward to hosting a party for you all once the remodel is complete.

In case you missed it, we’ve created a podcast for freelancers...or anyone in business looking to be creative, successful and have a life.

Reason #37 why we created a podcast about freelancing.

Always entertaining to get promos for projects we had a hand in! While the world was in lock down last year, we quietly continued working on fun shows like @paradisepd with the hilarious @kylekinane and our friends at @BentoBoxEnt. Check out the latest episodes on @Netflix now!

Despite @tschmunk.wav assuring Bernie we’re following all of the COVID-19 safety protocols, he insisted on wearing the mittens “just in case”
#berniesmittens

We close from Dec 23 to Jan 4 in order to be with family and recharge our batteries, but we also let the equipment elves sneak in and hot rod our toys. Curious what they did this year?

We couldn’t agree more. Life is so much better when we listen

Mercury, AICP and Rosey awards pale in comparison to our latest distinction: SAG/AFTRA approved recording studio. Amazing or not, this does allow us to host talent as incomparably hilarious as the masked Aidy Bryant @aidybryant. Yo Aidy, thank you for helping us keep a smile on our face, even in the midst of this sh--show pandemic!

In preparation for tonight’s event, we’d like to volunteer our services to the Commission on Presidential Debates. #mutebutton

Like all good productions, we believe in being ahead of the game. Today, we delivered 14 days before the deadline. Any Questions? #voting #votingmatters #votebymail

Everyone at Digital One is registered to vote! #voteready #nationalvoterregistrationday

“One lives not just for oneself but for one’s community“

We are indeed living and working in interesting times. A note to you, our clients, our community. Your health is very important to us. And you know that we always love having you onsite in our studios for audio sessions. Given the current situation and recommended distancing, we want you to know that we’re fully equipped with all of the technology to set you up to participate in sessions remotely, record your quarantined talent, and keep your projects on the books and running smoothly.

Coronavirus be damned! We’ve got your back!

Thanks and stay healthy, everyone.

Congratulations, @laikastudios! Way to represent. You make us proud to live and work in a place with such talented folks. We love you, Susan! #MissingLink

#Repost
・・・
We're thrilled that #MissingLink won the Golden Globe for Best Animated Feature and want to thank everyone whose hard work and creative passion brought this heartwarming adventure to life.

Congratulations, LAIKA! Way to represent. You make us proud to live and work in a place with such talented folks. We love you, Susan! #MissingLink

This season, we are donating 5% of December profits to a local non-profit near and dear to us. By booking your projects during December, you are partnering with us to help provide housing to Portland’s most vulnerable residents.
Transition Projects, Inc. is dedicated to helping transition the homeless into permanent housing throughout the metro area. Visit tprojects.org for more ways to help, or go to the Willamette Week’s Give!Guide to donate to their cause.

Hats off to Nike, OHSU Doernbecher Children's Hospital and this year’s Super Six! DB Freestyle is a powerful event that we were lucky enough to attend. Can’t wait to see these shoes out in the world.

Portland-filmed ‘Shrill’ will return for Season 2 in January

Good News! We love this show!

Hulu today released first-look photos from Season 2 of "Shrill," which is set and films in Portland and stars Aidy Bryant, of "Saturday Night Live."

Madison, the newest of the Digital One crew, made the Transition Projects, Inc. Veteran Stand Down post! Way to go, Mad Dawg and the whole Dig1 crew. Thank you for volunteering your time to help veterans experiencing homelessness get the resources they need, and treating them with kindness every step of the way. Thank you, Transition Projects, for including us in this great event. To say we dig it would be the understatement of the year.

Hey guys - next Wednesday 9/11/19, the Digital One crew will be volunteering for a cause that’s near and dear to us — 2019 Veterans Stand Down with Transition Projects, Inc. Please consider donating a move-in kit for a veteran (or non-veteran) transitioning out of homelessness. The kits are easy to put together, accepted year-round, and they give a huge boost to anyone moving off of the streets and into permanent housing. Find out how you can put together a move-in kit at https://bit.ly/2lCxetG

Be the first to know and let us send you an email when Digital One posts news and promotions. Your email address will not be used for any other purpose, and you can unsubscribe at any time.

Send a message to Digital One: 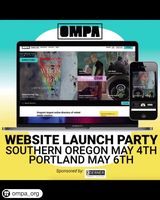 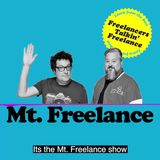 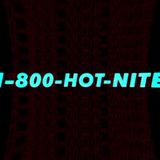 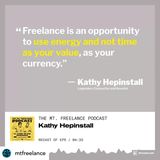 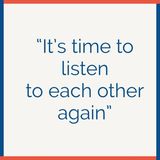 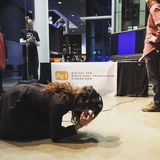 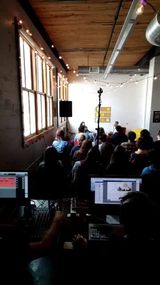 Join NW Documentary on October 26-27 for a series of hour-long presentations giving an overview of what it takes to bring a film from picture lock to premier. We'll cover final color and audio, distribution, legal issues, and more! Hear from professionals what it's like to work with filmmakers and how you can most effectively collaborate to help get your project over the finish line and in front of an audience! Featuring presenters from Collective Eye Films, Digital One, Oregon Volunteer Lawyers for the Arts, Piñata Post! https://www.facebook.com/events/800846026997779/
The incredible volunteers at Digital One are collecting move-in kits for our veterans program! Thank you Digital One! Want to do the same? Help make someone's new apartment a home! Move-In Kits can be dropped off 24/7 at 665 NW Hoyt St. Learn more about how to put one together here>>https://www.tprojects.org/donate/items/Move-In%20Kit%20Donation%20Guide.pdf