Recording Studio Revolver Studios is an analog and digital recording facility located in Southeast Portland, Oregon. Founded in 2004 by Collin Hegna and Nalin Silva, Revolver is a comfortable environment for the creative process.

It is with a wide spectrum of emotions that Nalin & I find ourselves announcing that we are moving out of Revolver Studios’ current location. The building known to us simply as "Revolver" has been home to us for the past 13 years. Countless hours of creativity have been logged here with artists, many of them dear friends, from the local Portland music scene and around the world. Each of these creative endeavors were entrusted to us in a way that we honor and cherish. So many wonderful folks have poured their hearts into this space, us included. This room is filled to the brim with memories.

The story of Revolver is really hundreds of smaller stories woven together. Here we wrote and recorded 5 Federale Records. We produced music featuring members of the Oregon Symphony for a Super Bowl commercial with Clint Eastwood that was nominated for an Emmy. Hosted several OPB Music sessions with the likes of And And And, Dr Dog, and Black Belt Eagle Scout. We recorded countless records for bands large and small. Hundreds of band rehearsals were had. Hundreds of thousands of beers were consumed.

When we moved into this space sometime in November 2005 this part of Portland was a very different place. The rundown brick building next door, known as Sally Mack, was a relatively vacant and unused building. Rontoms didn’t exist. This was a relatively undesirable and “seedy” area. Nalin and I had the idea to rent both the studio space as well as Sally Mack and start a business renting practice spaces to our friends for cheap. We built out our studio over the next few years with our own untrained hands and without the aid of a credit card, let alone investors. And we filled Sally Mack with an impressive group of creative folks. Those two buildings became alive with artistic energy. Bands such as The Helio Sequence and Blitzen Trapper used their creative spaces to self record records that would become catalog standouts. We kept rent as low as possible and maintained the ethos of being “The Nuggiest Landlords In Town.”

As Portland grew and the music industry shifted we found ways to adapt. Nalin started mixing records recorded at Pickathon. Collin began doing more custom music for ads and scoring music for film and TV. Hell, we even had a Federale song in The LEGO movie. Eventually we could no longer afford the Sally Mack building. We moved our rehearsal space business to other, more affordable locations. But we held on to Revolver, because it is a special place. Everyone who walks into Revolver for the first time remarks something like “Wow!” while scanning the space.

In mid-2018 it became apparent that we could no longer afford our studio space. Our need for that large, beautiful room had decreased year by year as our rent climbed beyond our capacity. It became apparent what we needed was a smaller, cheaper space. We’ve spent the last six months exploring many, many options for a solution. We’ve recently teamed up with Music Portland and are working to help usher in their concept of a music hub space where bands can have access to affordable creative spaces in Portland. However the timeline for that project hasn’t lined up with our needs to vacate Revolver in January.

Graciously, our friends at Type Foundry Recording Studio have offered for us to “shack up” with them. Of all the potential solutions to our conundrum this has proved by far to be the most appealing. This scenario allows us access to their amazing studio space when the project dictates, as well as the ability to create our own small mix and overdub room adjacent to the main tracking room. Revolver will live on! Type Foundry celebrated its 20th anniversary last year and has been responsible for some of the best records to come out of Portland in that span. We can’t thank them enough for inviting us into the fold!

We’d like to extend a sincere THANKYOU to everyone who has been a part of Revolver #2. Please post links to videos/music created at Revolver #2 on our wall. We’d also like to see your favorite photos!

Check out a new video for our friend Joel Gion!

Today marks the 9th Anniversary of Revolver Studios! We've come a long way. Thanks to all the folks who have trusted us with their art. And helped us in achieving our goal of making a recording studio By musicians, For Musicians. 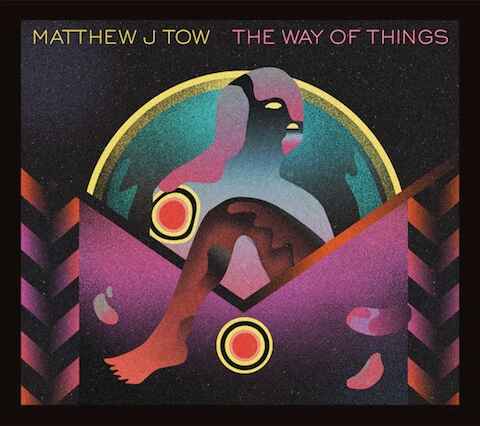 Review of MJ Tow's fabulous record. Out now on Xemu Records. Recorded primarily here at Revolver Studios in Portland, OR. With the guidance of Chango and the wildly talented Ryan Carlson van Kriedt. Check it out now.

Great write up about Ancient Heat! A band making their new record at Revolver Studios.

For a band that has released only one 12-inch single, the sizzling Oh...You Bad EP, Ancient Heat does not lack fans in its hometown of Portland.

The Chrysler Superbowl Halftime commercial (featuring music recorded and produced Revolver Studios) has been nominated for an Emmy. Thanks to Alison Ables, Weiden + Kennedy, and Clint Eastwood! And all the great musicians featured!!

Dodge "Shaun in the Challenger" - Halftime in America

RAM "Tommy and the RAM" - Halftime in America

Times have been tough, but you didn't complain. You didn't stay home feeling sorry for yourself because you knew where there's a truck, there's a job. It's t...

Not all of us grew up with everything we wanted. That's why it's important to take risks, as scary as they might be sometimes. Dream big, set your own course... 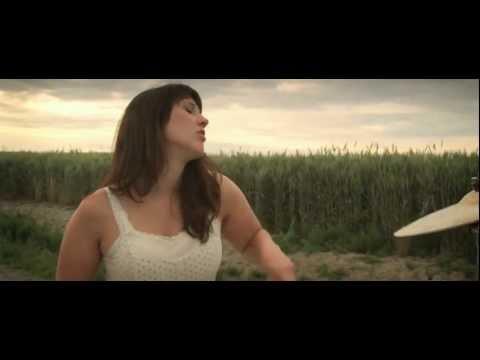 The Shivas - Gun In My Pocket

www.TheShivas.com Official music video for The Shivas "Gun In My Pocket" Directed By: Keaten Abbott http://www.keatenabbott.com/

The important first step to the next Federale record!

Federale just unleashed a new website! And they're gonna record a new record here at Revolver in the following weeks.

Portland, Oregon’s Federale plays music that evokes 1960s Italian-made Western films. Formed in 2005 by six musicians, including members of The Brian Jonestown Massacre, Federale set out to re-capture the haunting, violent atmosphere illustrated in classic films such as “A Fistful of Dollars” and “O

opbmusic: Music from the Pacific Northwest and more

Airing this Saturday night at approx 9PM. Recorded/Filmed at Revolver!

Justin Townes Earle took the stage at Mississippi Studios on Sunday evening and stayed there for the better part of two hours. Performing with a trio, Townes Earle played songs spanning his expansive catalog along with a tune from his next record and a gorgeous Springsteen cover. Read on for a full

Recorded an In Studio session for OPB Music with AgesandAges on Monday at Revolver. Look/listen for it on the air next week!

We just added some great new ribbon mics to our collection. A matched pair of Coles 4038s (!!!) as well as a newly modded active circuit for our EV V-3. Known as the “cloud lifter” mod courtesy of Stephen Sank at Talking Dog Transducers.

Be the first to know and let us send you an email when Revolver Studios posts news and promotions. Your email address will not be used for any other purpose, and you can unsubscribe at any time.

Send a message to Revolver Studios:

This is becoming quite the regular thing on a Friday night at PRP... Tune in at 6pm tomorrow night (Friday June 4) to hear Subculture host Veronica Bisesti chat with the lead whistler and creative force behind Federale...drumroll please... Collin Hegna Not only did Collin bring new Federale music, he talks about matching music with movies for The Lot at Zidell Yards summer series (in conjunction with The Hollywood Theatre) and his co-ownership of Revolver Studios Don't miss this interview...it's awesome! #federalepdx #collinhegna #spaghettiwestern #thelotatzidellyards #pdxradioproject
Check out our beginners guide to recording studios featuring insight from local pros at B-Side Studios, Revolver Studios, bathrobe_records, Burn Money Music and Dead Aunt Thelma's Studio + take a trip back in time before our namesake festival returns this summer—as Vortex2020—after 50 years! Dig in ⏩ vrtxmag.com/newsletter/guide-to-studios WIN 🎟🎟 to #PDXmusic 3/13 Open Music with Caroline Shaw x Oregon Symphony at The Alberta Rose Theatre 3/18 Royal Jelly Jive + Object Heavy at Doug Fir Lounge 3/20 Left Hand Smoke + Purusa + Bart Ferguson & The Edward Stanley Band at Star Theater 3/25-29 Treefort Music Fest 4/19 Olivia Awbrey + Long Hallways + Rum River Cult at Doug Fir 5/6 Black Violin at Portland'5 Centers for the Arts' Keller Auditorium 5/21 The Dandy Warhols x Oregon Symphony at Arlene Schnitzer Concert Hall 7/16-19 Northwest String Summit 👉 vrtxmag.com/calendar
Never been in a recording studio before? Does the thought intimidate you? Chris Santella chats with local pros from B-Side Studios, Revolver Studios, bathrobe_records, Burn Money Music and Dead Aunt Thelma's Studio about the process so you know before you go!
Had a great Dr. S EP mixing session at Revolver Studios with Nalin Silva yesterday and finished recording the last bit of vocals for the previously shelved All I Feel Is Yes EP tonight (sampled in the above video). It's been a productive music week!