From concept to completion: we shoot, produce and edit videos of all sizes and budgets.

Congrats .j_ ! A short film we exec produced was selected for this years festival! Will post the screening as soon as the schedule goes live!

Did you hear the theory that T-Rex arms were actually wings? Invert the arms and they resemble a chicken or ostrich!

Love seeing the creativity that comes from our crew! You may have seen Joshua B. helping out on set but did you know he also writes and sings?

Halfway through recording our first album, thought it was the perfect time to finally release a single. This song will be everywhere (Spotify, Apple Music, e...

Another day at the office 🦖

Virtual OMSI After Dark: FizzFest and Portland Mercury Music Series coming up! Join us for one or both!

Excited to stream this series we shot + edited

Appreciate the shoutout for our streaming biz, we love Oregon Museum of Science and Industry (OMSI) !!!

Our video technicians hard at work in Salem, Oregon!

All set for the ART closing reception (heliorana will still be here!). If you missed this collection of artwork from Libby Grise Josh Winegarner & Amy Maja c’mon down to the Foster studio tonight 6-8.
Or just come on down and help us down these growlers, I mean we can’t recap them, they will just go bad.
Hope to see y’all soon

Another PSA, this one brought to you by Team Rainmaker Bradley Beck Ryan Beck (but they weren't driving at the time!)

"YET ANOTHER REASON NOT TO SIT ON HAY BALES!"

We have been loving working with the Oregon Department of Education on their live streaming. Here is a snippet of when Jason and Govenor Kate Brown met.

If you missed out on our open house for design week, We have some good news for you. We will have the art up all month! Schedule an appointment with [email protected] to come view this amazing

Heliorana's founder, Jason, chatting up everybody at the Super building. Bet you can't guess where our logo came from...

Open house in Session! Come check us out tonight at the Super Building!

After years of attending the amazingness of Design Week Portland for 2019 we are getting more involved. Come visit us APRIL 11 at our Foster Studio for an open house with artists, video, beer and coffee.
Step through our multimedia time portal storefront and spend a little time with us!

One of a series of videos we did for OMSI of famed Egyptologist Dr. Hawass when he visited Oregon Museum of Science and Industry (OMSI)

King Tut died suddenly at the age of 19 and Dr. Zahi Hawass explains how we know who took over for him as pharaoh.

Learned a lot from this interview with Dr. Zahi Hawass. Check out the Oregon Museum of Science and Industry (OMSI) Egyptology exhibit before it's gone!

King Tut died suddenly at the age of 19 and Dr. Zahi Hawass explains how we know who took over for him as pharaoh.

Hey developers, it’s here. The Magic Leap Independent Creator Program is offering grants of up to $500,000 per project. Submit by Dec 15 to make your big idea real.

Have a hankering to learn the basics of DIY filmmaking? Jason is teaching a weekend intensive at Wayfinding Academy and it's open to the public! Only $30 for 12 hours of instruction. There's still room for a couple more students :)

DESCRIPTION Introduction to DIY filmmaking! In the style of 48 hour film festival, we will write, produce and edit a short film, which will be submitted to a film festival! Learn how to translate a short script/concept to screen, light up the set using available or low cost lighting, make the most o...

Had a fabulous open house last night. Glad some of you could come out and check out our new office!

It was an honor and privilege to spend time with the Moriguchi family on this project for Children's Tumor Foundation!

Siblings Frankie and Olyviah Moriguchi are the inspiring 2018 NF Ambassadors of the Children's Tumor Foundation. To enable closed captioning, click the CC bu...

Take a break from the Holiday bustle and check out Oregon Museum of Science and Industry (OMSI) Gingerbread Adventures exhibit!

If you've seen , you're probably wondering: HOW did they do that?!?

Come check out our favorite exhibit at Oregon Museum of Science and Industry (OMSI) this holiday season. Now through January 1st!

The second annual Gingerbread Adventures is here! You've got to see the amazing sculptures created by our incredible baker / architect teams. Open through Jan1.

Excited to be a part of this event!

We are partnering with the Black Parent Initiative and local program providers to bring hands-on STEM opportunities to youth for BPI's 7th Annual Parent Symposium this Saturday. In one such session, Heliorana Filmworks will be hosting a Live-Action Experimental Film workshop with MadTruth Studios and friends.

See you on Saturday on the mountain!

Coming up this weekend!

Second day shooting for a new client. Excited to dig into the edit!

Had a blast creating this for TEDx Portland!

Proudly presented by REGENCE Blue Cross / Blue Shield - for the first time, TEDxPortland reached out to the creative filmmaking community here in the Rose Ci...

Rough day at the office. ;) 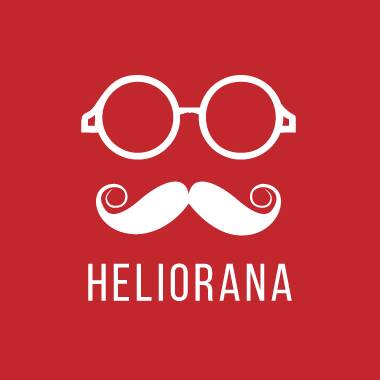 Foster Kids in the House

Recent video for Youth Today. These former foster youth are doing some amazing work in the Oregon legislature.

"You might not be able to choose what time you go to bed or what you're eating for dinner, but you can talk to the legislature about how to make things bette...

Seeing is Believing for TedxPortland 2016

The video we produced for TEDxPortland is now live.

This is "Seeing is Believing for TedxPortland 2016" by heliorana on Vimeo, the home for high quality videos and the people who love them.

Stoked to share a short film I created at TEDxPortland. Enjoying the speakers and excited to hear the Portland Gay Men's Chorus perform today!

Be the first to know and let us send you an email when Heliorana Filmworks posts news and promotions. Your email address will not be used for any other purpose, and you can unsubscribe at any time.

Send a message to Heliorana Filmworks:

Throwback to the time a T-Rex appeared at Oregon Museum of Science and Industry (OMSI) Did you hear the theory that T-Rex arms were actually wings? Invert the arms and they resemble a chicken or ostrich! 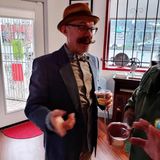 Heliorana's founder, Jason, chatting up everybody at the Super building. Bet you can't guess where our logo came from... @designweekpdx #designweek2019 #pdxart #pdxvideo

Here is the Lexus promo I wrote & edited for OMSI and Portland Monthly's "Brainstorm" event. The last 2 nights it played at Weiden+Kennedy during the presentations and will be featured in a kiosk at OMSI for the upcoming year.

Check out my brother's business, Plumbing by Bike. Just finished this commercial for him. One word: SexySexyBicycle!

Recently my friend, client and Ecoplumber, finished a grey water system over at People's Co-op in SE. He helped People's realize another innovation that is leading the way in green construction. Here's a video teaser introducing a longer "How It's Done" video coming soon from Heliorana and Ecoplumber.

For those of you that are keeping track, here's the final speed race for first, second, third of the PDX Adult Soapbox Derby 2019 #22

Other Broadcasting & media production in Portland (show all)